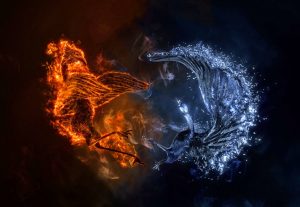 I have contributed a chapter to a book appearing next year on Anthropology of the New Testament, exploring Revelation’s depiction of the human condition. I include here some paragraphs from my introduction, and the conclusion. Revelation’s anthropology (like much else about it!) is less straightforward and less predictable than commonly thought.

Excavating the anthropology of the Book of Revelation holds some unique challenges. Within the Pauline corpus, although we do not find doctrinal statements as such, there is no shortage of theological material to draw on. Within the gospels, we are offered paradigmatic examples of healing, deliverance and forgiveness, which throw light on the human condition, human need and the route to human wholeness. In contrast to the Pauline correspondences, though in common with the Gospels, much of the material in Revelation is in narrative form, and so Revelation’s distinctive anthropological perspective needs to be inferred from the elements of the narrative.1 Unlike the Gospels, though, Revelation is hardly conventional narrative, so the usual tools of narrative criticism (plot, characterization, point of view, narrative time, role of the narrator, and so on) do not apply straightforwardly.

A fruitful way into questions of anthropology is to look at the terms used in the text for human figures and humanity, observing how they function within the narrative and where they occur in both narrative space and narrative time. This allows us to focus on both the metaphorical/symbolic significance of the terms used and structural features related to their occurrence, thus addressing directly some of the distinctive aspects of Revelation’s narrative approach. The most significant terms relating to human figures are the names of John himself and Jesus, and both of these offer important insights into Revelation’s anthropology. Two important related collective terms, the ‘kings of the earth’ and the ‘inhabitants of the earth’ are analysed next, followed by the named individuals and groups in the messages to the seven assemblies in chs. 2 and 3. Finally, the remaining collective terms are assessed prior to concluding observations about how Revelation depicts humanity.

(Here follows the main bodily of the analysis, before drawing these conclusions.)

In the text of Revelation we are offered a rich tapestry in the depiction of humanity. On the one hand, the general descriptions of humanity highlight the variegation of power and ethnicity, and make this variety more clearly visible than any other New Testament writing. On the other hand, the particular Christian congregations (assemblies) are depicted as very mixed in their struggle to maintain faithfulness in their calling as followers of the lamb. Some are doing well; others are finding it hard to resist misleading teaching and influences; some appear to be at the point of fatal compromise. In both these descriptions of humanity (the general and the particular), the text makes space for the mundane realities of first-century life.

Against this variegated reality, Revelation also depicts humanity in ‘ideal’ categories, which involve a sharp bifurcation between the redeemed and the rejected, and so anticipate future destiny. The tension within the narrative, in each section of the book, is largely generated by the question of how the diversity of humanity (within and beyond the assemblies) relates to these two possible destinies.

Some readings of Revelation have seen the bifurcation of these destinies as an all-pervasive binary, which makes the book a simplistic and potentially dangerous text. But the evidence of the mixed nature of the assemblies in chs. 2 and 3, and the ambiguities inherent in the terminology of the ‘kings of the earth’ and between the redeemed as the ‘144,000’ and ‘from every tribe, people, language and nation’ demonstrate that the mapping of future destinies onto present identity is fluid and indeterminate. The present age is construed as a period of testing and trial but consistently as an opportunity for ‘repentance’ (for those within the assemblies as well as those without) which will affect one’s final destiny.

Because of this, humanity is portrayed as having the power as a moral agent with a qualified sense of free choice. The world is shaped by cosmic forces of good and evil (represented respectively by the multitude of angels in the text and the figures of the dragon, beasts, whore and false prophet) and, although these are powerful, they are not in themselves determinative of human destiny. They create a world in cosmic conflict, and because of this, humanity does not have absolute freedom – but does have the freedom to decide which side to be allied with. We are not completely free, but we are free enough to respond to the liberating invitation of God to share in the victory of the lamb. Redemption is constantly a possibility, and this involves liberation from oppressive powers of spiritual domination which operate in the sphere of the mundane and the political.

This sense of moral responsibility is reinforced by the figure of John, who is a near-model of faithful witness but who must choose to commit to this path, and the qualified confidence in the process of revelation. God’s perspective and insight on the way the world is and the choices faced by the Christian communities is not expressed in unqualified autocratic terms, but must be listened to, received and acted upon.

The theme of creation is prominent in the text, in the authority of God as creator, in the praise of his power as creator and in the final goal of the cosmos being the renewal and redemption of the created order. The notion of humanity as created in the image of God can only be inferred from this rather than being expressed explicitly. The sin of humanity is in the failure to worship the true God, and humanity’s redemption comes from the sacrifice of the Lamb upon the throne in breaking the power of all false claimants to worship, and liberating humanity to experience the victory of keeping faith as true witnesses and true worshippers.

Humanity in Revelation is portrayed as inhabiting a specific chronological time and a specific cultural, social and political space. But these locations are not of absolute importance. Spatially, the redeemed in some sense already inhabit the heavenly reality, so that both vertical (heaven/earth) and temporal (past/future/ present) distinctions are relativized. To become a follower of the lamb is to enter into a sense of history as the story of God’s faithful dealings with his people in the past, and the eschatological story of God’s redemption and renewal of the whole of creation. At the End, the space occupied by the people of God in the New Jerusalem is also the space occupied by the presence of God; the city is a cube, rep-resenting the Holy of Holies, and the whole city shines with the light of the glory of the presence of God (Rev 21:23).

For these reasons, Revelation’s anthropology is both realistic – in that it expounds the complexities of life and faith as they are experienced in practice – and idealistic – in that the text constantly holds out the hope of clarity and perfection in the eschaton. The comfort of the text lies in the possibility of locating humanity’s messy reality in the ideal vision of human destiny; the challenge of the text lies in the urgency of the need to do so.

1 thought on “What does Revelation tell us about the human condition?”