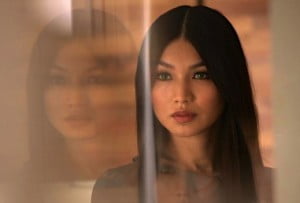 I have become unexpectedly gripped by the new sci-fi drama on Channel 4, Humans—and I am not the only one. It has become Channel 4’s biggest drama since The Camomile Lawn in 1992. It is set in an alternative present, where robots have been developed far enough to look human and are known as ‘synths.’ You can buy or hire one for about the same cost as a car; they now carry out the menial tasks in society such as road-sweeping and cleaning, and are the standard way that medical care is provided in the home.

One part of the drama centres around Joe and Laura Hawkins and their three children Mattie, Toby and Pixie. Joe hires a synth to help address problems in the family and in his relations with Laura, a solicitor who is often away from home with her work. The drama touches on the usual ‘big issues’. Mattie is disillusioned with school work and the possibility of a career in a way that echoes the perennial challenge of technology which makes people redundant: ‘If I train to be a doctor, it’ll take seven years. But by then you’ll be able to turn any synth into a brain surgeon in seven seconds.’ We are shown the different ways in which men and women respond to having a synthetic human presence. When Anita is delivered, Joe discretely pockets the information about ‘18+ options.’ And Mattie taunts her teenage brother Toby: ‘We all know why Toby is interested in Anita…’—which his subsequent explorations confirm.

But perhaps the most interesting theme examines how we respond to perfection. When Anita reads Pixie her bed-time story, she is never in a hurry or distracted, and pays Pixie full attention—unlike her mother, who is hassled and preoccupied and wants to hurry on to the next thing in her busy life. In the second episode, Mattie comes into the room and asks Laura what she is doing. ‘Just being a sh*t mother, as usual’ comes the terse reply. Another character also struggles with perfection. George Millican was an engineer on the original synth development, but is now old and unwell, and looked after by an NHS synth. She only allows him to eat what is best for him, and wants to open his curtains and clean his room—all things he clearly resents as he loses the freedom to be his own, imperfect, self. 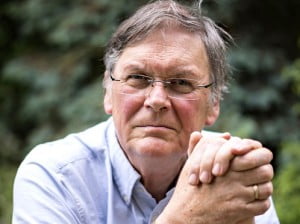 If we doubt that perfection can be oppressive, we only need to look at the news. Sir Tim Hunt was a Nobel-winning biochemist with a distinguished career spanning more than half a century—but all that was forgotten when he made an ill-timed joked about women scientists. He was forced to step down from his post at University College, London, despite having encouraged many women into science over the years. In areas of ‘political correctness’, only perfection will do, and any lapse from this will be condemned without mercy.

Sport is another area where perfection exercises its tyranny. A TV series before the last Olympics explored the demands made on athletes in their preparation for the games. Everything had to be sacrificed in the pursuit of perfection—other interests, relationships, even family had to come second. And poor performance on the day, for whatever reason, meant the end of a dream in a split second.

The tyranny of perfection can also be found in faith. Do we really want to spend eternity dressed in white, sitting on clouds playing our harps (Rev 14)? And the New Jerusalem might have streets paved with gold and the tree of life—but if eternity is going to be like one long church service, it doesn’t look that attractive! Too many have, on entering a church, experience a Pharisaical approach to perfection that has made them feel inadequate—‘not good enough’ to be a Christian.

Yet Jesus makes it clear that perfection should be our goal. ‘Be perfect, as your heavenly Father is perfect’, he commands (Matt 5.48) and assumes perfection will be our aim (Matt 19.21). Paul invites us to be transformed by God’s ‘perfect’ will (Romans 12.2); he addresses those who are ‘perfect’ or ‘complete’ (though our translations soften this as ‘mature’, 1 Cor 2.6, 1 Cor 14.20, Phil 3.15); and his aim to present everyone perfect in Christ (Eph 4.13, Col 1.28). In this spirit, one of the ‘canticles’ in the Prayer Book includes the line ‘Vouchsafe this day to keep us from sin.’ Far from being oppressive, I have always found this exhilarating. Despite all that I know about myself—my selfishness, my imperfections and my pride—it holds out the possibility that I might, one day, live a perfect day, a day without sin! Just as we might be spurred on to exercise for ourselves when we watch Olympic athletes break records, this vision has the potential to excite holiness in us.

So how might we see perfection as liberating, rather than oppressive? There is perhaps a clue in Humans. When Toby behaves inappropriately towards Anita, her protocols mean she must report this to the primary user, Toby’s father. But in an unexpected act of humanity, she tells Toby she will not report it this time—to his immense relief. In episode 3 (shown last night), Anita and Laura have a conversation about parenting. Anita comments:

In many ways I can take care of your children better than you, Laura. I don’t forget, I don’t get angry, or depressed, or intoxicated. I am faster, stronger and more observant. I do not feel fear. However…I cannot love them.

Perhaps this sheds light on our own natural tendencies to perfectionism. Whatever drives such tendencies, it is rarely love. But Jesus’ command to be perfect comes in the context of other commands to forgive and to love one’s enemies. This perfection is not a perfection of judgementalism or of obsession, but a perfection of grace and love. Jesus’ perfection involved eating and drinking, parties and weddings, noise and celebration. Yes, it includes costly discipline, and the loneliness of leadership. But at its heart it involves the warmth of friendship and a welcome to the marginalised.

If we can recapture a sense of perfection which includes all these things, a perfection of grace rather than judgement, then we might just find we have something exhilarating to offer to an imperfect world.

An earlier version of this article was published in Christian Today on 25th June 2015.

2 thoughts on “Who’d want to be perfect?”