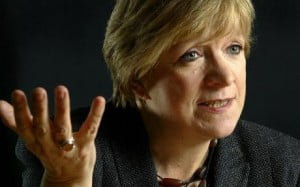 In September, I commented from my own experience in business and others’ experience in other sectors on Michael Gove’s proposal to introduce performance related pay in teaching. It is particularly pertinent for me practically, since I am on the appraisal group for the head of the school of which I am a governor. Apart from the damage it will do, I comment that:

…the most disturbing thing about this and other recent proposals is that they are based on no evidence at all—or even that they fly in the face of the evidence.

This week, Polly Toynbee offered more critique of this approach, across all sectors, demonstrating that this ‘carrot and stick’ approach feels good, but all the evidence shows it does not work.

Some bad ideas never die. Staked through the heart and dowsed in garlic, still they rise. No amount of evidence has killed off a near-religious belief in performance-related pay. Most research finds it useless or damaging, but faith in gut instinct conquers evidence when governments and managers need to believe it. That’s how they feel in control against the moral hazard of idleness.

She highlights the disastrous increase in banking bonuses, without any correlated improvement in the banks’ performances. But PRP has been causing problems for a long time.

For Remembrance Day, here’s a good example: when the Luftwaffe incentivised its pilots to target Spitfires, its bombers were left unprotected and so shot down in greater numbers. The same perversity is found in banking: Hampton blames the mis-selling of payment protection insurance on pay incentives, resulting in massive sales – and now massive fines.

The effect of introducing PRP has been to make pay within any given sector more and more unequal. This has happened in banking; it is now beginning to happen in teaching as well. And this growth in inequality acts as a serious disincentive to the majority of workers. This points to the kind of system that does work well, which is just the kind of system I experienced when making chocolate: to have all workers’ pay at every level related to overall business performance. This not only motivates, it also educates. If everyone’s pay is related to (for example) the company’s profitability, or return on assets, then everyone starts to take an interest in what this means and how it words.

Why the obsession with performance-related pay, amid this high- and low-pay crisis? Management by carrot and stick feels effective, even if it does no good. Financial incentives that work best are collective ones, with all staff rewarded together – John Lewis being the classic model. Yet PRP retains a mystical grip on this government, justifying high pay while dividing and ruling the public services.

I wonder what it will take for Government to start acting on the evidence.

7 thoughts on “Again: Performance Related Pay does not work”