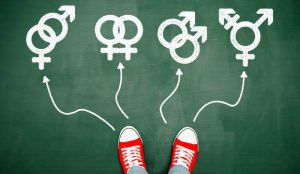 The Church of England has spent the last couple of years in a process of ‘Shared Conversations’ following the Pilling report on sexuality, the last major part of which was discussion at July’s session of General Synod. Quite rightly, the next stage in the process had to come from the House of Bishops, and their report to February Synod is now available online. (There was also a press conference this morning, but I have not received any documentation from that.)

The central plank of the report is that there should at present be no change in the Church’s understanding and doctrine of marriage and sexual relations, and this is expressed at several points. This is first introduced in para 18:

Two aspects of the emerging consensus are particularly important. First, there was little support for changing the Church of England’s teaching on marriage, as expressed in Canon B.30.3 Second, there was a strong sense that existing resources, guidance and tone needed to be revisited.

This is restated in paras 26 and 39 and several others points. There is no doubt that this will be welcomed with some relief by those who accept the Church’c current teaching, and who have felt as though the Shared Conversation process has been dangling like a sword of Damocles above them for the last few years—but it is also clear that it will be greeted with disappointment and anger by those who wanted to see the Church’s teaching on marriage substantially changed. There are some important nuances around this, though it is not clear that these will in any way ameliorate the negative responses from this group.

One of the things that was widely anticipated was a step back from intrusive personal questioning of those who are same-sex attracted about their personal lives, which would be seen as a move back to a policy of ‘don’t ask, don’t tell’—something written off by Andrew Foreshew-Cain on Newsnight as ‘shabby and shameful’. In fact, the report suggests in para 54 something much more sensible—reasonable accountability of all who are called to ordination, regardless of their situation.

The College and House inclined to the view that any questioning about sexual conduct should apply equally to homosexual and heterosexual people and take the same form – establishing that the person concerned understood the Church’s teaching that sexual relations were properly conducted only within heterosexual marriage and that they understood the principles of clerical obedience to the Church’s teaching.

I wonder whether the last phrase needed one final clarification—but it is clear that this report expects clergy to conform to this teaching. One slightly surprising (but I think welcome) aspect is the affirmation of the principle set out in 1991 Issues in Human Sexuality that clergy and laity have (not different standards of morality, but) different standards of accountability (paras 44–50):

It is clear, then, that there are good grounds in law for holding the clergy to an exemplary standard of behaviour consistent with the Church of England’s doctrine where the laity are not bound in the same way, and that the clergy open themselves to discipline if they contravene the guidance of the bishops on such matters.

All these discussions centre around what the House of Bishops is actually proposing as the way forward for Synod, set out in paras 22 and 23:

As a result of this process, there was a clear (although not unanimous) weight of opinion in favour of the option framed in the following terms:? Interpreting the existing law and guidance to permit maximum freedom within it, without changes to the law, or the doctrine of the Church.

(a) establishing across the Church of England a fresh tone and culture of welcome and support for lesbian and gay people, for those who experience same sex attraction, and for their families, and continuing to work toward mutual love and understanding on these issues across the Church;

(b) the preferred option should be backed up by a substantial new Teaching Document on marriage and relationships, replacing (or expanding upon) the House’s teaching document of 1999 on marriage and the 1991 document Issues;

(c) there should be guidance for clergy about appropriate pastoral provision for same sex couples; and

(d) there should be new guidance from the House about the nature of questions put to ordinands and clergy about their lifestyle.

In the context of declining to revise the Church’s doctrine of marriage, these all seem to me to be important—or rather essential—elements of future discussion. My consistent experience in talking to people from a wide range of backgrounds is the vacuum of teaching that there has been in this area—often because of lack of confidence or fear of causing offence. The heated nature of the public debate has, it seems, led to a lack of actual debate on the ground in many contexts.

Having said all that, those arguing that we should maintain what we understand to be the historical teaching of the Church shaped by biblical theology will not welcome everything here. The reference to the ‘classic Anglican triad of scripture, tradition and reason’ has moved away from the language found in Some Issue in Human Sexuality which helpfully set out the long-standing Anglican position of Scripture as having controlling authority, interpreted through the hermeneutical lenses of tradition (how previous generations have read Scripture) and reason (how we make sense of it). Para 34 sets out some of the key issues that need to be addressed in the future teaching document—but there are some notable omissions here. This subject cannot be tackled without noting both the sexualisation of contemporary society, which had led many in the debate to argue that ‘fulness of life’ (John 10.10) cannot be experienced without sexual activity, and the damage that this sexualisation has done to relationships at all levels. Against this, we also need to articulate a clear theology of Christian distinctiveness in society as an essential part of missional communication to the world—not least because this is now recognised as (in historical terms) the key feature of a flourishing church.

Overall, it seems to me to be a good report—but it needs to be well received. I don’t think it is helpful to say (with Gavin Ashenden) that the Church of England is ‘dying’ and that the orthodox should ‘consider leaving’. I do want to take seriously the response of those who will not welcome the report’s commitment to keep the Church’s doctrine unchanged. Andrew Foreshew-Cain commented:

To be honest I find it all exhausting and rather depressing – as well as frustrating and angering. I hope I can put across the case for inclusion and acceptance with grace and with a proper strength and determination. We are about to be sorely disappointed and many are going to feel hurt and betrayed again by our Bishops.

But I find the comments of others singularly unhelpful. Simon Butler, a fellow member of Archbishops’ Council, talks of the report as ‘Dust, crumbs, the fag end of grace after all the ‘righteous’ have had their fair share’, and that all the bishops have done is agreed to talk more. And the statement of LGCM/CA includes this:

The bishops have betrayed their people by suggesting that we could trust them to produce the changes that are needed. There is no sense from their proposals that they are making space to honour the lives, witness and relationships of faithful LGBTI+ members of the Church of England. There is no change in theology, no meaningful change in practice and no change in discipline. LGBTI+ relationships are still second-rate at best, there is no sign of their providing services of blessing for same-sex couples, and their ban on clerical same-sex marriage stays in place.

It is difficult to read this as anything other than: ‘The bishops show leadership when they agree with us and give us what we want; anything else is not leadership.’ In taking this kind of approach, the group appear to demand for themselves what they will not offer to others.

My real hope and prayer is that we can commit to working within the doctrine of the Church, that my fellow clergy can live within the discipline of their calling—and that we can now focus our energies on other, more pressing, missional issues.

208 thoughts on “Where are the bishops leading on the sexuality debate?”