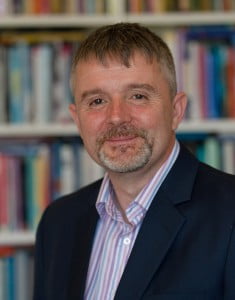 In anticipation of the Primate’s meeting in January, Martyn Percy, previously Principal of Ripon College, Cuddesdon, now Dean of Christchurch, Oxford, and Vice President of Modern Church, has set out his proposals for what should be discussed and agreed. He sums up his approach as a plea for a poetic resolution, something that transcends the merely managerial, but is ‘greater than the sum of its parts’.

Poetry takes a seemingly simple word, term or expression…and turns this into a quite different language. Poems are tongues of desire; of longing, lament and laughter. Poetry transforms ordinary words into new shapes and ideas that enhance our existences. It creates something new out of seemingly nothing. It finds wisdom and words of resolution where texts and tongues have failed before.

Just like an ecclesiastical Communion, a poem is greater than the sum of its parts. So as the Anglican Primates gather, may God grant them – and the church that I love and long to see so swell and intensify – exactly what it needs right now: the true non-sense of poetry.

That sounds like a laudable goal—and at times Martyn’s piece is impressively poetic. But we all know that some apparent non-sense is the most sublime kind of sense, whereas other poetry is, well, just nonsense. Where does Martyn’s proposal fall in this?

Martyn starts by looking to the example of the Church of Scotland’s recent decision to allow presbyteries free conscience on the question of appointing ministers in same-sex sexual relationships. He sees this as a possible way forward for the Church of England, but it does not go far enough, since it left in place the heterosexist norm that marriage is between one man and one woman, and same-sex unions are treated as deviations from this. Such evaluation conveniently ignores the fact that the decision was widely seen as a victory for liberalism, and passes over the crucial ecclesial issue: that the Church of Scotland is presbyterian and not episcopal. More fundamentally, Martyn either neglects or is ignorant of the key question in this debate. It is not ‘Are same-sex unions equivalent to marriage?’ (a question on which different parties disagree to a fairly intractable extent) but ‘Is the question of same-sex unions and marriage one on which we can exercise conscience, or is it more fundamental than that?’ ‘Traditionals’ would take the second option; liberals the first. And in Scotland, there was no compromise in answering this question in the liberal direction. But, for Martyn, that is not enough. Using the analogy of a restaurant menu (p 3), Martyn makes clear that the only satisfactory position is that his view on same-sex unions must be recognised as the norm, and that traditionalists become odd exceptions to this.

In passing, he also draws parallels with the conscience clause on women bishops (a parallel that doesn’t actually hold), and deviation from canon law on liturgy and robing amongst evangelicals. Again, this proves a poor parallel, suggesting as it does that the wearing of robes is as important an issue as our theology of marriage, and neglecting to mention the deviation that matters doctrinally—the use of the Roman Missal in Anglican churches.

This leads into the more important question of what it means to be a national church. Rather than engage with the (complex and theological) issues of what it means to be a ‘church established by law’ in a post-Christendom context, we are offered a couple of lazy generalisations. To dissent from a position taken by the majority culture in liberal Britain ‘is a route-march towards a tribal church’, which appears to assume an ecclesiology filleted of any sense of cultural distinctive or commitment to Christian discipleship. This in turn raises the thorny question of mission and growth: such a tribal church is like ‘a sad and unwelcoming restaurant’ from which ‘The diners duly leave’. Martyn returns to this scenario a couple of pages later in summing up the problem facing Justin Welby. ‘A theologically conservative church is not an attractive proposition to the emerging generation’; ‘A non-inclusive church is an evangelistic dead-duck.’

It is quite difficult to know how to respond to such ideologically-driven statements which are so far away from the evidence on the ground. Has Martyn never visited HTB churches in London? Or New Wine? Or any of the theologically conservative ‘new’ churches? Or black-led churches? Or one of the other BAME churches in London? Or Hillsongs? Or the FIEC? I can only conclude that here he is singing to the choir—a choir out of touch with wider research on church growth in the context of changing culture, and out of touch with large parts of the UK church on the ground.

Martyn reminds us that ‘the Scottish, Welsh and Irish Anglican churches have all been far more positive and open-minded on the issue of same-sex marriage and civil partnerships. Meanwhile, the Church of England – alone in Britain – has continued to travel in the opposite direction.’ If anyone can point me to examples of thriving church growth in the Church in Wales, I would be very interested to hear of it.

Instead, Martyn offers an insipid vision of a church conformed to culture. ‘A national church must cater for the whole palate of the population. That is what a broad church does.’ The palate of the nation is hardly salivating over the idea of repentance, the kingdom of God, Jesus as the embodiment of the very presence of the Holy One of Israel, the cross as God’s atoning work of reconciling sinful humanity, and the horizon of eschatology as the hope for humanity—so what does ‘being a broad church’ mean in this context? Given that the Church’s differences with society on sexual ethics are tied in to each of these, how can this question be dismissed so casually?

Martyn continues to identify key questions—and then dismiss them with simplistic answers. ‘At the heart of this is a debate over what is ‘natural’ and ‘normal’, and therefore part of God’s created order.’ Yes indeed—but the presence of ‘gay giraffes’ then obviates the need for any consideration of research or reflection about whether what is in the world is what should be. However the world is tells us how God intended the world to be. You would never guess that there have been hundreds of years of Christian debate about natural theology, nor that there is a biblical theology of fallenness of the world to be taken into account.

Such simplification does not bode well for engagement of wider questions in the Anglican communion. Since when did anyone claim that ‘The Church of England counts 25 million members’? And what is Martyn’s evidence that membership figures in other countries are just as unreliable? To take a non-existent assumption and project it onto other cultures is a doubly unjustified presumption—especially for someone who doesn’t appear to have worked in the African church at any point. This could explain the dismissal of African attitudes as a legacy of Victorian imperialism, instead of a Christian resistance to indigenous religious culture. In Uganda, sodomy was part of the king’s exercise of power over his subjects, and refusal to submit to this was a key cause of the execution of the Ugandan martyrs. Without an exploration of this, pronouncements about what African churches ought to be doing look rather like a new cultural imperialism.

Underlying such simplifications is an unquestioning confidence in the triumph of theological liberalism. ‘The world only spins in one direction. It doesn’t stand still. And it doesn’t spin backwards.’ In other words, my view will in the end prevail, so you had better all get on board—and don’t waste any time examining the arguments too closely. It reminds me of the purported words of Don Cupitt, founder of the Sea of Faith movement, who would sit on his desk at the start of a lecture course, ask who the evangelical Christians were, and then tell them: ‘One day, you will all be like me.’ I wonder if he now recognises any turn of the tide?

If all of that is rather unhelpful, there is one part of Martyn’s argument which is distinctly unpleasant, and that is his personal attack on Justin Welby as a man unfit to lead the Communion—indeed, probably unfit even to be ordained, since he is not sufficiently like Martyn himself.

The Archbishop, can do little to re-narrate his background – as a privileged white male; Etonian, upper-class; and related to titled people, who has little experience of powerlessness. Indeed, in terms of powerlessness, it is hard to see how he can enter into it, let alone comprehend it. His negotiations as a businessman in sensitive areas of Nigeria, whilst winning plaudits in the media, are not the same as the work of reconciliation, and arguably not the right ‘fit’ for the church, where first-hand experiences of powerlessness are often important for shaping episcopal ministry. Indeed, any ordained ministry.

You would never guess that this was written by a privileged, white male, educated at public school, a single curacy in parish ministry, a Cambridge college chaplain, and now head of an elite Oxford college. The hypocrisy of it is only outweighed by its acerbity. Neither would you guess that the main response nationally to Justin Welby’s leadership has been the warm reception of his humanity and honesty. His recent sermon at the Child Bereavement Carol service was a model of vulnerable pastoral engagement—but I don’t suppose Martyn Percy read it, since it took place at that ‘backward church’ with ‘no future amongst the emerging generation’, HTB. I would love to read something half as engaging by Martyn himself.

And you would never guess that this was written by someone who grew Ripon College, Cuddesdon very effectively, not least by making some ruthless management decisions—or who vigorously opposed any move towards a shared syllabus for theological education, the one thing that ordination training actually needs. Commitment to unity, anyone?

Once again, the level of discussion about sexuality has taken a big step down. If, as Martyn claims, ‘all the noise comes from the shallow end’, then this is a very noisy piece indeed. My hope would be that, whatever direction the future conversations take, they will move away from simplistic dismissal, personal attack, and manipulative power plays. I supposed that’s not a bad thing to wish for in the coming year.