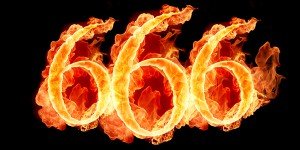 The ‘mark of the beast’ in Rev 13.18 is the most notorious and talked-about aspect of the book.

[The beast from the land] also forced all people, great and small, rich and poor, free and slave, to receive a mark on their right hands or on their foreheads, so that they could not buy or sell unless they had the mark, which is the name of the beast or the number of its name. This calls for wisdom. Let those who have insight calculate the number of the beast, for it is the number of a man. That number is 666. (Rev 13.16-18)

There are a few things worth noting here immediately. The first is that John is not here offering an esoteric and mysterious code which requires secret knowledge to unlock. The phrase ‘this calls for wisdom’ is echoed later in Rev 17.9, when we are told about the identity of the Great Whore of Babylon: ‘The seven heads are seven hills on which the woman sits.’ This is a clear reference to the seven hills of Rome; it is not a secret! In the same way, it is reasonable to assume that John expected his readers to understand clearly what he was referring to.

This leads to the second observation. Quite a few commentators argue that we should not try and work out what the number stands for; it is symbolic, and its threefold ‘6’ suggests a falling short and imperfection, in contrast with the number 7 which is associated with God. In fact, 7 is a number of completeness rather than holiness, and the problem with this argument is that it contradicts the plain sense of the text, which in fact tells us to ‘calculate’, to work it out (the verb is psephizo, so you might imagine I have an interest in it!).

Thirdly, another thing which is often missed by commentators is that this mark cannot be interpreted separately from making sense of the ‘seal’ which is put on the foreheads of the 144,000 servants of God in Rev 7.3 (though the act of this sealing is never in fact recounted). Chapter 14 offers two juxtaposed scenes—of the 144,000 who have been sealed enjoying the presence of God, and the rest of humanity who have the mark of the beast facing the judgement of God. In other words, the two marks or seals divide humanity completely into two distinct groups, the saved and the judged. You either have the seal of God, or the mark of the beast; you cannot have both or neither. This is part of the text’s general strategy to raised the stakes in terms of the readers’ relationship with their culture; it is often less about comforting the oppressed, as much as challenging the comfortable to realise that they cannot compromise in their discipleship.

To read either of these responsibly, we need to consider what John and his readers might have understood by them, rather than randomly associate them with something in our contemporary world. For some time, there has been a strong scholarly consensus that 666 refers to Nero by means of a numerology known as gematria or isopsephism—adding the value of the letters in a word so that every word has a value, and equating two words with equal value. We know that Nero’s name was sometimes spelled with a final -n; ‘Neron Caesar’ when written in Greek, but transliterated into Hebrew letters adds up to 666 (see the image to the right for the sums).

There are several significant pieces of supporting evidence for this. First, when you write the Greek for ‘beast’, therion, in Hebrew letters, you also arrive at 666, making it clear that 666 is the number of ‘the beast’. Secondly, when you do the same with ‘angel’ in Rev 21, you get the number 144. Third, an early manuscript from Oxyrhynchus in Egypt corrects 666 to 616, which you would do if you understood the gematria, but thought that ‘Nero’ should be spelled without the final n. (There isn’t really any other plausible explanation for why this variant should arise.)

There has also been discussion about what the mark or seal might look like in Rev 7.3. The passage reuses imagery from Ezekiel 9, where a remnant of the citizens will be seal to protect them from coming judgement:

“Go throughout the city of Jerusalem and put a mark on the foreheads of those who grieve and lament over all the detestable things that are done in it.” (Ezek 9.3)

The word for ‘mark’ here is the same as the Hebrew letter tav, and the equivalent in Greek is the letter tau, which looks like a truncated cross in the same was as our letter T. So some have speculated that this is to do with the sign of the cross; it is the habit of Egyptian Coptic Christians to have a cross tattooed on their wrists as a sign of their faith. However, Rev 7 does not carry this term over, but instead uses the normal word for ‘sealing’. There is some connection, perhaps, with Paul’s language of the ‘seal of the Spirit’ in 2 Cor 1.22 and Eph 1.13.

These discussions might help us with thinking about the reference of the two terms, but they don’t actually address the question of their significance. Whilst writing on Rev 14, I was struck by the fact that the ‘seal’ of the 144,000 has now become the name of the lamb and ‘his Father’s’ name. This is the only time in the body of the vision that the term ‘Father’ occurs; the names appear to have become indistinguishable, just as the worship of the lamb has merged with the worship of the One on the throne; and the merging of names has echoes of Paul’s hymn in Phil 2, where Jesus is give the name above every name, which is the name of God.

In other words, whichever system of worship we ‘buy into’ will shape who we are. This will be visible to those around us, and will demonstrate our allegiances. The choice of whether to receive the mark of the beast, or the seal of God, is then less about being given a secret sign as about choosing how we live our lives. The choice is the same one that Paul describes in Romans 12:

With eyes wide open to the mercies of God, I beg you, my brothers, as an act of intelligent worship, to give him your bodies, as a living sacrifice, consecrated to him and acceptable by him. Don’t let the world around you squeeze you into its own mould, but let God re-mould your minds from within, so that you may prove in practice that the plan of God for you is good, meets all his demands and moves towards the goal of true maturity. (Romans 12.1–2, Phillips)

This might then take us back to the ‘seal’ as cross-shaped and related to the seal of the Spirit. The Spirit of God works in us in order to create the cruciform life in imitation of Jesus himself.

It looks like Revelation, rightly interpreted, is preaching the same gospel as the rest of the NT after all.

(For your amusement, I offer this image which ‘proves’ that Walt Disney is the beast:) 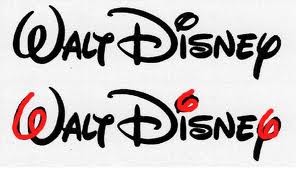 9 thoughts on “What is the mark of the beast?”