As a Christian leader, there are three things I would want to nurture in my fellow believers as they go about their occupations (whether paid or unpaid). The first is confidence to share their faith in appropriate and winsome ways. The second is to think through how the good news of what God has done in Jesus might challenge and reshape the nature and goals of their occupation. But in between comes the task of living out the gospel within the parameters that are already given.

A key value here, in our largely monetarist economy and individualist culture, is the importance and value of relationships. Matt Bird offers some great guidance on this in his book Relationology with its supporting website and blog. Others have argued for the recovery of the importance of relationships in public and commercial life, most notably Michael Schluter of the Jubilee Centre in Cambridge, who had been the founder leader of the Keep Sunday Special campaign. For a while he set up the Relationships Foundation and wrote The R Option which explored the importance of good relationship in a range of contexts, as well as The Relational Manager.

Matt Bird’s book is rather different. Instead of arguing theoretically, it is intensely practical, with 101 short chapters of only a page or two. Each chapter offers a reflection on one aspect of either building, sustaining or growing relationships, and includes a story or anecdote, a summary sentence, and suggestions for practical action. If you are unfamiliar with the world of business relationships and networking, no doubt some of the language will jar with you. There are sections on how to ‘work a room’, on making a good entrance, engaging people in conversation, and how to move on. But what is really fascinating is how this is interlaced with wise advice about what makes for strong relationships that have integrity.

This means that Matt engages directly with some quite profound observations about authenticity and sincerity in relationships, and Christian readers will be able to trace this back to Matt’s own Christian faith. But the ideas are presented in such a way as to be well integrated into the whole text, so would not grate for the average non-Christian reader. Some of the striking observations include:

Compliment people: in general, people do not think of themselves as highly as they should (p 32).

Authentic listening is actually a gift rather than a learnt technique (p 40).

Being vulnerable and putting yourself at risk says to the other person that you trust them and that you want to know them at a deeper, more meaningful level (p 46).

Taking risks requires you to trust your instinct despite the presence of uncertainty (p 164).

You might recognise some of these insights. I think I spotted the influence of Simon Walker’s The Undefended Leader at several points, and the comments on integrity owe something to the writing of Bill Hybels. Matt even managed to slip a quotation from the New Testament at one point, as a motto from ‘an ancient writing’! 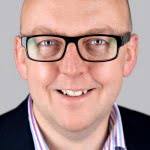 All this made for a refreshing read. Matt here offers us something that can stand up with credibility within his own context of business relationships—but offer something distinctly Christian within that, which will be of use in bringing something positive into that environment. Matt’s own work is testimony to the effectiveness of prioritising relationships. Alongside his other business interests, he is the founder of the Cinnamon Network, which enables churches and other organisations to have a positive impact on their own communities. In 2013 it was given a Big Society (remember that?!) award by Prime Minister David Cameron, who commented:

I’m pleased to be able to give The Cinnamon Network this Big Society Award in recognition of the huge difference they have made across the country. From jobs clubs to street pastors, by supporting churches to address the most pressing issues in their neighbourhoods The Cinnamon Network is transforming communities for the better.

But I wonder whether the focus on quality of relationships is something that churches and church leaders need to focus on as well. It was an interesting experience for me to attend a meeting during the time I was reading Relationology and as I entered the room and engaged in conversation with various people to find myself recalling advice and comments from the book! Yet so many churches struggle with pastoral care and mission because leaders and key members do not know how to form good, honest, encouraging relationships, both within the congregation and with the community beyond—or even between leader(s) and congregation.