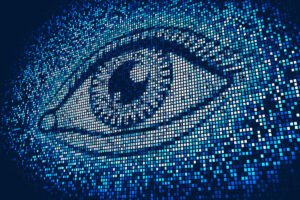 Mark Ireland writes: Our dependence on technology has been highlighted by the lockdown, as many congregations have discovered the benefits of Zoom, YouTube and Facebook. However, two events in the news recently have shown the digital revolution has dangers as well as benefits, in a world where knowledge is power.

In the UK the exams fiasco has shown the danger of making life-changing decisions about people on the basis of computer algorithms. Algorithms, which have the aura of impartiality, will always be unfair for some since they are based on probabilities. They also tend to have biases embedded within them because of the limited world-views of those (predominantly white males) who develop them. Distortions also creep in when the data is itself flawed, having been inputted by poorly paid, isolated workers in the gig economy, as Simon Cross highlighted (Church Times Comment, 7 August).

In the USA a Congressional Committee has interviewed the CEOs of the four big tech companies (Google, Amazon, Apple, Facebook) and concluded that too much power has been concentrated into the hands of too few, and regulation is needed. The chair commented that Google has evolved from being a turnstile giving access to the internet into a walled garden designed to keep competitors out, either putting competitors out of business or taking them over.

Over the last few weeks I have been reading Shoshana Zuboff’s timely and prophetic book The Age of Surveillance Capitalism (Profile Books, 2019), in which she shows how Google and Facebook use their knowledge about the most intimate details of our lives gleaned from our search histories on the internet, from reading all our emails, from the things we ‘like’ on Facebook and the fitbits and healthapps we use, not only to predict our behaviour and sell advertising individually targeted to us, but also to sell that information to those who mould and change our beliefs and our behaviour.

This financial model has brought huge profits but incentivises companies to increase the knowledge they have about us, by whatever means. The concepts of personalisation and the connected home, where machines anticipate our every need before we realise it, extends surveillance into ever more intimate spaces, as we let computers record and screen our conversations via gadgets like Alexa and Echo.

The terrorist attacks of 9/11 transformed the attitude of big government to the big tech companies. Having previously attempted to regulate them in the name of privacy, suddenly the US government and others realised that the best way to prevent future global terror attacks was to harness the tech companies’ knowledge, monitoring the world’s population on a much more sustained and intrusive level, to detect behaviour and personality types before a crime was ever committed.

Google and Facebook have cunningly made privacy a duty of the individual to protect, rather than an obligation of the companies to respect. A major tool is the misleadingly named privacy policy, which we all fail to read several times a day. Zuboff says these should be called more accurately ‘surveillance policies’, since they have been impenetrably drafted so that we unwittingly cede all rights over our personal information to the company to sell on to whoever they choose.

The big tech companies would like us to think that the digital revolution is unstoppable, and that their activities are benign and don’t need regulating. Yet are seeing many harmful outcomes:

As Christians we should be concerned. If we are made in the image of God then all lives matter equally, and our personalities are not mere commodities to be bought and sold for profit. Human autonomy is infinitely precious to a God who does not manipulate us but leaves us free to choose. God longs for relationship but only out of freewill not compulsion, even though he knows from the beginning that the decision to make humans free will cost the agony of the cross. As a church we are called to speak truth to power, to a prophetic witness speaking out against the accumulation of power and profit in the hands of the few, and the exploitation of the poor.

But now big tech companies know more about each of us than we know ourselves, and use their market dominance to squeeze out competition. For example, nearly 90% of searches online now use Google, and 63% of these searches end up on sites controlled by Google. Facebook is able to profile the likes and dislikes of every one of its 2 billion users, and to sell that information.

Apologists for the increasing intrusion of surveillance in our lives often say, ‘Those who have nothing to hide have nothing to fear.’ At one level Christians should be in a better place to cope with no privacy than others, if we are living lives of transparency and integrity. The psalmist writes: ‘You search out my path and my lying down, and are acquainted with all my ways. Even before a word is on my tongue, O Lord, you know it completely.’ (Psalm 139.3-4)

Being known by God carries no fear, because in God I am perfectly known, warts and all, and at the same time I am perfectly loved. But having so much about me known by tech companies, who are motivated by profit rather than by love, and use that knowledge to make predictions and judgments about my behaviour which may be wrong, is something to be afraid of. Artificial intelligence can never know me perfectly, because its algorithms are written by flawed human beings, and AI can never love me perfectly.

If knowledge is power, then intimate knowledge of us falling into the wrong hands, as with frequent large data breaches, is something to fear. On a more sinister level the government of China is now using its all-intrusive surveillance of its citizens through their mobile phones and other apps in a way that gives a frightening glimpse of how this information can be used in a totalitarian state to create a system of total social control.

In the 19th century there were two powerful reactions to the Industrial Revolution. One was to try to destroy the looms in the Lancashire cotton mills, to put the clock back, which of course was futile. The other was to use legislation like the Factory Acts and moral influence from the churches to mitigate the most harmful effects of industrialisation and harness new found prosperity for good ends.

Learning from the Luddites we need to resist the temptation to be ‘Christians against progress’, as if every new invention is somehow of the evil one. We also need to listen to the voice of younger generations in our churches, who are digital natives, and are more aware of the dangers as well as the benefits of IT, and often much more savvy than their parents.

Historically we need to take the long view and realise that people’s lives have been subject to powerful forms of social control in every age – in Lancashire, where I work, the 19th century millowners (some of whom had deep Christian faith and paternalist motivations) provided employment in return for the fruits of their workers’ labours. Often they employed wives, husbands and children, provided their houses, built the parish church, and even invested in the rise of Fylde coast resorts, so that their influence pervaded every aspect of life.

The advance of technology might be unstoppable, but that does not mean it has to be unregulated. In the industrial revolution the invention of the blast furnace and the spinning jenny could not be undone, but that didn’t mean there was no need for Lord Shaftesbury, the Clapham Sect or Octavia Hill, to stop children being sent down the mines and provide decent housing.

Learning from the example of the Clapham Sect in the 19th century, there are a number of practical steps Christians can take. We need to campaign for legislative change in Parliament – regulation of the tech industry is urgently needed in four areas, to promote safety, privacy, honesty and competition. The Bishop of St Albans’ influential work with the House of Lords review of the gambling industry shows that greater regulation to protect the vulnerable is achievable. The Church Commissioners can use their investment portfolio and the churches’ moral voice to bring pressure to bear on tech companies to act more ethically.

As individuals we can also do much more to protect ourselves and our own privacy. I have installed DuckDuckGo as my search engine, which keeps no record of my search history, and am now looking to change my private email from Gmail. We can also disable all but essential cookies when we visit a new website. But last and most important, we can redeem the culture – rather than bemoaning the digital revolution, let’s find more creative ways to harness it and use it for good.

(Originally published as two articles in the Church Times.)

Mark Ireland is Archdeacon of Blackburn and co-author of several books on mission, evangelism and discipleship.

26 thoughts on “What is wrong with surveillance capitalism?”