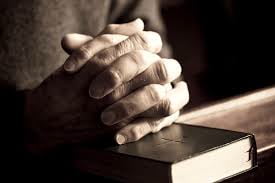 We have woken up to the biggest decision in British politics for the last 40 years. Many will be gratified; many will be shocked or surprised; many will be bitterly disappointed. It has resulted immediately in the resignation of the Prime Minister; it will have repercussions across the EU, and might begin a process of its break-up; it might lead to the break-up of the United Kingdom. And it will certainly usher in a period of economic uncertainty.

What should we do at such times? Can we do anything but turn to prayer?

We need to pray for those who feel devastated by the result, who feel a keen sense of betrayal of values they hold dear.

We need to pray for the family and friends of Jo Cox, who must feel doubly pained by the outcome.

We need to pray for those who have felt disenfranchised by political processes up till now, and used this vote to express this.

We need to pray for the deep divisions that this vote has exposed and perhaps exacerbated.

We need to pray for young people, who voted overwhelming to Remain, and their relationships with older people, who more often voted to Leave.

We need to pray for EU nationals who have moved here to live and work, and whose future is now uncertain as they face further upheaval.

We need to pray for British citizens living elsewhere in Europe, who have a similar sense of uncertainty.

We need to pray for the political leaders both here and in the rest of the EU, for wisdom and grace in future decisions and negotiations.

We pray for the poor, who are most likely to suffer from the coming economic uncertainty.

We need to pray for ourselves, that we continue to ‘act justly, love mercy, and walk humbly with our God’ (Micah 6.8), that we ‘seek first God’s kingdom and his righteousness, and all these others things will be given to you’ (Matt 6.33).

Eternal God, light of the nations, in Christ you make all things new:
guide our nation in the coming days through the inspiration of your Spirit,
that understanding may put an end to discord and all bitterness.
Give us grace to rebuild bonds of trust that together we may work for the dignity and flourishing of all. Amen.