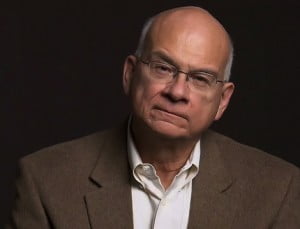 Like any teenager nurtured in an evangelical context, I suffered from a constant, nagging sense of guilt that I was not an evangelist. If bringing other people to faith was the main task of Christians, how come I wasn’t better at it? The trouble was, whenever I tried to be an evangelist, I just ended up putting people off! I think I have come to terms with this now…but any offers of therapy still welcome.

So I was really struck by some comments made by Tim Keller in this month’s Christianity magazine. Keller is founder-leader of Redeemer Presbyterian Church in Manhattan, attended weekly by 5,000 people, but is also well-known through his writings, most notably The Reason for God. He is one of the US Reformed pastors who are part of a movement known as ‘New Calvinism’ but I try not to let that put me off. After all, anyone who has provoked a book criticising his theology as not being Reformed enough cannot be all bad!

A key reason why his ministry has flourished in the 25 years he has been in New York is his attitude to cultural engagement.

God was helpful to me in finding a way to communicate the gospel without compromising it, but connect it to aspirations and fears and baseline personal and cultural narratives. You find out whatever the culture or person is looking to for meaning, and you show that while it is a good thing, you’ve turned it into an idol and only in Jesus Christ will that aspiration ever be fulfilled. That’s basically how you preach.

I am not sure how much this conviction is rooted in a particular theology of the world and God’s relating to it, but put this way it sounds like a good strategy because it works. This approach seems to me to have a good deal in common with the approach of Willow Creek. I remember at a conference talking to Lee Strobel, who was then a ‘teaching pastor’ at Willow Creek, and his concern was constantly to be engaging with the headline issues in US culture. It was his habit to read the top ten bestsellers in the NY Times bestseller list, and everyday to immerse himself in the local and national newspapers, so that he understood the sorts of questions Americans were interested in.

Everybody has got a story. If you’re able to inhabit that so well that [people] feel that you know their story better than they do, and then show in a compelling way how that story is only going to find resolution in Jesus, then they are going to find a compelling case for Christianity.

Another interesting aspect of Keller’s ministry is the way that his Calvinist outlook forces him to leave the results of ministry and evangelism to God, which looks very releasing.

How effective you’re going to be is absolutely up to the Holy Spirit. Whether you have three or four converts a year or you have 1,000, it’s nothing to do with your programming, I don’t think…It is only with the help of the Holy Spirit. I’ve seen plenty of people say ‘That’s the most persuasive presentation I’ve ever heard, but I’m not even going to touch it.’ The number of people who actually let that draw them toward Christ is something that I have no control over.

The phrase ‘inhabit that so well that [people] feel that you know their story better than they do’ reminded me of Jesus’ encounter with the woman at the well in John 4. The story is told to allow us to see the many contrasts with Jesus’ previous encounter with Nicodemus. Here we have an unnamed woman, in the day, from a group that Jesus should not have respected, and someone within that group who is ostracised—and it is Jesus who initiates the conversation. In all these points the story is the exact opposite of John 3, where a respectable, named man who is a leader, comes at night of his own initiative to enquire of Jesus. The results (within these chapters at least) is also the exact opposite; Nicodemus leaves baffled and uncomprehending; the woman tells her whole village and brings them to meet Jesus. She (and not he) becomes for the reader the model disciple.

I’ve heard this story used many times to teach us about evangelism.

But the thing that is usually omitted is the pastoral impact on the woman. When she goes to the village she says to those who had previously shunned her ‘He told me everything I ever did’ (John 4.39). This isn’t strictly true from the narrative, and of course, taken literally, makes no sense. But I wonder whether it illustrates the ‘deep listening’ that Keller is talking about. Here is a woman who feels as though Jesus knows her story better than she does. The proclamation of good news has not felt like an imposition, or an intrusion, but a completion of her own story.

A recent Grove booklet, by another Tim, Tim Sumpter, explores this issue along similar lines. Tim coins the word ‘evangelistening’ as a way of describing the strategy not only of Jesus but also Paul and others in the New Testament:

Jesus models a person-centred style of evangelism which starts with individuals. He not only spoke words of truth, he also embodied practical compassion, resulting in his readiness to ignore long-established cultural conventions which would have prevented him from ever meeting most of the individuals listed above. He even made it easy for people to walk away without mocking them or disparaging them in any way (Mark 10.17–27; John 6.60–69). Here was a style of evangelism free from the pushy coerciveness which some evangelists have employed, hallmarked by compassion, care, dignity and the ability to listen.

After exploring ways that this can work out in practice for individuals and churches, he highlights its value:

Evangelistening, as an evolving process, is one small attempt to repaint evangelism according to the original colours of the New Testament. It is not a panacea and does not mean we have not made mistakes; we will have made many of those on the journey so far. But alongside those, this style of evangelism has produced fruit, both in giving some Christians confidence to live more evangelistically and in helping some individuals come to Christian faith for the first time.

You might also be interested in this video by Keller from Evangelical Alliance, where he talks of the need to hold ‘deeds ministry’ and ‘word ministry’ together, and explores other issues in contemporary sharing of faith:

7 thoughts on “Evangelism and listening”