A little storm brewed up over the weekend on the question of whether we can address God as ‘she’ and use female images to describe God. It arose from some comments made at the Faith Debate on the difference that women bishops might make. (I think it rather unhelpful that this debate was an inter-faith panel which included Hindu, Islamic and Pagan representatives, because it suggests that the Church of England’s decision on women bishops was part of a pan-religious feminism rather than arising from reflection on Christian theology and Scripture.)

The reporting of the issues followed some predictable lines. This is, it seems, the beginning of an irresistible trend:

Support is growing within the Church of England to rewrite its official liturgy to refer to God as female following the selection of the first women bishops.

And like all trends it is secretly being trialled in various places—there is a take-over by stealth:

“The reality is that in many churches up and down the country something more than the almost default male language about God is already being used…Quietly clergy are just talking about God as ‘she’ every now and then.”

God clearly isn’t a She as a She can’t be a father. This is plain silly, unbiblical and ridiculous. I think it’s the work of a few lunatics.

Amidst all the media sensationalising, some important points were missed. The first is that this debate is hardly new; there was a Grove booklet on inclusive language back in the 1980s. As Kate Bottley puts is rather arrestingly:

For many of us with a theological persuasion the debate about gender-specific pronouns for the Divine is as dated as a fondue set and flares, but apparently to some normal people this is not the case.

Secondly, there are two separate (though related) issues involved here. One is the language we use about people (where the first ‘inclusive language’ debates happened); the other is about the language we use about God. Both of these suffer from a problem that we have in English (and in many languages) which is the lack of a UGASP—an UnGender Assigned Singular Pronoun. In other words, it is very difficult to refer to an individual without specifying his or her (there, you see?) sex. (Strictly speaking, ‘sex’ refers to whether someone is a man or a woman; gender is socially constructed and relates to roles and expectations. But it is odd to talk about ‘sex’ all the time, so these debates are usually, wrongly, described in terms of ‘gender’)

This is manifested in the struggle of some recent Bible translations. For example, the NRSV, committed to gender-inclusive language use for humanity, rather clumsily translated Matt 4.4 as ‘One does not live by bread alone’, which made use of the closest English has to a UGASP, but in doing so made Jesus sound like the Queen on a picnic. On Facebook, the lack of a UGASP is manifested in my being told that I need to send a message to John because ‘they’ have a birthday, even if there is only one of them.

The third issue is again rather helpfully highlighted by Kate in her Guardian piece:

God as feminine is nothing new. Scripture and Christian tradition often describes God using female imagery. God as mother hen protectively gathering her chicks under her wings. God as a woman making bread, moulding and shaping us. God as a nursing mother, feeding and connected to her child…. 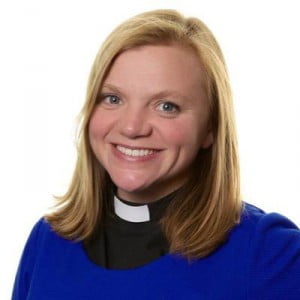 Underlying this is a very clear claim: God does not have a gender. Although the gendered identity of humanity has its origins in our creation in the image of God, Gen 1 is very clear that neither gender on its own is the image of God:

In a culture and context where gods where male or female, and where for the most part the male gods conquered and controlled the female, this is a striking statement. If we think that the male more truly represents the ‘image and likeness’ of God than the female, we are contradicting a central claim of the biblical revelation about God.

On pronouns, I would agree that talking of God as ‘he’ runs the danger of making people think God is male, and to avoid using this pronoun would be a good thing. The problem here is that (like the NRSV’s clumsy royal UGASP), there is a danger that we draw attention to the issue if we refer to ‘Godself’, which simply isn’t English. I think the problem gets worse, not better, if we use ‘she’ for God. At least ‘he’ has the virtue of making the claim to be the universal pronoun (though this is disputed); ‘she’ has no such historic claim, and so suggests that God does have a gender, and that that gender is up for debate.

On using feminine biblical imagery, yes of course we should. It is there, and it is important.

On changing biblical metaphors, there is rather a lot at stake. Kate Bottley somehow manages to make reference to kangaroo testicles, but does so to make exactly the right point:

Celebrities challenged to eat the bits of a kangaroo that wouldn’t make your average tin of better-priced dog food often declare: “It tastes just like chicken!” Of course it doesn’t. Chicken tastes like chicken and kangaroo bits taste like kangaroo bits. But the contestant has no other way to describe it, given that most of us never have, and probably never will, taste the part of the kangaroo they are dining on. We cannot describe the indescribable and for me that’s what it’s like when we try to use human language to describe God.

God is not a woman. And God is not a man. God is God. But we can only describe God in the terms we can easily comprehend, comparing God to something we know better.

She is referring here to our use of metaphors. Metaphors are the way by which we transport meaning from an arena of life that we know into an arena of life which we don’t yet know. (In Greece, the metaphores is literally the removal lorry.) In fact, it is arguable that metaphor is the way in which language is extended to express new meaning; just think of ‘inflation’ in economics, genes as ‘packets of information’ in biology, or how you are now ‘surfing the internet’ or even ‘visiting’ my website. 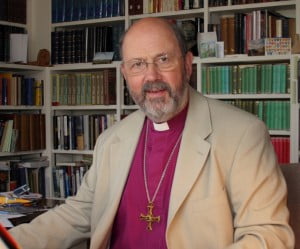 One of the crucial things about metaphors is that they relocate meaning from one place to another place—so to understand the metaphor properly we need to understand both places that the metaphor connects. When Jesus calls God ‘Father’, he is not simply using a generic, patriarchal parental term. He is making use of it in a particular context, and (as Tom Wright points out in The Lord and his Prayer), part of that is about the son sharing in the father’s business, which in this case is the kingdom of God. It is no coincidence that after calling God ‘Father’, we immediate pray ‘May your kingdom come’. The same is true with language of sonship; men and women in Christ are all ‘sons’ in the sense that we all stand to inherit the kingdom, since in the first century it was sons who inherited. (This is a nice example of how gendered metaphors can even deconstruct their gendered expression.)

But there is something more fundamental about the metaphors in Scripture, and this is where I would part company with Kate’s approach. At one level I would agree that ‘our language is inadequate’—and yet it is through our language that God has chosen to express the truth about who God is. So it might not be ideal, but God has said it is enough. Yet it is only enough if we recognise its limits. The use of metaphor to describe God is a distinctive feature of Christian theology, since metaphor constantly says to us that this language can communicate—but don’t think that by doing so, you have mastered God.

I was recently at a conference which focussed on the Greek first century context of the New Testament, and the first paper exploring the language of revelation in the Greek Old Testament (the Septuagint), in Philo the Jewish philosopher, and in Greek religious texts. What was striking was the difference in language used about God’s self-revelation. In the other traditions, the gods could be ‘seen’ by people—but in the OT there was a distinctive restriction of expressed, where God ‘manifested’ himself. When we encounter God’s revelation of himself, there is genuine communication and connection, but God never becomes the object of our experience in the way that the world around us does.

There is a parallel here between the God’s revelation of himself in Scripture and God’s revelation of himself in Jesus (which Peter Enns has written about in Inspiration and Incarnation). Human frailty might be inadequate to express the truth about God, but in both cases this is what God has chosen to reveal himself. If we think the language of God as ‘father’ is inadequate and needs to be replaced, then we are suggesting that Jesus was not merely located in first century Jewish culture, but also trapped in its inadequacies.

Christianity uses metaphors because it makes the unique claim that God is both beyond human comprehension and yet somehow makes himself comprehendible. Using specific, historically conditioned metaphors is a central part of that, and we tinker with them at our peril.