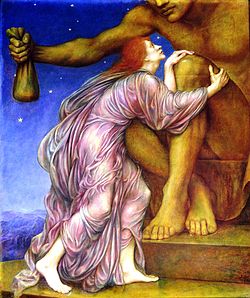 At Lee Abbey last week and New Wine this, I have been leading a series of sessions on ‘Gods of Our Age’. (I did the teaching myself last week; this week I am hosting a series of contributors.) It struck me some time ago that the gods of the ancient world were not merely the equivalent of our soap operas (though they might have functioned like that to some extent). Rather, they expressed the hopes, fears, aspirations and anxieties of people within those societies—often offering a way of dealing with powerful forces, both within and without, in a way which made them manageable.

In contemporary society, we see similar forces at work, and many of the same strategies—and in that sense, these gods continue to stride across our cultural landscape. It’s all very well claiming that ‘Jesus is the answer’…but we need to know and understand the questions people are asking if we are to know what that answer looks like. What does it mean in our day and age to invite people to ‘turn from idols to the true and living God’ (1 Thess 1.9)?

The first session this week was on Mammon, led by Ian Parkinson of All Saints Marple and regional leader of New Wine network in the North, to which I offered a response and reflection. Here are some of the key points (from Ian’s presentation, my response, and my sessions at Lee Abbey):

Mammon as a Power

The Aramaic term mammon or mamon simply meant ‘that which is entrusted’ or ‘that which is trusted.’ This hints at both the ambiguity of money—it is something that can do great good, but which can attract a disproportionate importance. It is suggests that the right use of money needs a context of trusting relationships.

It is Jesus who characterises Mammon as a rival to God in Matt 6.24 (‘You cannot serve both God and Mammon’) as well as Luke 16.9, 11 and 13. It is the ‘deceitfulness of wealth’ which is one of the three causes of the unfruitfulness of the seed in the Parable of the Sower/Soils (Mark 4.19). For some, such as the ‘Rich Young Ruler’, wealth is an obstacle to discipleship (Mark 10.22), and Jesus does not think he will be the only one. It has been said that there are around 500 verses in the Bible on prayer, around 500 on faith—but 2,350 on money!

Mammon asks for our allegiance in a way that sucks the milk of human kindness out of our very being. (Richard Forster)

When the Spirit was poured out at Pentecost, the disciples spoke in tongues, testified to Jesus—and shared their possessions (Acts 2.44). For Luke, this appears to be the fulfilment of the principle of Jubilee (Lev 25) promised in Jesus’ ‘Nazareth Manifesto’ (Luke 4.19). Paul’s ministry encountered significant obstacles because of financial interests—from the owner of the slave girl in Act 16.19 and from the silversmiths in Ephesus in Acts 19.25. All through his ministry, Paul is concerned not to be seen to ‘peddle his message for money’ (2 Cor 2.17). As far as Paul is concerned, greed is idolatry (Col 3.5) and it therefore excludes from the kingdom (1 Cor 6.9, a verse usually cited in other contexts!). His concern is that there should be ‘equality’ (2 Cor 8.9) and he shows a consist concern for the poor.

In Paradise Lost, John Milton portrays Mammon as always looking downward, at the golden pavements of the celestial city, rather than up to see God. In the apocryphal story of Francis of Assisi meeting Pope Innocent III, the Pope shows Francis the power and wealth of the church. ‘No longer can the Church say “Silver and gold have I none”‘! (Acts 3.6). ‘Indeed’, replied Francis, ‘and neither can it say “In the name of Jesus Christ of Nazareth, rise up and walk!”‘.

It goes too far to say that one cannot be rich and be a disciple of Jesus, but what never appears in the Gospels are well-to-do followers of Jesus who are not simultaneously generous in almsgiving and in divesting themselves of surplus wealth for the sake of those in need. (Craig Blomberg)

Lord Rothschild, the banker, was once asked how much money was needed to make someone happy. ‘Just a little bit more.’ This seems to be writ large on British culture at the moment; despite being fabulously wealthy as a country, compared with our history and our global context, the constant cry is ‘We have no money!’

We appear to be increasingly measuring everything by its monetary value. In reply to Anna Soubry’s claim that Sunday was boring before we could shop, and we need to get rid of the final restrictions on Sunday trading, Giles Fraser accused her of being a strict monotheist: worshipping only the god of the market and money.

It is striking that much teaching from Richard Foster and Ronald Sider on questions of simplicity, refuting the power of money, was popularised 30 years or so ago. Yet Western culture has since become much more unequal and acquisitive, whilst this issue seems to be much less prominent in the teaching of most churches. These issues don’t appear to have significantly shaped the voting preferences of evangelicals, who are often more concerned about questions of individual morality and religious freedom.

In The Spirit Level – Why Equality is Better for Everyone, Wilkinson & Pickett argue that measures of wellbeing and happiness have ceased to rise with economic growth, and as affluent societies have grown richer they have also seen a rise in rates of anxiety, depression and other social ills. Inequality is a greater blight upon a society than simply poverty. Some of the wealthiest societies are the most unequal (USA, Singapore, UK) whilst some of the poorer societies (Botswana) are the most equal. Inequality is directly linked to levels of e.g. quality of community life/levels of trust, mental health and drug use, life expectancy, obesity, educational performance, rates of teenage pregnancy, violent crime, and social mobility and equality of opportunity.

The thesis of our book is that the pursuit of money as an end in itself is bad not just because it is detrimental to happiness or the environment, but because it is absurd. It rests on a misunderstanding of the nature and function of money. Money is essentially a means to the good; to treat its accumulation as an ultimate goal is to fall victim to delusion. (R & E Skidelsky How Much is Enough?)

What Scripture has to say

The most important affirmation in Scripture about Mammon is the claim that ‘The earth is the Lord’s and everything in it’ (Ps 24.1). This undergirds the OT notion of the land (‘earth’) is God’s and residents are tenants. Ultimately, no individual owns anything, but has it on trust from God. This in turn transforms our notions of ‘ownership’ into ‘stewardship.’

The repeater theme of ‘inversion’ that we find in the New Testament is less about swapping the places of the rich and the poor (which would just lead to another set of oppressions) and more about the restoration of this principle of God as the owner of all things (see Luke 1, James 5).

Complimentary to this is Jesus’ invitation to trust (Matt 6.25f). If the earth is the Lord’s, then it is by his grace we have anything and by his provision that we have enough.

Proverbs 30.8: “Give me neither poverty nor riches….that I not be full and deny you and say “Who is the Lord,” or that I not be in want and steal and profane the name of my God.

9 thoughts on “Gods of our age: Mammon”