Donald Trump made the headlines last week by announcing that he was ordering the US Embassy in Israel to relocate from Tel Aviv to Jerusalem. Anything involving an announcement by Trump is bound to be incoherent, and the situation in the near east is immensely complex, so you can guarantee that there was going to … Continue Reading 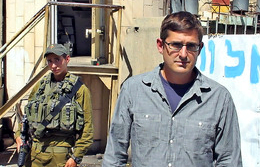 Last night Louis Theroux was at his best, achieving the near-impossible of giving a balanced view on ultra-Zionists in Israel. It was particularly interesting, late on in the show, to hear Arabs in Hebron complain about Jews moving into the heart of the city, pushing the Arabs out, for the Jews to respond ‘This is just what you did! This area was Jewish until you expelled us in the 1920s!’