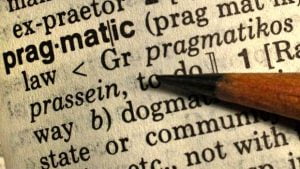 I offer here the second of three planned reflections on the sexuality debate—before returning to the bigger questions such as question of biblical interpretation, the importance of apocalyptic.

Adrian Hilton recently published an exchange of six letters (three each) with Martyn Percy, Dean of Christchurch, Oxford, and in the last one Percy claims that:

I am quietly confident that ++Justin is softening up the hard edges of conservative evangelicalism, and is preparing the ground for a complete volte-face on human sexuality.

He offers several pieces of evidence to support this claim. The first is rooted in Justin Welby’s own style of working, which Percy describes as characterised by ‘directness and clarity…borne out of a certain kind of courage.’ Percy is not always impressed by this kind of courage, and some of his earlier comments in the correspondence earned a civil-servant-style rebuke from the busy Secretary General William Nye along the lines of ‘This is not the kind of language I recognise as Christian.’ Percy is not, though, the only one to have concerns about such direct styles of working, according to his summary of a report ‘on an earlier phase of ++Justin’s ministry – long before he began at Canterbury’ which ‘concluded that his staff, though highly motivated and dedicated, lacked good oversight and good management to enable them to develop and flourish.’

Percy offers other evidence to support his claim, including the previous approach of George Carey to women’s ordination, and the final move in that debate, on women bishops led by Justin Welby himself. But that is not a very convincing parallel, not least because the theological debate around that issue had been thoroughly worked through in a way that has not happened on sexuality, and there was a sense of a theological amongst the church and its leaders (even if not a complete consensus) which is marked in its contrast with the current situation.

But let’s suppose for a moment that Percy is right: if we set aside issues of theology, ecclesiology and anthropology, what would the most appealing pragmatic direction be for the Archbishop? As Percy himself has pointed out, Justin Welby is deeply committed to the Renewal and Reform agenda, and this seems to me to be a means to making evangelism and discipleship central realities for the C of E in a way which has not been the case in the past. Who are Justin’s key allies in this, pragmatically speaking? It can hardly be the liberal tradition, since it is liberals (like Percy, and Linda Woodhead) who have been most vocal in their criticism. Who, pragmatically, is most likely to stay with this cause?

A recent report on church growth in Canada suggested there is a strong correlation between ‘conservative’ belief and church growth.

Churches that are theologically conservative with beliefs based on a literal interpretation of the Bible grow faster than those with a liberal orientation, according to a five-year academic study. “If we are talking solely about what belief system is more likely to lead to numerical growth among Protestant churches, the evidence suggests conservative Protestant theology is the clear winner,” said David Haskell, the Canadian study’s lead researcher.

The phrase ‘literal interpretation’ needs to be understand in the context of a non-church Guardian readership, rather than within the framework of hermeneutic reflection. But this did not come as a surprise to many people. Anecdotal evidence supports this, and I don’t think anyone was convinced by the anaemic conclusion in this area (of an otherwise good report) from David Voas for the Church of England report, that there was

“modest association between worship style, theological orientation, and growth”, but that this had disappeared once other variables were taken into account.

(Think for a moment: can you imagine a Church of England report suggesting that one theological tradition was more effective than another?) The Canadian research also correlates with what has happened at a national level, with national more liberal churches consistently declining more precipitately in Western contexts than more conservative national churches. When the Church Times report on this, (first published online a week before the print edition) there were the usual responses from the nay-sayers, though in fact I agreed with one observation from Linda Woodhead, that ‘what mattered was that church leaders had real conviction about what they preached’. But this needs some qualification, said David Haskell, who conducted the research.

“Different convictions, though equally strong, will have different outcomes. The convictions of the first [growing churches] predispose them to aggressive outreach and thus growth; the convictions of the second, though equally strong, predispose them to stasis and thus decline…When growing churches are identified in research, they are almost always conservative.” Clear mission was “not a root cause”, but was a working out of conservative doctrine. He has also suggested that conservative Protestant theology produced “unity of purpose” through reliance on the Bible, and that the insistence on a God who was “active, loving, and close” resulted in “personal happiness”.

This makes practical nonsense of Percy’s claim that ‘Church of England can have no real public or media credibility as a plausible body – so can’t do mission, and can’t recruit new clergy easily – if it carries on discriminating against LGBTQ Christians.’ The idea that churches cannot do mission unless they align with the values of the culture around them on key issues does not have any theological, historical or practical foundation. It turns out that the motive behind Percy’s desire for change is not, in the end, pragmatic, but ideological. If Justin Welby is committed to pragmatics, then that suggests that he would take a different course from the one Percy is advocating.

(You can read further comments from Haskell in response to criticism in this follow-up article.)

What are the alternatives to a pragmatic resolution of our dilemma? How might change (or affirmation of our current position) flow from theological conviction? Michael Lakey put his finger on the issue in an online conversation with me last week, where he shifted the focus from politics and process to the deeper underlying issue.

I’m not sure that the difficulties in arriving at a common mind are just to do with the HoB or even Synod. (And a common mind IS what is needed–even agreeing to disagree/walk together/generously disagree/whatever requires a common mind that this is the course we all pursue).

The difficulty as I see it is that the wider Church lacks the terms to arrive at a common mind because we disagree between ourselves about meta-issues like the nature, source, scope and interpretation of revelation, and this feeds into the scope we have for defining terms that enable a debate in the first place. Lacking a coherent theological anthropology of its own (or more precisely exhibiting elements of several across the institution) the Church en masse is not in a good place to reason coherently about what it is good for anthropoi to do!

1. the effects of different styles of theological reasoning, which are in my experience as often as not chosen retrospectively because they are sympathetic to preferred outcomes, and couple this with

2. the advent of pastoral theological disciplines which derive in the last analysis from modes of reflection that presume a concrete form of life and a shared institutional habitus (e.g. elements of the pastoral cycle derive from Gramsci, via Freire and Lib Theol–but only really make sense in the context of shared concrete habitus as in the mass proletariat of the mid-20th C).

In other words, the Church of England is currently in a position where it lacks the deep theological coherence to make a decision together on common terms or even with shared points of theological reference.

The upshot of this is that, having three theological wings and a variegated centre, the national Church no longer has the capacity to draw its diversity towards a coherent centre (1 above), and because of the ideological, cultural and geographical terrain it must cover, it could not have a habitus and shared social location to enable some of these reflexive methodologies to form anything more than local congregational identity (from 2 above). And this capacity of theological reflective models to only really work at the local level is a problem for a Church that does its primary identity at the regional level. In short, the bishops seem to me to be called to do the impossible, something for which I do not envy them.

When one adds to this that the bench is theologically weaker than it used to be to a non-trivial degree, then the scope for difficulty is even higher. One has well-meaning, but less well-equipped senior clerics making judgements about a problem that (if the character of the Church and its theology is as I describe above) is quite possibly intractable, but which cannot be left unaddressed. The house cannot be fixed, but if it isn’t then it will fall down, and the builders are not as great as they used to be.

It is worth noting here that Lakey is not being critical of the House of Bishops, but simply noting the position they appear to find themselves in. It has been widely observed that there is less theological weight there than there has been in the past—and this might not be a bad thing when you consider which direction some of that weight pulled in in generations past. And the practical pressures in church leadership—in part percolating in from the surrounding culture of busyness, in part because of lack of available resource, and in part precisely from the fractured nature of the Church in a time when centralised, authoritarian leadership cannot effect change in the way it used to—means that we have bishops who might be spending 70 or 80 hours a week just keeping the show on the road. Similar pressures are evident amongst clergy on the ground, too. There is not the time, the leisure or the conviction to do the theological work that might well be needed. Lakey concludes:

Given all this (of which I expect the HoB to be well-aware) I am not surprised that attrition-based change management under cover of silence-to-enable-deliberation shouldn’t occur from time to time. Not that I think it has to happen, or that it happens often. But it would be surprising if it didn’t occur at all.

What will happen next is unclear. But if we can begin on a path to addressing some of these central theological issues, then that would be no bad thing.

51 thoughts on “The pragmatics of the sexuality debate”