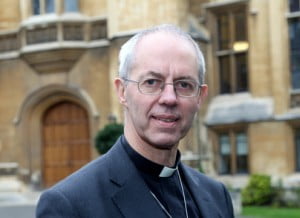 There has been a small torrent of comment in the religious press following Justin Welby’s announcement about a meeting to consider the future of the Anglican Communion.

As usual, there is a full listing of the different points of view on the Thinking Anglicans website, and some pointed discussion of what is ‘really’ going on and what the implications might be.

I have just written a piece for the Christianity magazine website, putting this latest announcement in its wider context. You can read the full text here. (I will repost on this site in due course.) In terms of the immediate implications, here are my thoughts from the end of the article:

Why is this controversial?

Some see this as the end of the Anglican Communion, and therefore an abandoning of a significant exercise in Christian unity.

Others see this as an astute move which will allow new energy to be put into relationships within the Communion. You only have to look at the range of headlines to see the different interpretations, from ‘Welby breathes new life into the Communion’ to ‘Welby abandons the idea of global consensus.’

But there are other points of controversy. Welby has invited Foley Beach, archbishop of ACNA, to attend as well. This has been interpreted as an approval of conservatives in the US who are not formally ‘in communion’ with the Church of England. And Welby’s language about Scripture has been seized on by some as being ‘unAnglican’, as it does not explicitly mention tradition and reason.

Some are trying to interpret what is going on in terms of the balance of power in Anglican relations. Is Welby making an attempt to retain power and influence, by abandoning previous mechanisms for the Communion’s work?

I have an alternative suggestion: let’s actually take his words at face value.

‘It must also be a way forward, guided by the absolute imperative for the church to proclaim the gospel of Jesus Christ, to make disciples and to worship and live in holiness, and recognising that the way in which proclamation happens and the pressures on us vary greatly between Provinces. We each live in a different context.’

I think Justin is recognising the reality of the situation we are in; he does not want to put any more effort into meetings and proposals which are not actually going to deal with the controversial issues at hand; and he wants to focus on the more important issues of missional engagement and discipleship.

Andrew Brown in the Guardian slightly mischievously suggests that, if different parts of the Anglican Communion drift apart, different parts of the Church of England will follow suit, looking to various different directions globally as they do so. But this overestimates the importance of global Anglicanism on the domestic church. The C of E has previously been perfectly capable of making up its own mind on important issues, and it will continue to do so.

1 thought on “What is going on in the Anglican Communion?”