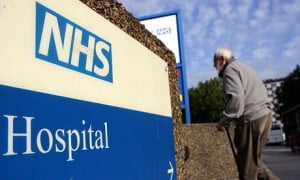 Today sees publication of the Keogh report highlighting unusually high mortality in 14 hospital trusts, 11 of which are now going into ‘special measures.’ This has initiated the usual blame-game amongst politicians, in particular the Coalition blaming inadequate management by the previous Labour government. It has also prompted promises of new management, and review of structures.

But I think the real problem for the NHS is much more fundamental than changes in personnel, structures, or even Government policies. (I write as an informed observer who also happens to be married to an NHS doctor.) The key problem for the NHS was that it was conceived in a different era, and now suffers from widespread features of contemporary culture which undermine the whole vision. The key elements are:

1. Preference for qualifications over vocation

To have changed nurse training, removing it from ward experience and turning it into a degree qualification was inept at every level. Those with a vocation to nursing but not strong academically were turned away; graduates with higher expectations are not prepared for the basic disciplines of caring; commitment to basic patient care has been lost. I am not aware of anyone who thinks this has been a good move. (Please note, I am not here criticising nurses, but the system of training nurses are now put through.) The question no-one appears to have asked is: is there a correlation between academic qualifications and effectiveness in the role?

This phenomenon is more widely seen in the last Labour government’s expansion of Higher Education under the totally arbitrary goal of seeing 50% of school leavers going on to degree study. Why? The main result of this has been higher graduate unemployment.

The running of hospital trusts by non-medical management has been a fairly universal disaster. As Sir Brian Jarman said on Newsnight last night, it should be doctors running hospitals telling the managers what to do, not the other way around!

But this approach has been the consistent strategy of successive governments. Ministers with little or no understanding of their area seem to think that they can determine sensible policy—without actually consulting the professions they are working with. Look at the disdain with which Michael Gove treats the teaching profession.

3. The application of the market model

The market appears to be seen as the solution to all problems, when in fact it is corrosive of responsibility and undermines any sense of taking a holistic, long-term view. Financial measures inevitably trump all other concerns.

Again, we see the same in education, where schools compete to offer educational products to consumers of learning—and exam boards end up selling courses to teachers so they can train children how to pass exams.

4. Assumption of the autonomous individual who makes free choices

Patients have, since the days of John Major, been treated as autonomous individual customers who are capable of making fully-informed choices. But this is simply not the case for the majority of patients. For some time it has been possible for patients to choose which hospital they can go to for operations—but this assumes an incredibly sophisticated understanding of the issues involved. My wife’s experience is that most patients say ‘Well, you are the doctor—you tell me which is best!’

5. The displacement of trusting relationships by mechanical processes

The Quality Care Commission has managed to pass numerous hospitals with a clean bill of health, only for those who know what is actually happening to point out the truth. The whole process of inspection by generalists, rather than specialists who know what should be happening, and the completion of ‘tick-box’ assessment has been disastrous.

6. The culture of litigation

Living in a litigious culture means that the main response to a complaint is to be defensive, rather than expressing interest in what has gone wrong and seeking to put it right. The recent replacement of the complaints system with an ombudsman has meant that only around 3% of complaints have actually been explored. The possibility of litigation silences meaningful conversation and suppresses willingness to listen. 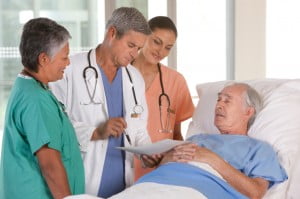 As has been evident from discussion in the last 24 hours, the main concern of most politicians has not been to discover and address the real problems, but to defend themselves from criticism. The move to GP Commissioning to replace the system of Primacy Care Trusts is almost exactly a return to the previous system of GP Fundholding. So yet more upheaval and change will take us back to where we were ten years ago!

It is not clear to me that a system with a commitment to ‘free delivery at the point of need’ can exist effectively unless values and vocation are cherished, there is a shared commitment to the common good, and expert opinion is deemed to be trustworthy. Its leadership needs to be depoliticised in order to address the long-term challenges it faces; the life of a single parliament is too short a horizon for decision-making.

The economisation of culture (measurement is the only path to knowledge), the commodification of systems (the market is the only mechanism which can deliver change) and the individualisation of society (choice is all that matters) are fatally corrosive. But they are now deeply embedded in our culture. We are in desperate need of the insight of Einstein:

This concern is expressed well in a blog article by David Zigmond, a London GP:

In the last two decades we have had ever increasing infusions of such management modelling and corporate redesigns, based on what works in commerce and manufacturing industries. The resulting industrialisation of healthcare—and its guidance by the 3Cs: commissioning, competition, and commodification—has led to grievous loss of humane interest, attachments, and vocation in healthcare. The Mid Staffs debacle is one severe and grotesque consequent example.

My own view has become countercultural. It is that healthcare is a humanity guided by science. That humanity is an art and an ethos. These cannot simply be managed or manufactured. They are complex manifestations of education and culture more than any training and obedience. At the heart of this humanity lie the questions of why and how we should care for one another. The best answers come from milieux that can respectfully grow personal attachments, affections, and understandings. The less industrial, older NHS fostered such important subtleties much more readily.

Mid Staffs is not so much about simple managerial incompetence; it is more about the overgrowth of managerialism and the inadvertent asphyxiation of natural humanity.

[There is a good article in the Telegraph here highlighting the problems of politicisation and how it is obscuring a possible solution.]

4 thoughts on “The real problem for the NHS”