In 2014, gay rights activist Gareth Lee approached Ashers Bakery in Northern Ireland, run by evangelical Christians the McArthur family, and said he wanted to order a cake depicting the Sesame Street characters Bert and Ernie below the motto ‘Support gay marriage’ for an event to mark International Day Against Homophobia. The bakery refused—not on the grounds that Lee was gay (he was already a regular customer whom they had served before) but because they did not agree with the slogan and therefore felt they could not in conscience produce the slogan for the cake.

On Monday of this week, the court of appeal in Belfast upheld a previous judgment last year that Ashers Bakery had discriminated against a customer on the grounds of sexual orientation. The family-owned firm was also ordered to pay £500 compensation to Lee, whose legal action was backed by the Equality Commission for Northern Ireland.

The original Ashers case received international attention, and highlighting the tensions between gay rights reformers and the politically influential and socially conservative Christian lobby within Northern Ireland, and the responses to the appeal court judgement have divided sharply along these lines. But there is one rather surprising voice amongst critics of the decision: the vocal gay rights activist Peter Tatchell, who believes this judgement is both wrong and dangerous.

This verdict is a defeat for freedom of expression. As well as meaning that Ashers can be legally forced to aid the promotion of same-sex marriage, it also implies that gay bakers could be forced by law to decorate cakes with homophobic slogans.

It seems that businesses cannot now lawfully refuse a customer’s request to propagate a message, even if it is a sexist, xenophobic or anti-gay message and even if the business has a conscientious objection to it. Ashers did not discriminate against the customer, Gareth Lee, because he was gay. They objected to the message he wanted on the cake: ‘Support gay marriage.’ Discrimination against LGBT people is wrong and is rightly unlawful. But in a free society, people should be able to discriminate against ideas they disagree with. I am saddened that the court did not reach the same conclusion.

It might not surprise us that the Telegraph also believed that the ruling was a mistake, but from a different political stable the Guardian agreed.

They were being asked to make a statement in favour of gay marriage with which they profoundly disagreed. And here they ought to have had the right to disagree. It may seem that writing in icing on a cake is a trivial form of expression compared to, say, writing in a national newspaper. But it is still the clear expression of an opinion, and that is something that should not be compelled any more than it should be suppressed.

And Tatchell is not the only gay man who thinks this ruling is wrong.

There are some pretty silly laws on the UK’s statute books. But the Court of Appeal in Belfast has today confirmed one that might be the silliest of the lot: if you’re a gay man, you’re now legally entitled to force a devout Christian to bake you a cake. I am a gay man. I support equality under the law for people of all sexual and gender inclinations. More to the point, I love cake. Nonetheless, I’m siding with the Christians. This gay plaintiff is wrong; the law is wrong. Nobody should be forced by law to bake anybody else a cake. Ever.

My friend Richard O’Dair, who is an employment law barrister, explains why this ruling is (he believes) mistaken in law.

The recent decision of the Court of Appeal in Northern Ireland Court of Appeal in Lee v Ashers Bakery is wrong, as was the previous decision of Supreme Court in Bull v Head because in order that existing law be compliant with the Human Rights Act it ought to be permissible to discriminate in the provision of good and services if:

The contrary view amounts to finding the legislature can have a legitimate aim of pursuing a goal (the protection of gay rights) regardless of the proportionality of the steps taken and the harm to the rights and freedoms of others. The rest of this note explains why this was so.

Background: the decision the Supreme Court in Bull v. Hall

In this case Christian hoteliers were held guilty of directly discriminating in the provision of goods and service directly against a gay couple when they imposed a requirement that any couple wanting to share a room in their premises must be married. A striking feature of the case was that the couple were able to obtain accommodation elsewhere.

A majority of the Supreme Court held that this was direct discrimination against the gay community because it that time gay marriage was not recognized in English Law. The relevant regulations had to be read so as to be subject to the Human Rights Act in particular article 9 on Freedom of Religion but the Supreme Court held that that made no difference. Parliament was entitled to come to the conclusion that the protection of the rights of the gay community required the hoteliers’ rights to give way.

The Court of Appeal decision in Ashers

In this case the Appellants were bakers who refused to supply a cake contained a message supportive of the campaign within Norther Ireland for gay marriage. A striking feature of the case was the cake was easily obtained elsewhere.

The NI Court of Appeal held that this was direct discrimination on the grounds of sexual orientation whether or not the customer was gay. In other words, the result would the same even if the customer was a heterosexual supporter of gay rights. This was because such a person would be associated with homosexuals and therefore be protected by the legislation. The concept of associative discrimination was relied upon.

The Court considered whether, in order to make the legislation compliant with the Human Rights Act, the regulations should be read as containing an exception in the case such as this where the alleged discrimination was expression of religious belief (Article 9) or a manifestation of freedom of speech (Article 10). The Court said that no such exception was necessary. The Legislature had already balanced the conflicting rights of gay and religious communities and come down in favour of the former.

As to freedom of speech, the Ashers relied on negative freedom of speech ie the freedom not to be forced to speak out in favour of a cause you do not believe in. The Court held that the Ashers were not speaking at all. No one would think the Ashers by baking the cake were personally endorsing the message. 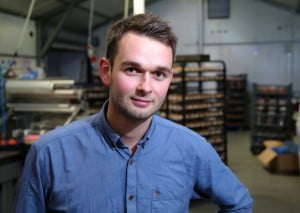 The decision in Asher is part flawed for the same reasons as Bull was and remains flawed. The heart of the problem facing the Courts in Bull and Asher is clear. Article 9 protects the freedom not only to believe but also to manifest that belief i.e. live it out. It is engaged by working as an employee as the ECHR held in Eweida so it must also be engaged by self-employment.

There can be no doubt that the Regulations do, when read naturally, prohibit what the defendants did in Bull and Eweida. But there can equally be no doubt that the very same regulations restrict the defendants’ freedom of religion. The question is whether that restriction is justified as a proportionate means of achieving a legitimate end namely the protection of the freedom of the gay community. The answer to the Supreme Court in Bull and the NI Court of Appeal in Asher was Yes.

But why is the answer “Yes”? It cannot be because Parliament has said so, because the role of the Courts in human rights cases is supposed to be ensure that Parliament does not infringe fundamental rights. Moreover, the Courts seems to have assumed that Parliament is entitled to makes its aim the protection of a particular group regardless of the cost to the rights and freedom of others. In other words, Parliament is entitled to say we have chosen to act without regard to the concept of proportionality. That cannot be right.

Moreover, in considering proportionality, a decision-maker must always consider whether there are alternative means of achieving the goal. If the goal is ensuring access to services for the LGBT community, why cannot that goal be achieved by the amendment set out at the start of this article?

As a decision on direct discrimination the decision seems plain wrong. The Ashers would have treated a heterosexual campaigner for gay rights the same way. The Court seeks to escape from this by relying on the concept of associative discrimination. The decision seems to be a flawed extension of the existing law on associated discrimination because the only real association between the victim and a gay person is in fact ideological – that they share the same views about gay rights. Thus the real objection to the Ashers conduct was that they were discriminating on the grounds of belief and that is was what was found by the District Judge in the County Court. The Northern Ireland Court of Appeal did not find it necessary to rule on this.

However, this simply raises the question of why the Asher’s should not be allowed to discriminate on the basis of Mr Lee’s beliefs if this was required by their own beliefs. The regulations preventing discrimination on the grounds of religion or belief in NI did not on their face allow this. But this simply raised the question of why an exception was not necessary in order to make the section complaint with Articles 9 and 10 of the ECHR.

If this is not so a freelance Muslim cameraman would presumably not be entitled to refuse a contract to help make a film which ridicules the prophet. It is striking that the concerns set out in this comment are shared by Peter Tatchell the veteran Gay Rights Campaigner (as mentioned above).

If we are entering a context where someone’s ‘association’ with a protected characteristic is ideological rather than actual, and that direct discrimination includes disagreeing with an idea rather than a person, is it possible to resist Peter Ould’s conclusion that we are now in the realm of ‘thoughtcrime’?