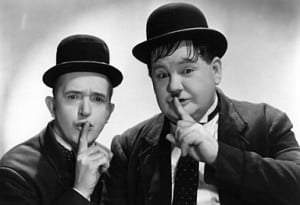 Last Sunday morning I was speaking (briefly) on Radio Nottingham. I had been asked to come in because the presenter, Sarah Julian, had conducted an interview with Justin Welby. In it, she pressed him (several times) on what ought to happen to Jeremy Pemberton, who is the first ordained Anglican to enter a same-sex marriage, and has a license in this diocese. (You can listen here until 18th May 2014, starting at 02:09:30.) And, several times, Justin refused to be drawn.

I was asked to explain what was going on, why he refused to answer, and what would happen. My first point was that it is never right to comment on an individual, especially if there might be action pending inrelation to that individual. But I also felt it important to clarify two things of which observers are not always aware.

The first, as Justin Welby said clearly, is that the Archbishop is not CEO of the C of E, but is ‘first among equals’. Sarah’s line of questioning assumed that bishops are the ‘bosses’ of the clergy under them, and that the Archbishop is ‘boss’ of the diocesan bishops, so that they in turn do what he tells them. (Any clergy or bishops reading this are currently holding their sides in pained laughter at this notion.) The House of Bishops aim to work collegially, agreeing shared policy together—and in fact on this issue made a clear statement in February. I think Justin is right: it is not really his job to knock heads together to make people follow this; the bishops need to do this of their own initiative.

The second reality is that the C of E has, since the 1960s, been operating with two realities. On the one hand, there has been an official position, fairly consistently stated:

The one failing of the [House of Bishops’ February] statement (for opponents of it) is that it is crystal clear. And in fact it has done more than that: it has rooted the current position of the Church in a whole series of statements, going all the way back to the liturgies of the BCP and Common Worship, to canon law, to the previous statements from the House of Bishops, the Dromantine Declaration, and including the Declaration of Assent which all clergy make at ordination. If, in two years’ time, there is a change of position, then the House of Bishops will have to explain why all these previous statements now need reinterpreting or abandoning.

(Here, I think that Mike Higton on his blog and Andrew Davison in the Church Times were quite mistaken in their assessments.)

On the other hand, there has been a ‘minority view’ which dissents from this, and has been encouraged by a policy of ‘don’t ask, don’t tell’, where clergy are in same-sex relations which have been allowed to continue, so long as no-one makes a fuss. In many ways, it has suited both sides of the debate to allow this to continue. For ‘revisionists’, it has meant staying out of the media spotlight, and not having to fight big doctrinal battles over a personal issue. For ‘conservatives’, it has meant avoiding the risk of bad publicity and looking unpastoral.

But this era is now coming to an end—and not because of anything happening in the Church.

A couple of weeks ago, I was speaking at a study day at a theological college in Cambridge. I made a passing reference to my recent challenge to Alan Wilson, Bishop of Buckingham, on what I thought was illegitimate use of ‘secret knowledge’ about partnered gay bishops. In a coffee break, someone pointed out that there is a Wikipedia page entitled ‘Gay Bishops‘ which lists all those who have been identified, by anyone, at any time, as being gay, and what their situation is. It doesn’t take long in reading this to find the person (under ‘Church of England’) whom Alan claimed was a ‘partnered gay bishop’, and also to see why Alan’s claim about this person is quite wrong.

The challenging thing about this is that, like all internet communication, it simply and immediately by-passes any attempt to disguise what is really going on. The Wikipedia page, for example, lists the ten bishops that Peter Tatchell had threatened to ‘out’ in 1994, something all of the print media at the time refused to reveal. Yet here they are, listed for all to see. And it is this which makes the past ‘two realities’ unsustainable; there can be no more ‘secrets’. One reality is going to have to converge with the other: either official teaching will need to align with practice on the ground; or practice on the ground will have to be (slowly, and painfully or perhaps quickly and more painfully) be aligned with official teaching.

One particular consequence of what this means is set out helpfully by Andrew Goddard in a recent article on Fulcrum about SSM and Canon Law. In it, he takes the most charitable assumptions possible about clergy who enter into SSM in the light of the House of Bishops’s statement, and draws some challenging conclusions:

If the analysis above is accepted then the situation seems to be as follows.  Those clergy who marry someone of the same sex believe they should live in accordance with canon C26 and that they are doing so and that their problem is simply with canon B30.  However, the general category of “according to the doctrine of Christ” in C26 has within the canons one very clear specification – the definition of marriage in B30.  This is the canon that, in a form of conscientious ecclesial disobedience, they are not only questioning and asking the church to reconsider but actively contradicting by their actions. I think this raises three key questions.

First, can the clergy concerned (and those supportive of them) recognise that given this situation they have a responsibility to seek an urgent change to canon B30?…

Second, can the clergy concerned (and those supportive of them) therefore recognise that any bishop would be totally justified, perhaps even have a moral responsibility, to take action against them when they enter a same-sex marriage? …

Third, what does it really mean simply to “agree to differ” over sexuality? …

The only other option for “agreeing to differ” is that those marrying their same-sex partners seek to establish, and the church should accept, the following:

•  despite the canons saying that Christ teaches something and that clergy should order their lives by his teaching, in practice clergy should be free to decide for themselves to live in a manner contradicting this teaching;
•  bishops should then accept the clergy’s own private judgment that, in this area, they are ordering their lives by our Lord’s teaching, over and above the church’s canonical statement of this teaching as regards marriage which clearly entails that the clergy are not doing so.

His conclusion is that, if we are to avoid ‘messy theological and ecclesiological incoherence’, then either Canon Law will need to be changed, or those breaching it will need to face discipline.

My final comment in the interview on Radio Nottingham was that cases like Jeremy Pemberton’s are forcing the collapse of the two realities at a pace no-one is ready for—so I think all sides would prefer that such cases do not arise. But the immediate question for the House of Bishops now is: do their statements actually mean anything? I hope they do, for many reasons, and I cannot see that it is in anyone’s interests for the bishops to be told (possibly by lawyers) that they are powerless to enforce Canon Law.

Prayer needed for all sides…