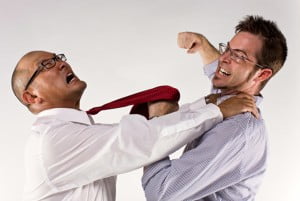 I am reluctant to comment too frequently on sexuality, not least because there are other pressing issues, and some which might not be urgent but are rather important and deserve our attention. But there is a lot going on just now, and the intensity of debate will continue for the next few months at least until Synod next February, when the House of Bishops will bring a proposal. So in the next week I would like to offer three comments on different aspects of current discussion.

Last week, GAFCON UK issued a list of supposed breaches of the ‘international agreement’ at the 1998 Lambeth conference, known as Lambeth I.10. I immediately had a range of concerns about this list, as a result of which it seemed to me to be extremely unhelpful to those within the Church of England who would like the Church to remain in its current teaching position on marriage and how same-sex sexual relations are to be seen in relation to marriage.

1. As was quickly pointed out, it contains several inaccuracies. This has been defended as relatively trivial by those associated with it, but if you are going to issue a list of actual breaches of something, and you cannot actually accurately describe such breaches, then you are undermining your own position. One of these inaccuracies was about whether a person named actually had a licence from his bishop, and this is not mere detail but a material issue.

2. Although it was labelled a ‘naming and shaming’ list, as a subsequent clarification highlights, all of the information was in the public domain and therefore potentially known already. Some of those named on the list have now created a website for those ‘proudly breaching Lambeth I.10’ to which you can add your name or a comment of support. But the GACFON statement was not originally written for those in the West with access both to the internet and the gossip network, but for Primates in other parts of the world who might not have easy access to such information. In that sense it is doing something other than simple collation.

3. My biggest concerns is that it demonstrates misunderstanding of the current situation in the Church of England including issues of licensing and discipline for clergy. It names some who are in breach of the Church’s own current teaching, and who are ‘still in post’. To imagine that it is a simple matter to remove someone from post (under freehold or common tenure) or that this is the only and necessary discipline, is to know little about the C of E historically or in its present state—though of course it might appeal to someone in another, more authoritarian, culture where this was possible. And to name a civil servant working in the area of pensions suggests ignorance of the important distinction that has consistently (and rightly) been made between those in ministerial leadership and others.

4. Lambeth I.10 includes this statement:

while rejecting homosexual practice as incompatible with Scripture, calls on all our people to minister pastorally and sensitively to all irrespective of sexual orientation and to condemn irrational fear of homosexuals, violence within marriage and any trivialisation and commercialisation of sex;

as an integral part of the motion. To list people in breach of other parts and not those in breach of this lacks integrity and credibility.

5. I found the tone of the statement unhelpful, and it raised the question of what the statement sought to achieve—some sort of response of action, or just a sense of justification for anticipated decisions? This was Peter Ould’s main observation online: what is the statement for?

If GAFCON want action taken against these folk, do they have a game plan as to where that might take us? There is HUGE uncertainty in turning our cold war into a hot one. It is a golden rule in handling weapons that you simply DO NOT unsheathe or brandish a loaded weapon unless you know exactly what you are or aren’t going to do with it AND you are fairly certain as to what the medium to long term outcome of such a firefight will be. I’m afraid the publication of this letter (as opposed to its use internally within GAFCON which seems eminently sensible) is the equivalent of a foolish young Lieutenant leading his platoon into battle without understanding the enemy, the terrain, support or reinforcement or having any concept of the war he is involved in beyond the sight of his muddied and broken periscope. It is Balaklava.

I have been asked by several people not to be ‘critical’ of GAFCON since, as an evangelical, I share some of their concerns. But it is easier to be supportive of something that is supportable, and I haven’t had much joy in asking those people to be similarly collegial.

All of that made me sympathetic to the Bishop of Salisbury, Nick Holtam’s letter in the Church Times, in which he highlighted the problems with personal naming, with inaccuracy, and with the lack of mutual respect. Holtam was in debate with Andy Lines, the spokesman for GAFCON, on Radio 4’s Sunday programme last week, and he articulated many of these concerns clearly. But in doing so, he also threw in two other assertions which are equally problematic. The first was the fact that Lambeth I.10 acknowledged that there were differences of view within the Anglican Communion, as if these different views were considered to have equal weight. The second was to deploy the language of ‘good disagreement’ (quoting Justin Welby) as if that meant that we are already in a situation where there are two equally acceptable views within the Church, co-existing with equal status.

Some of the problems (and complexities) of communication around this are highlighted in the comment issued by William Nye, Secretary General to both the Archbishops’ Council and the General Synod, made in response to the GAFCON statement. The statement clarifies the status of Lambeth I.10, and corrects some of the inaccuracies of the GAFCON statement that I have highlighted above. But at least as interesting are the omissions around each of the observations, which are an important part of the situation in which we find ourselves.

The statement is quite right in highlighting the status of Lambeth I.10, and its limitations in relation to discipline with provinces. What it omits to mention is that the motion was received in the Church of England, in that subsequent debate in Synod did not demur from it, and (more significantly) several subsequent statements from the House of Bishops have referred to it as one of the key statements for the Church, and have expressed the position of the Church of England in reference to it, using it as a touchstone which locates the C of E firmly within the stated position of the Anglican Communion. (The statement does note that these statements are ‘consistent with’ I.10, but in fact they are more than that.) Those listing themselves as ‘proudly in breach’ of Lambeth I.10 are therefore also ‘proudly in breach’ of the current teaching and discipline of the C of E as the bishops have articulated it.

Nye’s statement rightly highlights the fact that clergy are permitted to enter into civil partnerships, but it does not note the caution that the bishops expressed in saying that, and the need for clear commitment to celibacy to avoid giving the impression that this is a quasi-same-sex marriage. The statement also notes that possibility of pastoral prayer—but again does not mention the similar qualification around that at the time, that such prayer must not allow the erroneous impression that this is any form of blessing.

But overall I was left with a bigger question. William Nye is an employee and a civil servant, serving the Church (very capably in fact) in his role—but he is not appointed as a spiritual leader. It is quite right that he should correct points of fact in relation to the Church—but this issue surely goes beyond points of fact into questions of the teaching and discipline of the Church. So where was the episcopal comment on all this? Apart from Nick Holtam, the only other episcopal voice to be heard was that of Alan Wilson, who commented on Facebook:

The irony is Pastor Steven says gay people should kill themselves – he’s crude and up front about his disgust and hatred and the result is truly morally disgusting. Ironic that his underlying theology is the one C of E bishops say they have to maintain as an official position or the Anglican Communion will split – much of Lambeth 1.10 is just a more polite and more hypocritical version of the same old basic reactionary fear and disgust, dressed up as theology.

So the only two episcopal voices are one asserting that two views already co-exist equally, and another likening the Church (and so his fellow bishops) to a murderous homophobe. Why no other comment? Despite the mistakes of their Statement, GAFCON are highlighting an important issue which has not been addressed: that the Church and its leadership have been inconsistent in implementing its own stated policy—and that requires change.

As the conversation becomes more fraught over the next six months (as it is likely to do), what we need is not less, but more clear episcopal leadership, articulating with clarity and credibility the Church’s teaching on sexuality. Without this, the vacuum will be filled with ever shriller voices, and the debate will descend into political and moralising point scoring on either side.

65 thoughts on “The discourse of the sexuality debate”