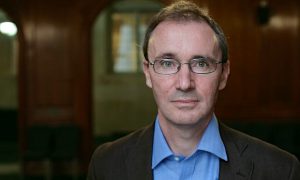 This week I was planning to reflect on the relationship between compassion and power in John 11, and on what helps disciples to grow. But quite a lot happened over the weekend, and it deserves some comment.

The one that has grabbed the headlines was the announcement by the Guardian, late on Friday night, that the Bishop of Grantham, Nick Chamberlain, was the ‘first bishop to announce that he is in a gay relationship.’ Of all the reports, the Guardian’s was probably the most reliable, not least because it included towards the end the admission that the headline was completely misleading.

In 2003 the Times reported that the Right Rev Peter Wheatley, then the bishop of Edmonton, was gay and living with his partner. He said he was “a celibate Christian living by Christian teachings”.

Wheatley retired early in 2014, presumably to avoid the kind of publicity that he could see coming and which Chamberlain is no experiencing. In fact, there is a Wikipedia page on gay bishops, which has a section on the Church of England. It is not entirely accurate, and it took a whole day to be updated to include the Bishop of Grantham.

And what is the significance of this non-first? Formally speaking, absolutely nothing. The Huffington Post puts it rather well: ‘The Church of England has reacted with complete disinterest after one of its bishops became the first to publicly confirm that he is gay and in a relationship.’ Adrian Hilton reacted with customary spleen: ‘The Bishop of Grantham is gay and celibate—SO BLOODY WHAT?’ (There was a little irony that he hosted a contrary comment from Gavin Ashenden the day before—but we will come back to that.) So, no line has been crossed; nothing has been tested; the teaching position of the Church has been observed, and in Nick Chamberlain’s case, always has been.

I was notified of the news prior to the Guardian article’s publication, and it occurred to me that the first question that would be asked was: is this news? Given that he was consecrated so recently, in November 2015, were those involved in the appointment aware of his situation? Justin Welby, in the Guardian piece, gives an unequivocal answer: yes, at every stage, and Christopher Lowson, Bishop of Lincoln, confirms this. So all discussion and debate could probably end there. Except…

There is a small host of other questions that have arisen from this incident. The first question some people ask is, why is it anyone’s business? Isn’t a church leader entitled to some privacy? Well, yes and no. The difficulty for all clergy is that, at ordination, we are asked:

Will you endeavour to fashion your own life and that of your household according to the way of Christ, that you may be a pattern and example to Christ’s people?

to which we respond: By the help of God, we will. We have made a public commitment in relation to our personal lives, and it is not unrealistic to expect some scrutiny here. But that can easily be abused, and I think that is what has happened in this case. Nick Chamberlain decided to go to the Guardian after a ‘Sunday newspaper’ (probably the Sunday Times) ‘threatened’ to out him. In fact, this cannot technically happen, since it is against the press regulation rules. Colin Coward, on the Changing Attitude Facebook page, put up a sort of apologia, explaining that, according to his conversations with journalists, the Sunday paper in question was simply going to report on an ‘unnamed gay, partnered bishop in the Church’ and they consulted the Bishop of Grantham as to whether he would like to be named or not. I think most people will treat these weasel words with the contempt that they deserve. Wayne Plimmer, a clergy colleague in Beeston, commented to me:

I also have in mind the human being at the heart of this … a faithful friend of thirty-five years standing who has sought to respond faithfully to God’s call.

It looks very much as though this ‘non-outing’ was timed to coincide with a letter from Andrew Foreshew-Cain and other same-sex married clergy and laity, designed to ‘put pressure on the House of Bishops’ to change the Church’s position. But of the eight clergy signing the letter, four were already known of, one holds no licence (and hasn’t for a decade), one is retired, one is in academia, and one is an incumbent about to retire. If the letter does anything, I would have thought that it would encourage the House of Bishops to think that the process of discipline is working rather well—and the great irony is that this letter has largely been lost in the debate about the Bishop of Grantham. So Colin and/or Andrew’s action has backfired spectacularly.

Is the idea of being in a celibate relationship possible or helpful? Jayne Ozanne argues vehemently that it is not possible to define or distinguish a sexual from a non-sexual relationships, since no-one can give here  a list of things that you can and cannot do in either situation. (In fact, Sean Doherty has offered an answer to that question.) But that is a nonsense position; there is no end of situations where two people are required not to be in a sexual relationship, including a school teacher and pupil, or a professor and undergraduate student. Is it really the case that all such limitations are meaningless? This is the ethical situation of the hair and the beard: suppose (for health and safety reasons) an employee is required not to have a beard. How many whiskers are actually allowed before this constitutes a beard? If I don’t shave for a day, am I contravening this? Or two days? or three? There is no objective answer—subjective judgement is required—but this does not make the regulation meaningless.

Gavin Ashenden argues online and on the radio that Nick Chamberlain’s appointment is very unhelpful. I do like the way he starts the broadcast with a personal expression of support and sympathy for Chamberlain, and that he immediately goes on to agree that the appointment, in principle, is perfectly reasonable, and has clear historic precedent. But he then goes on to criticise Chamberlain’s use of the word ‘gay’, as buying into a sub-Christian and mistaken anthropology which defines us by our sexuality. I disagree with Gavin here, since Chamberlain says very clearly to the Guardian and his sexuality is only part of who he is, and he would much rather talk about ministry. It is notable that he makes no comment along that lines that he wants the Church to change its position.

Then of course there is the intervention by Peter Jensen from Sydney in the name of GAFCON. I don’t really understand why Jensen believes he has a brief to comment on affairs in the C of E; I have never taken it on myself to pronounce on the way he leads his diocese. The letter notes that the appointment is in line with the current position of the Church—but still thinks the appointment is a ‘major error.’ That doesn’t really make sense. What I think he intends to say is that the Church’s current position is a major error. The objection is to ‘same-sex relationships which are not sexual.’ The difficulty here is that I am in a number of same-sex relationships which are not sexual; I call them my friends, and Nick Chamberlain appears to be doing the same. It was interesting to note that, in his interview on Radio 4’s Sunday programme yesterday, he underplayed it as an ‘exclusive’ relationship, saying of his friend that ‘he, amongst many others, helps me stay sane.’

A fourth objection is of quite a different kind. Some have suggested to me (on the basis of a Reformed theology reading of Romans) that ‘same-sex attraction is a sin, whether or not one engages in same-sex sex’—that is, desire itself is sinful, and that to experience same-sex attraction, even if not acted on, is problematic in relation to ministry and leadership. I think this is a poor and mistaken reading of Paul’s language of ‘desire’; if the Reformers read it this way, then I think they need to be reformed by Scripture; I think it is a very odd way to understand emotion, temptation and sin (if I have depression, am I sinning by thinking negative thoughts?); it looks like it is buying into a discredited approach to ‘healing’ same-sex attraction; it undermines the ministry of those who experience same-sex attraction and are either celibate or other-sex married; and it is pastorally unhelpful.

[In the first version of this blog, I erroneously attributed to Lee Gatiss, chair of Church Society, the idea that being same-sex attracted was a bar to ministry. He has at no time said this, and it is not a view he holds. His comments to me, in an earlier discussion, were: ‘Whether it’s the right thing to put on a placard or lead with in apologetic conversation, I’m wondering whether it is actually true (or not, which Ian says) that homosexuality (same-sex attraction) is sin….I’m saying that it looks to me like Protestant theology and interpretation of the Bible has always said it is….Article 9 would seem to be saying that a same-sex attraction is a sin, whether or not one engages in same-sex sex. All sinners are disqualified from the kingdom, unless they repent and believe.’ Though I disagree with Lee’s view here, I wrongly inferred from that a view on ministry, and I am very happy to fully and publicly apologise to Lee.]

No doubt those in Lincoln diocese will have other questions about Nick Chamberlain’s own teaching position on this question. But I would like to finish with Wes Hill’s very helpful reflection:

Without intending to overstep any of my boundaries as a layman, here is the kind of thing I would love to hear Bishop Chamberlain say one day:

Yes, I am in a committed, faithful relationship with another man. I love him deeply and hope to spend the rest of my life in his company. And no, we don’t sleep together. But I think it’s important for you to know that we don’t sleep together because of our love for each other. You see, we’re Christians, and Christians believe that God has made us and that He set up sexual relations for a specific purpose. God intends sex to bind a husband and wife together in intimacy and to lead to the gift of new life through procreation. And, likewise, God intends same-sex closeness, guarded by chastity, to build up each of the same-sex friends in love of Himself and love of neighbor. It would actually, then, diminish the closeness my partner and I enjoy if we were to sleep together. It would be taking one thing—sex—and using it for a purpose other than what its Designer intended it for. And, as we all know, when we misuse the Creator’s gifts, we don’t gain more intimacy; we simply find ourselves further alienated from Him and from one another. So, no, we’re not having sex. And we’re living our lives as celibate men in the hope that we’ll be able to love each other more deeply, more truly, and more in line with how God in Christ has made us and redeemed us to be.

Something like that, at least, is what I find myself praying for Bishop Chamberlain—and for all the gay folks in my broken, beloved Anglican Communion.

120 thoughts on “The Bishop of Grantham and ‘crossing a line’”