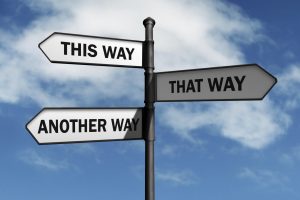 Glynn Harrison and Andrew Goddard offer some reflections on sexual orientation change efforts (SOCE) in the light of the forthcoming Synod debate and a recent paper by Michael King and Robert Song.

1. We are grateful to our colleagues and friends Michael King and Robert Song for their observations on the effectiveness and potential harm of ‘conversion therapy’, or sexual orientation change methods (SOCE), in a document recently circulated to members of General Synod and published online. We have greatly benefited from our mutual discussions on these issues in the past and look forward to continuing our conversation in the future. We share their desire to see any potential for harm minimised and feel we should sketch out some of our points of agreement, but also disagreement, in the light of their brief paper.

2. We appreciate the acknowledgment of the significant limitation in what may be counted as ‘scientific evidence’ in these contentious and highly complex debates. We also welcome the statement that deciding whether a ban on SOCE is justified “requires the exercise of wider moral and prudential judgement, and is not strictly a matter of scientific evidence”.

3. We are particularly heartened by their recognition (as we have pointed out previously) that the evidence is limited by the total absence of randomised controlled trials (RCTs) in this area. As our colleagues explain, the RCT is the ‘gold standard’ method for drawing conclusions about causation, whether we are considering benefits or harm. Even where RCT’s have been carried out there are further complex methodological considerations to bear in mind before making bold and sweeping assertions or moving to ban particular forms of intervention.

4. The fact of this complexity should perhaps cause Synod to reflect on whether as a body it is equipped to make broad declarations about the effectiveness, or potential for harm, of SOCE. This is particularly the case given the vast array of different counselling and pastoral approaches included under this general label.

5. Having acknowledged the lack of RCT’s, our colleagues cite other sources of evidence regarding both the effectiveness and the harms – two distinct but often conflated outcomes – associated with SOCE. These take the form of various surveys that have been carried out among people who report having been involved in some sort of SOCE. However, recent difficulties experienced by political opinion pollsters should alert us to the hazards of making bold generalisations on the basis of selected samples.

6. One study (Dehlin et al, 2014) is mentioned because of its larger sample size, but larger numbers do not necessarily eliminate certain forms of bias. Further, Dehlin et al. recognise the problems with trying to generalise from their convenience sample of people connected with the Mormon Church. The weaknesses which Michael King and Robert Song report as leading Spitzer to retract his paper on sexual orientation change – “biased recruitment of participants who could not be regarded as representative of people receiving such therapy”, “the validity of self-report”, “the lack of any control sample”, “the vagaries of memory” and “the tendency of people consciously or unconsciously to rewrite their past” – are also present in Dehlin et al’s study of harm. This raises the question of how we ensure methodological criticisms are applied fairly and consistently across studies.

7. However, despite these and other differences between us, including important differences regarding the roles of biological and social factors in the patterning of human sexual interests, we agree with our colleagues’ general conclusion

This statement is non-contentious and, indeed, applies to many other forms of counseling, forms of pastoral support, or more formally ‘therapeutic’ interventions, that have not been subject to the kind of outright proscriptions proposed in the motion before Synod.

8. Given this important agreement, a key question is “what constitutes a reasonable response in these circumstances?” For those Christian believers who experience a sense of conflict between their sexual interests and their Christian identity, and who seek counseling or pastoral support, we believe that, in common with other counseling approaches, it is necessary to explain the lack of high quality evidence for the prospect of radical change (e.g. the absence of reliable RCT’s) and the potential for harm that could result, especially from unrealistic expectations and promises of benefit from any particular counseling support. Indeed, we note that influential support groups for Christians who experience same-sex attraction such as ‘Living Out’ and ‘True Freedom Trust’ focus on the need for acceptance and formation in Christian discipleship rather than offering bold claims of sudden shifts in the patterning of sexual interests and attraction.

9. However, we believe that in making further judgments about a reasonable response, two other factors need to be considered. First, we are disappointed at the minimization of the reality and extent of sexual fluidity. Although it is acknowledged that “sexual fluidity does occur” it is also asserted that “it is deeply misleading to state that…sexual desires can change”. Further, there is no comment at all about the issue of bisexuality – among adults who identify as LGB, bisexuals have been reported as comprising a majority among women and the proportion now appears to be rising markedly among younger people. Figures may vary, but we consider this to be a serious omission.

10. Bisexuality poses a major pastoral challenge to the Church at this point in the unfolding of the sexual revolution. For example, what are the implications of the motion before Synod for the pastoral and counseling support of a bisexual married person with children who wishes to hold to their marriage vows by ordering their sexual interests in line with their religious convictions and identity? There are many faithful Christians who wish to interpret and respond to their sexual interests in line with their identity in Christ, and the teaching of Scripture and the church, rather than re-define their identity on the basis of their sexual interests. The motion risks closing down conversation about the pastoral and counseling challenges of bisexuality at precisely the point in secular discourse when people are beginning to move beyond the old binary of ‘gay’ versus ‘straight’. Synod thereby risks buying into yesterday’s ‘science’.

11. Second, we recognize that Synod may be impressed by, and somewhat in awe of, the professional bodies that have signed up to statements such as that which it is being asked to endorse in the motion. We should bear in mind however that, notwithstanding their well-intentioned nature, these general declarations are not formulated within a Christian worldview of what it means to flourish as creatures made in the image of God, called into a self-sacrificial life of holiness within God’s work of redemption.

12. Within a purely secular framework people may be offered ‘gay affirmative’ counseling that seeks a full integration of same-sex, or bisexual, sexual interests into their sense of identity and affirms and supports them in their sexual relationships. Some Christians may also choose this course of action. Other Christians however will choose to embrace the biblical worldview as the integrative framework of their identity, and seek counseling or pastoral support that is correspondingly modeled on its teachings. They also have a right to do so, subject to the safeguards we have outlined above (paragraph 8).  This approach (recognized by the American Psychological Association in their Report of the Task Force on Appropriate Responses to Sexual Orientation (2009)), has been called the pursuit of ‘telic’ congruence. We believe this to be a more thoughtful and appropriate response to these complex questions and commend it to our friends and colleagues on General Synod.