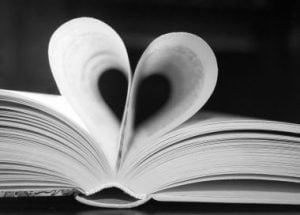 I offered a specific response to the debate on this earlier in the week; this is the more general article I wrote for Christian Today. Some of this found its way into the other post.

It has become fashionable of late, and particularly in ‘progressive’ circles, to reject the mantra ‘Hate the sin, love the sinner’ – and often with some vehemence. I am not sure it’s a phrase I have ever used myself, but it is an idea I am familiar with from my evangelical upbringing, and in a recent discussion online I defended it as having a biblical mandate. Curiously, the person I was disagreeing with thought the saying was harmful and damaging, and undermined the command to love – but wanted to remain my friend. I don’t know if he saw the irony of fulfilling the very command that he was rejecting.

One of the most distinctive things about the ministry of Jesus in the gospels – and one of which we are acutely aware in our culture of division and conflict, of disagreement and vilification – is the way he reaches out to those on the margins. He scandalised the religious leaders of his day by touching the unclean to bring healing; he risked his reputation in order to associate with the impure; he stood close to those whose sin brought the judgement of others in order that he might offer forgiveness. He was very clear that his ministry was not to those who thought themselves righteous enough – the well don’t need doctors – but to the spiritually sick, sinners who needed to repent (Luke 5:32). This was indeed the one who, more than anything, loved sinners.

But did Jesus hate sin? Early in Mark’s Gospel there is a story which even his first readers struggled with. Jesus meets a man suffering from a debilitating skin disease, and Jesus is clearly disturbed by this. Most manuscripts have “he was moved with compassion” (Mark 1:41), but there is good reason to think that the minority text “he was angry” is the original. This is very challenging: the New Testament talks of God’s ‘anger’ or ‘wrath’ as his fixed opposition to all that is sinful, but never uses the verb ‘to be angry’ of God. Yet here is Jesus, angry at this man’s disease. Is he angry at a fallen world, where such things happen, or the religious culture, which isolates the man, or perhaps even the man’s doubting whether he can be healed? Mark does not tell us. But he does tell us that Jesus gets pretty cross at sinful attitudes and actions.

He seems irked by those questioning his forgiveness of the paralytic in Mark 2. When he meets a man with a withered hand on the Sabbath, he looks at his opponents “with anger”‘ (there’s the word again, Mark 3:5). When the disciples refuse to let the children come to him, he is incensed (Mark 10:14). In each of these examples, Matthew and Luke smooth the wording out to make Jesus look less antagonistic. But they cannot escape this aspect of his ministry. In Mathew 23 (and Luke 11) Jesus lets rip at the complacency, selfishness, self-satisfaction and oppression of the scribes and Pharisees. He does not mince his words! He seems really angry at the way they withhold the good news of God’s grace, and confine his blessing to a religious elite. Matthew makes the point strongly – he lists Jesus pronouncing seven ‘woes’, a complete catalogue of judgement.

It seems that Jesus didn’t just love the sinner – he hated sin and all the consequences of the way it leaves people broken and their lives distorted.

So shouldn’t we be the same? It isn’t much defence to say that this is something only God can do, since we cannot hate sin without that spilling over into a hateful attitude to people. If I give up on trying to do anything that only God can do perfectly, then I might as well pack up now as a disciple! In fact it only takes a few moments consideration to see that this attitude of Jesus’ is something that we cannot avoid.

How do we respond to the closing of ranks, fabrication of the truth and defence of self-interest we have seen in the recent judgement about the Hillsborough stadium disaster – sinful actions that left so many locked in grief for 27 years? Don’t we feel indignant? How do we respond to the stories of exploitation of workers around the world in order to source luxury goods for those of us living in the West? Don’t we feel the sting of injustice? How do we respond to the relentless accumulation of vast wealth by a few, the wanton destruction of the environment, and the sexualisation of our culture which leaves young people, especially young girls, insecure, uncertain and open to exploitation and manipulation? How do we respond to the self-concern endemic in our society which leaves so many alone and isolated? If we do not share Jesus’ sense of anger and indignation concerning the sin we see around us, we have failed as disciples and lost our humanity.

It is no wonder then that Paul says something very close to ‘hate the sin, love the sinner’ in his ethical injunctions in Romans 12:9.

Hate, despise, abhor anything that is evil; stick like glue to whatever is good (my translation)

Reflection on our own experience might discourage us from believing that this is possible. Can I really separate who I am from what I do? Can others truly love me if they profoundly disagree with or dislike my actions? As we get older, many of us recognise how deep-seated are our attitudes and our failures, and it can seem hard to separate these from who we are. But it is worth reflecting further that Paul writes Romans 6 to all Christians, not just the young enthusiasts in the first flush of excitement of coming to faith, thinking naively that it might be possible to live a life free from sin.

We are those who have died to sin; how can we live in it any longer?… We were therefore buried with him through baptism into death in order that, just as Christ was raised from the dead through the glory of the Father, we too may live a new life. (Romans 6:2, 4)