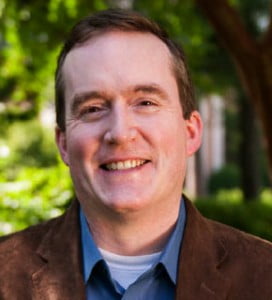 ‘If you’re not confused, then you don’t really know what is going on.’ This saying, from the ‘troubles’ in Northern Ireland, could apply equally well to the current debate about transgenderism. Although the issue affects a much smaller number of people than the 1.5–2% of people who are same-sex attracted, it is seen (on all sides) as the ‘next front’ in the gender wars.

The questions raised are connected (in one direction) with the debates about same-sex relations, but also (in the other) with the debates about gender roles and identity between men and women—and yet the connections themselves are not straightforward. So we would do well to have an experienced pilot to help navigate these turbulent and unpredictable waters, and Mark Yarhouse is the person we need. Yarhouse is both an academic and a clinical psychologist, and in the academic world has been a pioneering researcher in issues of sexual identity and religious belief. But he is also an evangelical Christian, and it keen to connect the realities of his clinical experience with biblical and theological categories.

This is evident in his recent article in Christianity Today where, as is common in his writing, he starts with stories of people who have experienced Gender Identity Disorder or, as it is now called, Gender Dysphoria. But, as a move of theological reflection, he then offers a three-fold framework by which we might try and make sense of these stories. In other words, he aims to give experience its place without allowing experience to simply control the narrative in an uncritical way. This move is set out more detail in his recent book, Understanding Gender Dysphoria.

He begins with an honest appraisal of where we are in the debate:

That has been confirmed for me as I have conducted research for this book: no one is satisfied with anyone else’s perspective on the topic of gender identity. There are considerable professional and popular divisions that have made it a virtual minefield for any author who wants to step foot on this terrain. (p 9)

But he also sets out his commitment to engaging with the real experiences of people affected:

I would like the reader to gain greater insight into the experiences of people who experience gender dysphoria, recognizing that there is no one experience that can capture the range of experiences that exist today. (p 11)

The first major chapter simply sets out the issues and the terminology, and simply mapping this out demonstrates what a biologically, culturally and socially complex phenomenon this is. For Yarhouse, this is key data in shaping a Christian response:

Given the complexities associated with these issues and the potential for many and varied presentations, pastoral sensitivity should be a priority. (p 25)

The next chapter starts to explore what a Christian response might looks, and here Yarhouse is concerned to take theology seriously. He notes the dangers of two opposite extremes of response: ‘The one hazard is to look to Scripture for answers it is not prepared to provide. The other hazard is to fail to critically reflect on the sociocultural context in which we live and make decisions about gender identity and dysphoria’ (p 30). Engaging with his more conservative readers, he looks at the ‘bogey’ texts that are often cited—but then moves on to look at the shape of the biblical drama, through creation, fall, redemption and glorification. In taking this seriously, he does a much better job than others have done in providing a theological framework in which we make sense of experience and culture.

Out of this, Yarhouse makes his key contribution: a threefold framework which he then applies throughout the rest of the book to reflect on clinical, personal and social realities.

Interestingly, Yarhouse seems some value in each of these, and for this has been criticised by conservatives such as Robert Gagnon, who sees any accommodation to transgender claims as colluding with self-delusion. (See also the rather hesitant review by a Southern Baptist.) Yet Yarhouse clearly wants to hold onto the insights of the ‘integrity’ position, since he values the theological perspective that this brings. What is really valuable is the way that he uses these three positions to explore possible responses to each area of discussion as the book progresses.

The next chapter looks at possible causes of gender dysphoria, and although short, it is eye-watering in its complexity, despite Yarhouse’s clear explanation. It is interesting to note how even the clinical debates on gender identity carry a large amount of philosophical baggage. The following two chapters look at ‘Phenomenology and Prevalence’, looking at how gender dysphoria actually presents at different stages of development, and ‘Prevention and Treatment.’ Yarhouse is clear here that gender dysphoria is what it was previously labelled—a disorder—and that a naive acceptance of the desire for ‘gender reassignment’ is not the only compassionate response which takes seriously the subject’s experience.

The final two chapters explore what a Christian response will look like in practice, first from a personal and then from an institutional point of view. Yarhouse returns here to his opening observations of the dangers of polarised reactions:

I see two common impulses that the church may need to re-evaluate. One impulse is to convey the integrity framework to the exclusion of the potential benefits seen in the disability or diversity frameworks. Such a church would be of little relevance to people within their own community who are navigating gender identity concerns, nor would they have much of a way of communicating and understanding concerns about identity and community that are increasingly relevant to the broader culture…

The other impulse is to convey tolerance and inclusivity—to draw exclusively on the diversity framework to the neglect of the integrity and dis- ability frameworks. We can imagine a church that is so focused on cultural relevance it loses sight of the ways in which some are pushing hard to de- construct sex and gender norms. (p 155)

In this way, though he doesn’t express it in these terms, he helpfully connects our response to this issue with questions of credibility, apologetics and mission. This still leaves us with much to do:

The Christian community has several ongoing responsibilities moving forward. These have to do with thoughtful scholarship in this area, which includes: 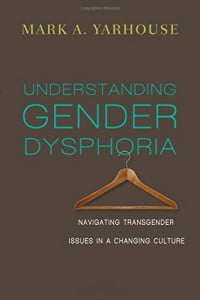 What is striking in all this is the author’s profound sense of awareness. He is acutely aware of the stories of those experiencing transgender inclinations; he is aware of different theological responses; he is aware of what is at stake within culture; and he is even aware of the impact of his own responses to all the different groups who have a stake in this. I think this is what makes early readers see this book as so valuable in shaping our understanding of and response to the issue. And it is this which shapes Yarhouse’s own response:

Certainly we can extend to a transgender person the grace and mercy we so readily count on in our own lives. We can remind ourselves that the book of redemption in a person’s life has many chapters. You may be witness to an early chapter of this person’s life or a later chapter. But Christians believe that God holds that person and each and every chapter in his hands, until that person arrives at their true end—when gender and soul are made well in the presence of God.

23 thoughts on “Navigating the transgender agenda”