One of the issues that has kept surfacing in the last few months, in the rapidly changing scene relating to same-sex relations, gay marriage, and the church, has been the question of integrity. Is the Church doing one thing, but saying another?

Jeffrey John pointed out some time ago that much of the Church’s current problem has arisen from the 1960s, when ‘liberal’ bishops started permitting and even encouraging relationships ‘on the ground’ that were completely contrary to the Church’s actual teaching. I have found it fascinating, in various discussions, to be accused of this hypocrisy myself. In defending the Church’s teaching, surely (it is said) I must have known that this was not the Church’s practice. As a naive, credulous evangelical, who actually assumed that people meant what they said and were committed to keeping promises they had made, I didn’t! 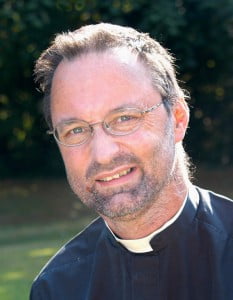 As Justin Welby has signalled, the battle over same-sex marriage in society is now over. But of course the battle in the Church continues—and in fact I think will now intensify. A notable commentator on this is Alan Wilson, suffragan Bishop of Buckingham in Oxford Diocese. Alan and I have had a good number of interesting exchanges over the last couple of years, and I think we have been able to do so whilst maintaining some mutual respect. (You can see his comments about me on the Commendations page of this blog.)

His latest comment has been characterised as a call that ‘Clergy should defy Church’s ‘morally outrageous’ gay marriage ban’.

The Rt Rev Alan Wilson, the Bishop of Buckingham, said priests should be “creative” to get around restrictions on blessings for same-sex couples and that gay clergy who wish to marry should do so in defiance of the official line.

Given Alan’s call for ‘honesty and truthfulness’ and the need for integrity, I find this a strange recommendation on at least two levels. First, clergy have committed themselves to obedience to their bishop in all things ‘lawful and honest.’ You might disagree with the current position of the C of E, but it is clearly not illegal, and the position itself can only be called ‘dishonest’ as a rhetorical ploy. To encourage clergy to act as Alan suggests is to encourage them to break their ordination vows.

But, secondly, I find it very strange that a suffragan bishop should encourage clergy to defy the teaching of the collegial body of bishops of which Alan is a member. Surely the ‘honest’ position to take is to argue one’s position within the group, seek to persuade others, and if this is not successful, to accept the group’s view and continue to work within that. If anyone on a PCC, or in a work context, bypassed this kind of process in the way Alan’s pronouncement appears to, I don’t think any would hesitate in describing this as the ‘nightmare’ scenario for working relations.

I am sure that Alan would respond that the recent statements of the College of Bishops (all the bishops together, on the Pilling report), and the House of Bishops (the diocesans plus elected suffragans, on same-sex marriage) were in fact ‘dishonest.’ And this appears to hinge on Alan’s other assertion:

He also claimed that several current serving bishops are themselves in gay partnerships, and urged them to publicly acknowledge their status for the sake of “honesty and truthfulness” and even consider marrying.

This is yet another of those hideous situations where, apparently, anyone ‘in the know’ knows, and it is an open secret. Except that, what with my being a naive evangelical, I don’t. In fact, I seriously wonder whether this is the case—whether there are partnered gay bishops as Alan asserts.

But there is, of course, a very simple way of both ascertaining whether this is true, and resolving this apparent ‘hypocrisy’:

Alan should simply name them.

The individuals would themselves be able to either affirm or deny this; the true position of the Church would become clear; and those bishops would then need either to resign, or join Alan in campaigning for change—with integrity. This is important not just in relation to the current debate, but more widely for the sake of mission. The one thing that puts people off Christian faith more than anything else (in my experience) is hypocrisy amongst Christians. So, Alan, let’s put an end to this particular example of it.

However, if Alan will not name them, then his assertion remains merely that—an assertion with no supporting evidence. I think the phrase ‘Put up or shut up’ is a bit harsh—but I don’t see how someone can continue to repeat an assertion like this and at the same time refuse to provide any evidence to back it up.

So, Alan—over to you. I look forward to your comment.

40 thoughts on “Gay marriage, integrity and the church”