Andrew Goddard writes: Despite the College of Bishops being unable to meet as planned in September due to the death of the Queen, the Next Steps Group has confirmed that it is sticking to its original timetable for the discerning and deciding stages of the Living in Love and Faith journey. It will produce proposals for the February General Synod to “consider proposals from the College and House of Bishops and agree a clear direction of travel”.

That group, chaired by the Bishop of London, and now comprising eight other bishops, is tasked to “draw up scenarios for different outcomes and consider the ecclesial implications” and to “consider and bring forward to the House proposals for consideration of any motions or other business that should go to the General Synod arising from the process of learning proposed by the LLF resources”.

In addition to the LLF materials used across the church over the last two years, the bishops will also be resourced by

The inability to meet for three days of face-to-face conversations as planned has been replaced with “homework” for the bishops, “written reflections as part of their preparation for the next College of Bishops meeting at the end of October”. In addition to those imminent two days to consider “proposals for a way forward, the implications for formal decision-making, and how this will be communicated to members of General Synod and the wider Church” there will be a further two days in December (when the House—all diocesans and elected suffragans who are members of General Synod—will also meet) with the January meeting of the College then finalising proposals to bring to General Synod when it meets in London on February 6th to 9th.

Agreements, Disagreements and Areas for Discernment and Decision

Given the breadth of materials covered in the LLF resources, it is likely, and to be hoped, that this process will be quite wide-ranging in addressing matters across the areas of identity, sexuality, relationships and marriage. Alongside it there is also the imminent release of the work of the Families and Household Commission. It seems clear, however, that it is questions relating to the Church’s response to LGBT+ people and in particular to same-sex couples that will receive most attention. This will therefore be the focus in the articles that follow although it is essential that whatever is said and done here is integrated with the wider question of the church’s teaching and practice in relation to identity, sexuality, relationships and marriage and that questions relating to heterosexuality are not ignored in these four areas.

It seems that there are a number of important areas of consensus across the disagreements, including:

It is to be hoped that the bishops will be able to offer ways forward which fill out these and other areas of agreement in practice in a way that continues to have wide support across our different understandings.  It cannot, however, be ignored that how these agreements should take shape in Christian communities leads to significant divergences. These arise from the many areas of significant theological and practical disagreement threatening the unity of the church and the clarity of its message and practical witness. In an earlier article I set out how the LLF resources honestly identified and helpfully explored eight of these. It is vital such theological differences, and their practical consequences, continue to be considered. However, attention now has moved from LLF’s focus on theological reflection to the task of deliberation as the bishops have to address questions which Living in Love and Faith studiously avoided answering and relate to “what are we to do?” Here I would identify five key areas, the first relating to teaching (which will be explored in a second article) and then four relating to practice (to be explored in a third article):

What is now needed from the bishops?

Firstly, the whole LLF project was designed to enable learning and theological reflection across the church. Although its focus was matters of identity, sexuality, relationships and marriage, it demonstrated that we can only consider these and our different understandings in relation to them by setting them in a much wider theological context. One central question here—the longest section of the LLF book—is the question of how we hear God, raising questions of authority and theological method and in particular different understandings of Scripture. As the bishops move to propose a direction forward in the face of deep theological differences and are guided by the recent summaries of responses to the LLF materials and views of different networks, there is a real risk they will abandon theological reasoning. There will be a temptation simply to presume theological diversity and seek to broker a pragmatic response which they consider most politically feasible. While practical questions are clearly important to bear in mind, it is essential that both their approach and any agreement they reach are first and foremost theological not merely anthropological or sociological.

Secondly, and following from this, whatever the bishops discern as the way forward they need to provide a clear theological and biblical rationale for it. The wider church, having wrestled with these questions through LLF, can then receive and weigh this rationale carefully. They need—drawing on the LLF book and other resources and what has been heard from Christians who engaged with these—to explain both what they believe they heard from God and how they have come to hear that. Those of us who worked on LLF were not asked to make either of these judgments and so this is a further and crucial piece of work still to be done by the bishops.

Among LLF’s learning outcomes was to enable the bishops and the wider church to “have a deeper understanding of the Church’s inherited teaching on Christian living in love and faith, especially with regard to marriage and singleness, and of emergent views and the Christian reasoning behind them”. If the bishops reaffirm the Church’s inherited teaching then they need, drawing on LLF, to clearly provide the Christian reasoning for so doing and to explain why they are not convinced by the arguments that “emergent views” have raised against it. If instead the bishops adapt or abandon inherited teaching it is even more important that they show their workings for doing so. They will need to make clear what in inherited teaching and current practice is wrong and why. They will need to explain why they have been persuaded by whichever of the “emergent views” they now commend but not by others. To draw on the learning outcomes sought by LLF, it is important that—in setting out what they believe the church has learned—the bishops offer something that:

Finally, it is important that the current period of discernment and decision-making is not starting with a blank sheet of paper. The first section of the Living in Love and Faith book, was entitled, “Reflecting: what have we received?”. The third chapter, on “the gift of marriage” explored “the biblical and historical roots of the church’s understanding of marriage as a lifelong, faithful relationship between one man and one woman” (p 10) and within this, in its discussion of marriage and the gift of sex, it explained (p 33) that

God’s good gifts of sexual desire and intimacy, with all their power and potential for good and harm, find their proper place and freest space in marriage. Here, the ‘natural instincts and affections’ that God has planted within us are ‘hallowed’ and to be ‘rightly directed’ for the purposes of love.

This current teaching is summed up in various other statements of which four are particularly important:

It might be helpful to frame our disagreements and seek to address them within this shared vision: what we are called to discern is which patterns of life are forms of faithful witness in chastity and holiness, a range of patterns of life that are therefore to be offered to all people, whatever their marital or relationship status, whatever their sexuality or gender identity. In its important discussion of chastity, the LLF book (p 253) explained that chastity is not simply sexual abstinence but “A chaste life is one in which sexual activity is rightly ordered, and serves the true flourishing of those involved” and that is what the bishops need to explore and on which they need to offer the church teaching.

The second of these three articles will explore six different options the bishops might consider in relation to existing church teaching on what constitutes a chaste life. A third and final article will examine some of the practical questions and options.

You can read all three pieces together in this PDF document: LLF Discerning and Deciding Psephizo Articles 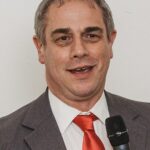 Revd Dr Andrew Goddard is Assistant Minister, St James the Less, Pimlico, Tutor in Christian Ethics, Westminster Theological Centre (WTC) and Tutor in Ethics at Ridley Hall, Cambridge.  He is a member of the Church of England Evangelical Council (CEEC) and was a member of the Co-Ordinating Group of LLF.