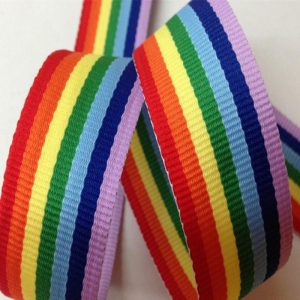 In response to my observation’s about the contradictions and inconsistencies in the Ozanne Foundation and its supporters, David Bennett, a gay celibate Christian, makes this appeal. David is originally from Australia and, having studied at Oxford, he is now undertaking research at St Andrew’s, Scotland. His book A War of Loves is due out later this year with Zondervan

As a gay celibate disciple of Jesus Christ, my first reaction to the creation of the Ozanne foundation was that it will most likely be a new effort to resist, persecute and reject celibate (or ‘Side B’) gay Christians (these include many who are in happy Mixed Orientation Marriages, missional communities, and living lives of joyful celibacy). We are a new generation that doesn’t carry the same baggage and who have come through in a context where we are loved and celebrated by our local congregations, even if we are often hated by the world. Unlike an older generation who dealt with real homophobia, and the idolatry and brokenness of the ex-gay movement in the Church that elevated heterosexuality, we have come to a far more complex and nuanced understanding of both our faith and same-sex desire. We chose to side with the Church’s historic teaching articulated, for example, in the St Andrew’s Day Statement, which is authoritative, orthodox, biblically profound and guards against the unchristian thinking that is knocking on the door of the Church to secularise it.

I fear that allowing a foundation to be established by the central administration of the Church indicates a failure to stand up for the thousands of young disciples of Christ within its walls who are silently hoping the Church will put an end to this pain-driven and polarising activism, and provide a model of flourishing for us and healty conversation between Side A and Side B. This polarisation has only been harmful to our generation, feeding off the old-hat conservative/liberal divide.

This has not helped us slowly to process our sexuality so that we can follow Christ. We are seeking to live faithfully and by God’s longstanding teaching in his Church. The teaching of the school who stand behind this foundation is porous intellectually because it ignores the very compelling arguments to the contrary, misinforming its followers. Whilst I am not accusing of false teaching, scripture commands us carefully to test the teaching we receive. This ‘school’ behind the foundation blocks our voice as we threaten its easy conclusions. We are told that to obey Christ in celibacy as gay people is self-hating—which throws a reverse prejudice our way. We are beloved children of God who came out without shame or condemnation, but decided that Jesus was worthy of all of ourselves, sexuality included. That is a witness that must be upheld and celebrated. Rather, the idolatrous belief that one needs sexual expression to be whole is adopted, hook line and sinker.

The ethical complexity of same-sex desire for gay Christians is ignored. Is this really about a “conversation” that makes the Church of England a welcome home for all or sticking to its “via media”? After my studies at Oxford, I could never see scripture, reason or tradition (the triumvirate developed by Richard Hooker) endorsing this movement’s beliefs. The Church, no matter what, must always prioritise those faithful within its walls. Healthy, godly saints will mean new disciples. There must be support, foundations and contact for those who face an increasingly negative and pressurised world, not one that props them up with incredibly power. I fear that the establishment of such a foundation and the lack of celebration or support for Side B organisations (like Spiritual Friendship and Living Out) signal that this is anything but about a conversation. This is not about being accepting evangelicals, but rather is about dogmatically affirming liberalism.

341 thoughts on “A plea for inclusion”