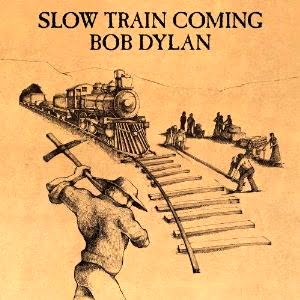 My previous post addressed the confusions that arise from misreading the ‘little apocalypse’ in Matthew 24, and I have posted elsewhere about Mark 13 and about the doctrine of ‘the rapture‘, as well as some of Jesus’ teaching about judgement. I am posting here a brief overview I wrote some years ago of approaches to the millennium in Rev 20.1–6. The content is posted below, and the original handout is attached as a document.

Who believes this?
This was the dominant view of the early church and commentators on Revelation until Augustine. It still has adherents (such as G E Ladd).

What is good about it?
It takes the order of Rev 19 and 20 at face value, and takes seriously the earthly dimension of Christ’s return.

What are its disadvantages?
It takes the millennium literally alone of all the numbers in Revelation. It does not pay attention to the complexities of the passages. It is hard to reconcile the idea of an interim kingdom of God on earth with what the rest of the NT says.

Dispensational Premillennialism
What does it say?
Additionally that prior to Christ’s return, there will be a ‘rapture’ of the saints, who will escape the subsequent ‘tribulation’ of three-and-a-half years (a half-week of years, Dan 9.27).

Who believes this?
This is widespread in North America. Hal Lindsey’s Late Great Planet Earth. It was first proposed by J N Darby, one of the founders of the Brethren movement, and published in the Scofield Reference Bible in 1909.

What is good about it?
It urges on people the need to make a positive decision to follow Christ.

What are its disadvantages?
It assembles texts all over the NT into a chronological jigsaw, disregarding their original meanings: Matt 24.40, 1 Thess 4.13–18, Rev 3.10, Ps 90.4/2 Peter 3.8. The word ‘tribulation’ simply means ‘suffering’. The clear message of Rev and the gospels (eg Matt 24.29) is that Jesus will return for his own after the period of suffering—Christians are not exempt.

Amillennialism
What does it say?
That there will be no literal or future 100 years. The term refers to the in-between time from Jesus’ resurrection to his second coming.

Who believes this?
It was first proposed by Augustine in the early fifth century in City of God, and is a widely-held view today.

What is good about it?
It avoids a materialistic view of the future and literalism. Makes Revelation easier to relate to what the rest of the NT says about Jesus’ return, and the millennium relevant to Christians now, as we are in it!

What are its disadvantages?
It supposes that Rev 20.1 steps back in time to Jesus’ time, when in Revelation it appears still to be future. The first resurrection (20.5) is simply the presence of the martyrs with Christ in heaven, which is unlikely. 1000 is not square or rectangular, so does not relate to 1260 days or 42 months.

Postmillennialism
What does it say?
That Rev 20.1 is a step back, but to some point in history after Jesus’ resurrection. Thus there is a golden age of the Spirit on earth before Christ returns.

Who believes this?
Joachim of Fiore proposed this in the twelfth century, and it was popular during the social optimism of the 18th and 19th centuries among people like Wilberforce. No-one really holds to it since the trauma of the First World War.

What is good about it?
It motivates social reform and involvement.

What are its disadvantages?
It is hard to square with the details of the text, and there is little evidence of a new millennial age in the world at large.

You can download the document as a table here: Four views of Millennium

In fact, none of these schemes is satisfactory, since they treat the millennium chronologically rather than theologically—they think that it is one event in a sequence, rather than being one way of explaining Jesus’ return set amongst other ways of understanding it. Rev 19–21 actually contains seven unnumbered visions, each of which starts with the phrase ‘And I saw…’ at Rev 19.11, 19.17, 19.19, 20.1, 20.4, 20.11, 21.1. As with other series in Revelation, we need to read them concurrently rather than sequentially, as giving a range of different insights into the meaning of Jesus’ return. Since Jesus was, is and will be the answer to all God’s promises in Scripture, it is perhaps no surprise that each of these dimensions has its roots in the Old Testament. This is my summary of the key themes we find in these chapters:

Some years ago Mike Gilbertson wrote a really helpful Grove booklet on this, The Meaning of the Millennium. He summarises the theological significance of the millennium under the following headings:

In this booklet, I have argued that the millennium of Revelation 20 is a rich and powerful symbol with important implications for our understanding of God’s relationship with the world. I have also suggested that the long-established debates between the various traditional approaches to the text (premillennialism, postmillennialism, amillennialism) tend sometimes to obscure the theological significance of the passage. The approach I have adopted is to see the millennium neither as the prediction of a literal future state, nor as a time- less abstraction. Rather, I have interpreted it as a symbol which conveys key truths about God’s plan to execute his justice and renew the world. The symbol is situated in the future, but has profound implications for how we live now…

The biblical vision of the triumph of God, the lordship of Christ, God’s vindication of his people, and his commitment to transform the earth, provides the church with compelling resources to speak prophetically and relevantly in this contemporary context. The symbol of the millennium helps us to affirm profound hope for the present and the future in the light of the ultimate power of God’s love and justice.

It is well worth a read—it is really time we got more excited about where the train is taking us!

6 thoughts on “The meaning of the Millennium”