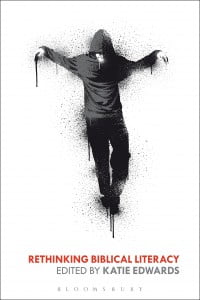 [Stephen Wright writes:] Rethinking Biblical Literacy is a collection of nine essays from different authors, exploring ways in which the Bible continues to feature in contemporary Western culture. Noting the frequent complaints from interested parties about a ‘decline in biblical literacy’, the authors ask probing questions about what this phrase means and how accurate it is. The recurring suggestion is that though traditional forms of ‘knowing’ the Bible, mediated by religious education and Church teaching, are indeed in decline, biblical stories and motifs continue to appear in all kinds of cultural expression. This implies that a shared ‘memory’ of the Bible still persists, even though that memory no longer serves as a bulwark of Christian orthodoxy.

The range of case studies presented is fascinating. Part 1 contains chapters on the (lack of) biblical literacy mediated by Irish religious education, the loose use of Scripture in support of both left- and right-wing agendas in modern British politics, and the desirability of extending the concept of ‘literacy’ beyond the strict focus on a written text in which both religious and secular devotees of the Bible have invested so heavily. Part 2 offers snapshots of the ‘visual’ biblical literacy accessible through American TV (the series Lost and The Simpsons franchise), through street art, and through the musical performances of Madonna. Part 3 discusses the allusions to Levitical laws in Stieg Larsson’s novel The Girl with the Dragon Tattoo (twice adapted for the screen) and Eddie Izzard’s irreverent take on the Noah story in his standup routine ‘Glorious’.

Much of the book is thus a contribution to the growing field of ‘reception criticism’, which examines the way that the Bible is received in culture and the insights emerge into Bible and culture alike. In this respect I found some chapters more fruitful than others. I was not convinced that the study of Madonna, for all its detailed analysis of her sexually-edged use of biblical symbolism, showed much more than that her treatment of biblical topics ‘overturns their traditional Christian understanding’ (p. 121), which seems almost self-evident. More revealing is the chapter on Izzard, a sophisticated piece of cultural criticism that demonstrates the dependence of particular jokes are on audiences’ residual knowledge of the Bible. In particular, using Julia Kristeva’s concept of the ‘abject’, the author proposes that the Bible ‘is the recognizable cultural necessity that modern, mainstream society would rather forget about but is irredeemably attached to’ (p. 194). Laughter such as that provoked by Izzard’s deconstruction of the Noah story (e.g. where did his family and all the animals go to the toilet?) is seen as a way of coping with the discomfort of this residual attachment.

This collection is the product of a scholarly milieu in which many outside the Christian community are examining Scripture and its cultural resonances, and critiquing (for instance) its implicit sanctioning of violence and patriarchy. There is much here that Christians will find uncomfortable. Many will not be persuaded that the kind of ‘biblical literacy’ in evidence at one of Izzard’s shows is the kind that those who bemoan its lack want to foster. But all Christians and others who value the Bible should pay heed to the evidence this book provides that knowledge and use of the Bible remains alive in (perhaps) the most surprising places. Connecting deeply with those places may be a much more effective means of reclaiming a role for the Bible in our societies than more conventional strategies that focus simply on reading the book. 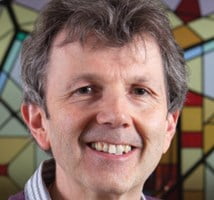 So ministers and local churches who are keen to deepen their congregations’ understanding of the Bible would do well to think broadly and creatively about what ‘biblical literacy’ means and how it might be encouraged. The time-honoured approach of daily Bible reading surely still plays a vital role. But it can be supplemented by prompting reflection on the biblical echoes and traces in what people hear and see around them in the many media which confront us each day. Such echoes and traces may, in turn, inspire Christians to their own creative performance of Scripture in drama or recital, painting or music; insight into the text can come through such imaginative engagement which is not available through silent reading.  And all these strands need the foundation of a continuing lively teaching ministry which will ensure that the Bible is not encountered merely as a series of blessed thoughts, sometimes obscure cultural references, or springboards to creativity, but as a dynamic narrative which helps us to make sense of the world and live as God’s free children within it.

3 thoughts on “Is our culture biblically literate?”