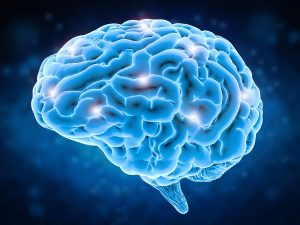 Phill Sacre offers this review of Sharon Dirckx’s recent book Am I Just my Brain? published by The Good Book Company, 2019.

A wise and learned philosopher once said, “We are living in a material world, and I am a material girl”. OK, those were the lyrics to Material Girl by Madonna – but, whether she realised it or not, I think she was onto something: many people today, especially within science, do think we are quite literally living in a material world. Many scientists (and, indeed, people from other fields such as history) presume methodological naturalism – the idea that the best explanation for anything is always a naturalistic one. ‘Supernatural’ explanations are discounted a priori.

This kind of attitude seems to have become standard fare in many scientific circles. Although I don’t usually read the magazine, back in 2012 my wife kindly bought me a copy of the New Scientist special edition “The God Issue”. The editorial on the front page talked scornfully about religion: “Religious claims still wither under rational scrutiny and deserve no special place in public life.” Ouch! This kind of attitude was evident most of the way through the magazine.

This kind of anti-religious sentiment comes out in various scientific disciplines, but perhaps none more so than neuroscience – the field in which Sharon Dirckx works. Dirckx is a specialist in brain imaging and as such comes at the issue from both a scientific and a Christian perspective. According to her, many within neuroscience are arguing that the sum total of human experience – mind and consciousness included – can be explained by what happens within our brains.

By contrast, Dirckx argues that scientifically, philosophically and theologically the ‘naturalistic’ explanation is inconsistent, incoherent and fundamentally flawed (more on the argument of the book in a moment).

But Dirckx recognises that the question of whether we are just our brains touches on a deeper question: who we are as human beings, and our place in the universe. Again and again the book goes deeper than the surface issue of the scientific evidence and probes into the more fundamental questions of human identity. As Dirckx says at the end of the introduction, quoting Marilynne Robinson: “Whoever controls the definition of the mind controls the definition of humankind itself”.

2. The argument of the book

Dirckx develops her argument by looking at a series of questions, e.g. “Is belief in the soul out of date?” and “Is free will an illusion?” In each chapter she starts out with the physical and scientific evidence, and then moves on to the logical, philosophical and theological perspectives on the question. She examines each view with the questions, ‘Is it internally coherent?’, ‘Does it have explanatory power?’ and ‘Can it be lived?’

One of the things I appreciated most about the book was that it makes technical arguments and discussion accessible for the layperson. She makes excellent use of stories and personal anecdotes which help humanise what could be a very technical discussion. After all, issues of consciousness are not remote from our day-to-day experience of life – that’s the whole point!

Another thing which I particularly appreciated about the book was the way Dirckx brings in the gospel. Through the book she talks increasingly about the Bible, the gospel, and her own experience of them. The message is clear: (1) the question of whether we are simply our brains makes a real impact on the way we think about ourselves and the way we live our lives; (2) the question of what we believe about our brains is intimately bound up with what we believe about God.

For example, on the question of gender identity, she says: “as a society, profoundly contradictory messages are coming from different corners… some secular scientists say that the core of a person is physical. Many transgender advocates say things which seem to imply that the core of a person is non-physical; there is a soul that cannot be denied. Surely both of these cannot be true – so which is it?” Here we see how a view about human beings directly impacts on a ‘hot potato’ issue in society today. Are we bodies, brains, or both? Is there a soul where our ‘true selves’ are located, external to our brains? What we believe about all these things will affect how we interpret our experiences and how we live our lives.

I also particularly appreciated her drawing out the fact that this question is not neutral when it comes to belief in God. She says:

Humans are God’s representatives on earth, and, as such, have a role in tending the natural world. The image of God helps us answer the question, “Am I just my brain?” If we are made in the image of God, then our core identity is not subject to the vagaries of a degenerative disease or age-related atrophy. Each human is infinitely precious and loved by God, regardless of what is happening to their body or brain. Each one of us is made in God’s image for a life of meaning and purpose.

This is the heart of the matter. What we believe about our brains is dependent on what we believe about God – and vice versa. The question is, which explanation of the universe makes most sense? Which explanation of the universe do we live by? The one which says the universe has no intelligence behind it, has no purpose, no meaning, and all our actions can be determined by cause and effect? Or the one which says an intelligent mind made us in his image to relate to and worship him, to love him and love others?

The whole sum of our wisdom – wisdom, that is, which deserves to be called true and assured – broadly consists of two parts, knowledge of God and knowledge of ourselves … now it is not easy to discern which of the two comes first and so gives rise to the other.

But there’s a snag: human beings are not neutral and impartial evaluators of the evidence. Paul speaks damning words about humanity in Romans 1:

The wrath of God is being revealed from heaven against all the godlessness and wickedness of people, who suppress the truth by their wickedness, since what may be known about God is plain to them, because God has made it plain to them (vv18-19).

Far from being neutral and impartial, we are ‘truth-suppressers’ by nature. We choose to displace God from his throne; we want to live with the ways and values that we desire rather than those given to us by our Creator. We choose to suppress what we know to be true about God so we can have freedom to live our lives in the way that we want. To quote from another well-known group of wise and learned philosophers – Primal Scream – “We want to be free to do what we wanna do, we wanna get loaded, and we wanna have a good time.” This could be a motto for humanity!

How does this relate to the question of whether we are just our brains? Because the answer comes with a theological subtext. Those who wish to claim that we are nothing more than our brains are not simply following the evidence where it leads. They are actively seeking to write the God who made them out of the picture.

Scientific questions such as these stretch beyond the bounds of data and brain scans. How we answer the question will largely depend on the presuppositions we bring to the table. If we presuppose methodological naturalism, strangely enough we’ll end up with a naturalistic answer – irrespective of what the evidence might say. The question that Dirckx helpfully addresses in this book is, why should anyone committed to truth and to the evidence presuppose such a thing? 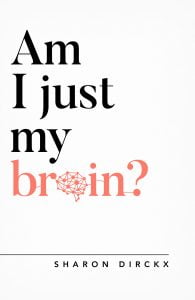 This is why I highly recommend Dirckx’s book. It exposes the fact that these sorts of questions cannot be answered by science alone – and those who claim that they can have an underlying agenda. I think the book deserves to be read widely, not just for the treatment of the topic at hand but for the wider question of how science relates to theology. I don’t know if the book in itself will convince sceptics – it is of course up to the Holy Spirit alone to change hearts – but it will better equip the church to respond to the naturalistic age we are living in.

Phill Sacre is an ordained minister within the Church of England. He serves in a parish in the East of England. He regularly blogs at phillsacre.me.uk.

Leave a Reply to Will Jones Cancel reply