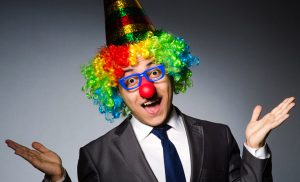 As part of its publicity, the Christian Resources Exhibition is running a ‘Sermon of the Year’ award. (The reporter, Ruth Gledhill, must be pleased, since 20 years ago she ran The Times Sermon of the Year competition, which featured yours truly!). To promote this it commissioned research on what people look for in sermons, and some of the conclusions might seem surprising. Most people don’t want jokes and entertainment, but do appear to want sermons of reasonable length which include substantial biblical engagement (men) and real-life application (women).

There are some questions to ask here about the demographic for the survey, not least in terms of theological tradition. But there is also a surprising hidden effect in asking any questions about preaching. In ten years of teaching about preaching, I used to begin the course by asking students to think about one good sermon, and describe it, and one bad sermon, and describe it. (This was a way to avoid idealisation and generalisation about what we think sermons ought to look like.) What was striking is that, without fail, the comments on the good sermon focussed on the content and comments on the bad sermon largely focussed on delivery. In other words, if sermons are delivered well (including the use of humour) then listeners do not notice and are free to focus on the content.

So perhaps it is not surprising that humour was not seen as important—but in fact the good use of humour contributes a lot to preaching, for seven important reasons—and there is probably nothing more familiar than the stand-up.

Making people laugh near the beginning of a sermon turns them from passive listeners to active engagers, and gives them a sense of involvement in the listening process. Laughing makes people feel better, and they are then more open to listen to what you have to say.

But there is also a cultural and theological reason for using humour. Many preachers behave as though the ‘sermon’ mode of speech is something quite distinct from everyday discourse—but that is only because sermons often borrow a form of speaking (‘formal lecture’) that was popular 100 years ago or so, and with the passage of time has become removed from most people’s everyday experience. Scripture suggests that there is no special form of ‘divine discourse’ and that, instead, God chooses to use the whole range of human speech with which to communicate.

If we speak in preaching in a way which is recognisably familiar to our listeners, we lower the barriers and allow easier engagement.

I often began the exploration of the use of rhetoric in preaching by showing the first five minutes of Bill Bailey’s ‘Half Troll’ comedy tour. He spends the entire opening set doing little more than establishing rapport with his audience, at times simply by pointing, nodding, waving and pointing! This was then reinforced by his use of stock language and stereotypes, demonstrating that he inhabited the same world as his audience, that he was ‘one of them.’

There is a real danger that congregations see preachers and preaching as set apart from their everyday life, and that the truths that are expounded are contained within the pulpit or the church building on a Sunday, rather than having connections with their lives from Monday to Saturday. The more that preachers can identify with their congregation in preaching, the more these truths can cross the bridge into everyday experience—and humour can help establish such a bridge.

(What did the sense of familiarity in the title to this post do for you?)

Some people seem more naturally able to tell jokes; other struggle. Telling jokes well is in fact quite demanding of a range of rhetorical skills. It demands the use of memory—you need to make several short, pithy sayings and they need to be word perfect from memory for the joke to flow. You need to use pace and timing. And you need to handle the surprise or sudden change of direction which is the essence of the joke itself.

These are skills which also enhance preaching. Memorising at least some (the key points?) of your material so that you can engage directly with your congregation, mastering changes of pace and timing, and making key moves in direction are all elements of effective preaching.

I usually listen to the Sunday Service on Radio 4 before heading off to church myself. And one of my constant puzzles in life is why the sermons in it are so dull and lacking in interest! A few weeks ago, the speaker shared a genuinely tragic and moving personal story—but management to make it sound uninteresting!

The reason is that (whether because of the speakers or whether there is some diktat from the BBC) these sermons usually have no ‘narrative tension’—no sense of the surprising or the unexpected. A dull story is predictable; you know what is going to happen, or perhaps the narrator tells you the ending at the beginning, or immediately reveals the most important element so eliminating any sense of suspense or anticipation.

Jokes often function as stories in miniature, full of suspense when you do not know what the punch line is (which is why they fall flat when the punch line is given away) or surprise at the unexpected ending. In that sense, they model something vital in effective preaching. Instead of ‘telling you what I am going to tell you’ we should be posing questions, offering puzzles and paradoxes, and only slowing unveiling the surprising way that God’s grace unravels the knots of our lives.

If you asked most preachers, I think perhaps we think we are funnier than we are. I think ….this is about authenticity: I suspect there are some vicars trying to be funny who aren’t.

But listening to bad jokes—or rather, ones that have a low threshold for understanding, has an important social function. Talk to anyone from a non-UK culture, and they will be baffled at the Christmas tradition of telling bad cracker jokes. But the fact they are bad means that everyone can understand them and so they enable a bonding, shared experience amongst the Christmas dinner guests. If the joke was too clever and sophisticated, it would divide the listeners into those who got it and those who didn’t—and dinner would be ruined.

Sermon jokes don’t need to be bad. But accessible humour can function as an important way to involve the whole congregation in the experience and communicate powerful that everyone is included.

The two main reasons why people say they stop going to church are that it is dull and it is irrelevant. Sermons do not need to be exercises in entertainment—but it is quite an achievement to make the startling good news of what God has done in Christ boring—yet many appear to manage it!

Lord Carey, the former Archbishop of Canterbury, said: “I’m a great believer in humour – there is nothing worse than a boring sermon.”

20 or 30 minutes of intense, life-changing theology and exposition can be hard to digest. If you don’t give listeners some room to breath, to step back and process what you are saying, they will most likely take it anyway by detaching from what you are now saying in order to process what you said two minutes ago. Humour can provide a natural breathing space, give time to reflect and provide a sense of perspective.

Of course there are dangers in the use of humour. Jokes told badly are embarrassing—but jokes told well can be a distraction, and listeners might go away remembering the joke but forgetting the point the joke was making! But humour used well can season a sermon and make it much easier to digest.

Because preachers are always on the lookout for humour, if you sign up to receive Grove emails, along with information about new and recent titles you will also receive some great jokes every month! Here’s my favourite from this week’s email:

I bought my friend an elephant for his room. He said, “Thanks.” I said, “Don’t mention it.”

14 thoughts on “What did humour in sermons ever do for us?”