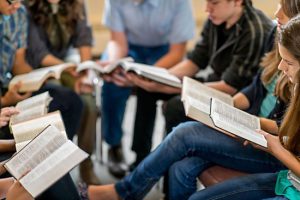 My previous post, on whether preaching should be monologue, provoked a fascinating debate (somewhat ironically!) both on Facebook and on the blog post itself in the comments.

The first wave of comments was mostly happy agreement—how can you possibly continue with monologue in this day and age? As I mentioned at the end of the post, if this is a universal feeling, how come most of us still (in format at least) deploy monologue? Then there were two kinds of push back. A minority argued the fairly common traditional line that the Bible, and particularly the New Testament, does indeed portray preaching as monologue in format. I think this is implausible, primarily because of the evidence I quoted from Jeremy Thomson. But in the blog comments, regular contributor David Shepherd drew attention to Carl Mosser’s study: Torah Instruction, Discussion, and Prophecy in First-Century Synagogues. David cites a key observation from Mosser:

In addition to resting and gathering together, three distinct elements of the Sabbath service are attested in this passage [from Philo]: reading of Scripture, explanation of the text, and discussion. The focus of explanation is on anything in the reading that is unclear or obscure. This is followed by a lengthy period of discussion focused on the customs of the Jewish people (“national philosophy”)… It could refer to a single discourse, but the focus on the entire community gives the impression that this discussion is conducted among the members of the congregation. Others have made the same observation: “The Jews unfold the obscure passages or phrases ofwhat has been read through various discussions …. The passage may refer to a type of question and answer session held in the synagogues.” Elsewhere Philo includes additional details in his own descriptions of non-sectarian Sabbath meetings that support this interpretation.

The social reality is that the life of the first-century synagogue, and by extension the life of the early Christian communities, were much more interactive and communal in their teaching, and much less directive and authoritarian than either Christian history has practiced or that we would like.

This gives us a problem: for reasons to do with both church and culture, we find it hard to imagine our teaching being so dialogical. My favourite example of this is the writing of John Stott, in I Believe in Preaching, where he addresses this question explicitly. Preaching must involve dialogue, he says—but it is an inner dialogue, where the preacher imagines and anticipates what his or her listeners might be thinking or wanting to say. The difficulty here is that this is not in fact a dialogue! And it does not avoid the problems of monologue, not least the fact that this supposed ‘dialogue’ continues to depend entirely on the one person preaching.

So let’s all abandon the monologue, and start preaching only in a dialogue format! This is where the second kind of push back comes into play. There are a whole host of reasons why an actual dialogue is very hard to do well—starting with the basic layout of most of our buildings. Whereas our chairs or pews usually face the front, I have been struck by the layout of most early synoaguges where people sat in bench seats around the sides—facing each other. But there are other reasons, too, clustering around issues of leadership and management and practical issues of expectations. 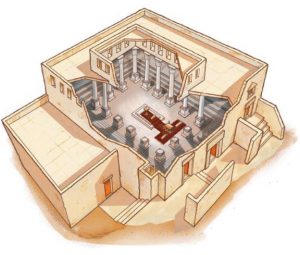 The first issue around leadership and management is that you cannot cast a vision by having a discussion. When Paul had the vision in Acts 16 of the man of Macedonia calling him and his team across to Europe, he didn’t invite discussion—he told them what God had told him! This isn’t perhaps the usual context of preaching, and there is an exercise of authority that we might not want to model the whole time. But those in ministry are called to be shepherds, and part of that task is to direct the sheep, not least to the places where they will find food, water, security and refreshment. I cannot quite picture a shepherd having a dialogue with his sheep!

So there are good reasons why the preacher might have something useful, even unique, to contribute—and in most congregations, people want to hear that, not the most vocal member of the congregation in a dialogue.

It is true that monologue preaching is very demanding—but you should try the alternative! Bernadette Burbridge expresses it with great clarity:

Most of us are just not good enough to do monologue well – we just don’t really want to admit it. Preaching often contains a lot of teaching and we know people learn in very different ways. Monologue connects with fewer and fewer in a prevailing short form culture. It is both the easiest and hardest way to preach though it can be done brilliantly by a few. Most of us would do well to mix it up for the sake of the listener (who is nearly always also the watcher, and has other senses that come into play…) A multi sensory approach takes a lot more preparation and commitment in order to deliver consistent quality. Dialogue is for the brave and the very smart. Done well, it is inspiring and engaging.

The second set of reasons clusters around congregational expectations. For clergy and others in ministry, Sunday is the focus and climax of our week, so we understandably have high expectations. But many of our congregations have come for a breather; Sunday is supposed to be a day of rest. It is bad enough when a half-baked theology of ‘every member ministry’ has given everyone a job to do—but then the congregation have to produce the sermon as well?! The tired sheep have come into the fold in order to be given food and water, and although that might sound more passive than we would like, that is what tired sheep need. The sheep might also ask a question: we pay the shepherd and provide a house to allow the shepherd to get the food ready; if there is nothing to eat we want our money back!

There is quite a different dynamic in relation to occasional visitors. If some people, new to church, find is hard enough to shake hands and talk to their neighbour at the peace, how will they feel about participating in discussion about theology and the Bible? In general, discussion can easily exposes differences of views and different levels of understanding—and that can make many people feel very exposed.

So the previous post demonstrated why, for reasons of biblical theology and pedagogy, monologue is no good. This post has explained why, for reasons of leadership and management and congregational expectation, dialogue is also not the way to go. Are there ways of combining the best of both worlds and avoiding the dangers of each? That will be the subject of my third and final post on this issue.

21 thoughts on “Should preaching be in dialogue format?”