In my nearly ten years teaching preaching, and my 33 years of speaking and preaching, I have come to the conclusion that the best way of summarising the task of preaching (in whatever context) is answering the question:

What is God saying

This roots preaching in the biblical text, but also makes it rooted in the particular context in which ‘preaching’ is happening (whether this context is formal or informal, primarily to God’s people or those who are not yet God’s people). It holds it in close company with the prophetic task of proclaiming God’s message, connecting the ‘there and then’ of Scripture with the ‘here and now’ of contemporary ministry.

This leads to the task of preparation having three distinct phases. The first and the last are the more analytic, and can be done at one’s desk. The first is engagement with Scripture, doing the hard work of understanding the words, sentences and ideas in the text, discerning (as far as we can) the context in which these things were either first said or first written (or both), and so understanding both the significance and the rhetorical impact of the passage in its literary and canonical context. We must do this, since what God is saying through this text today cannot be detached from what God was saying then—otherwise the text becomes an empty vessel into which we pour our own meaning, and God’s own speech is silenced.

The last part of the task is deciding how to say what we are going to say—the words, the movement and structure, the illustrations, verbal and visual. My usual habit is to do this at the last minute, since it depends on imagining myself in the preaching context, rehearsing what I am going to say, and making notes on that for when it comes to the ‘performance‘.

But in between these two ‘analytic’ tasks comes a creative moment. What is the connection between what we have been reading and understanding from our text, and what God is wanting to say in the context of those we are speaking to? It’s important to recognise that this question is quite distinct from the question of what the text ‘means’ or said originally, even if, in the first stage of preparation our mind jumps forwards to questions of connection and application.

There are several key things to note about the creative task. First, to be creative is to express something of what it means to be made in the image of God. In Genesis 1, God is depicted as a creative craftsman, forming and then filling the cosmos. Near the end of this creative process, God creates humanity ‘male and female, in his image’ (Gen 1.27), to continue to exercise his divine rule with delegated authority—but also presumably with the same creative instinct. The phrase ‘in his image and likeness’ (Gen 1.27, Gen 5.1, Gen 5.3) is applied to Adam’s son Seth in relation to his father; this is about family resemblance. When we are being creative, we might observe ‘Like Father, like son [or daughter]’. Interestingly, the idea of human creativity has a distinctively Christian basis to it; in the classical world art was mostly seen not as creativity but as imitation.

Secondly, creativity is closely associated with the work of the Spirit. It is the Spirit of God who hovers, (fluttering?) over the waters in Gen 1.2. It is the Spirit who overshadows Mary in the forming of new life in her womb (Luke 1.35). It is the same Spirit who will clothe the disciples with power from on high, in very similar language (Luke 24.49, Acts 1.8). It is hardly surprising, then, that the forming of God’s creative word to his people through the prophets is consistently associated with the work of the Spirit. In all these examples, the new thing that is formed comes as a gift, and so the primary action of the people concerned is to wait and to listen.

(v) verification (where the idea is consciously verified, elaborated, and then applied).

Fourthly, at the centre of this process is the making of connections between disparate areas of experience. Steve Jobs once said:

Creativity is just connecting things. When you ask creative people how they did something, they feel a little guilty because they didn’t really do it, they just saw something. It seemed obvious to them after a while. That’s because they were able to connect experiences they’ve had and synthesize new things.


And the language that makes these connections is metaphor—carrying meaning from one term or idea and connecting it with another. This is why the most common form of speech in effective preaching is metaphorical. We read about David and Goliath and ask ‘What giants are we facing in our lives?’ We read of Jesus calming the storm, and ask ‘Which storms do we need to invite Jesus to calm?’ (encourage by Matthew’s own metaphorical expression for storm as ‘shaking’). We hear Paul, as it were, inviting the women out of the balcony in order to fully participate in the Spirit-gifted ministry of prayer and prophecy, and might ask ‘Who have we put in the balcony who needs to be invited down?’ And so on…

All this has implications for the space we give preaching in our diaries, and the way we organise our time. If the final ‘analytic’ task of putting things together happens close to the occasion of preaching, then the first analytic task, of working with the text, needs to happen as far ahead of this as is practical in order to make room for the creative task of listening to God and understanding the connections between our text and our context. 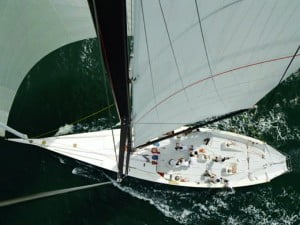 It also has implications for where we spend our time. Think for a minute: in what places, at what times, are you most creative? When do the fresh insights come? Where do you best hear God? For me, there are two (appropriate self-disclosure warning!): in the morning when I shave and shower; and when I take time out and go somewhere for coffee. This morning I got up, walked the dog, sorted breakfast, read this morning’s lectionary passages, checked Twitter and Facebook, answered the easy emails—all before heading back to the bathroom. And there the creativity flowed and I planned this blog post. If I had done things in the other order, and came from the bathroom to routine admin, then the creative moment would have been wasted.

In planning your week, where then will you put the first task of working on the passage, and where will you plan the ‘downtime’ needed for creative space? The work of preaching does involve some pulling at the oars—but it also involves hoisting our sails.

9 thoughts on “Preaching as creative act”