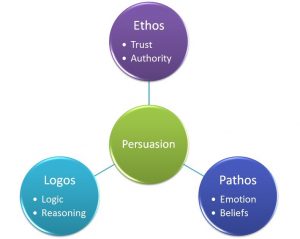 As you reflect on another full (and possibly exhausting) day of ministry yesterday, have you considered whether your preaching was effective and persuasive? Will your listeners have been left with memorable phrases ringing in their ears which, as part of God’s speech to his people through your preaching, will do their work in effecting his radical change in their lives, and through them, his work of transformation of this his world? More than likely, we will be worrying whether we read the banns correctly and wondering whether the collection was safely put away…

But the questions about our rhetoric are worth asking—even if our current political moment lets us off the hook. With Theresa May as Prime Minister and Jeremy Corbyn leader of the opposition, and Donald Trump in the White House, we are in a very odd moment in lacking people with rhetorical skill in the three political positions we hear most about. It was very different when the three figures were David Cameron, Ed Miliband and Barack Obama respectively. Whatever the merits of their respective content, there was a marked contrast in the delivery by David Cameron and Ed Miliband. In his interviews on Radio 4, Miliband used endless parataxis (‘and…and…then…and…’) whereas Cameron used much more hypotaxis (‘Because… after…whilst…’) and it was much more effective. In a previous era, it was said that Neil Kinnock failed to get elected as Prime Minister largely because he could not state things in threes, but went on to list four or five things—and so his listeners never knew when to clap or cheer, so never engaged with the rhythm of what he said. As a contrasting lesson, read through David Cameron’s speech—given unscripted on the doorstep of Number 10—when he became Prime Minister of the coalition in 2010. Note how often he uses binary contrast, alliteration, and lists things in threes—and you might also notice where Theresa May got the phrase ‘strong and stable’!

Perhaps we agree with one half of the definition of rhetoric:

Language designed to have a persuasive or impressive effect, but which is often regarded as lacking in sincerity or meaningful content

But anyone involved in public ministry needs to remember the other half:

The art of effective or persuasive speaking or writing, especially the exploitation of figures of speech and other compositional techniques.

Surely we want our language to be effective and persuasive—and we might even want to take up Nick Baines’ challenge to redeem what is often (in public discourse) the corruption of language.

Apart from anything else, we live in an age where rhetoric is making a serious comeback:

If we want to engage persuasively with our congregations in our preaching, and if this is the world they are living in, we need to reflect on the language we use.

Come to the book launch for my new commentary on the Book of Revelation on Thursday April 19th.

A rediscovery of rhetoric

Paul Scott Wilson, in his masterly introduction to The Practice of Preaching, argues that preaching must be engaging and persuasive—but not in the first instance for practical reasons. Rather, he argues that theology itself is rhetorical because it is relational, in that it seeks to be a place of encounter between God and his people.[iv] Anthony Thiselton says something similar in the opening of his recent The Hermeneutics of Doctrine. The early creeds were never mere statements of propositions to which the church gave intellectual assent; they were always expressions of ‘dispositions’, fundamental orientations which affected the whole of life.[v]

If theology is rhetorical, in the sense that its goal is ‘faithful persuasion’, Wilson argues that homiletics must also be rhetorical, since it is the ‘completion’ of theology:

I believe that the sermon is not the dilution of theology; it is rather the completion of theology, made complete through Christ speaking it and constituting the church through it. We might even say that the church is most truly the church when it is preaching in worship, for it is through the Word and sacrament that salvation comes to the world, and it is through our lives being transformed in the cruciform image that our acts of justice, mercy, peace, and love are begun once more in power.[vi]

Against an ‘old homiletic’, propositional approach to preaching, Wilson believes that preaching is ‘never simply the exchange of information from preacher to congregation’ (p 77), but must involve persuasive engagement. In doing this, preaching must rediscover Aristotle’s ancient rhetorical categories of logos, the appeal to rational argument and facts, ethos, the integrity and character, even plausibility, of the speaker, and pathos, or emotional appeal.

Our preaching must be experienced as integrating head, heart and soul (or loosely: logos, ethos and pathos). Homiletical theology is not an intellectual exercise that results in the cool dispensing of knowledge over a prescription counter; it involves our entire lives in devotional purpose.[vii]

Interestingly, some of the examples of the recovery of the importance of language in culture appear to have discovered this very thing. In ‘observational’ comedy, one of the most prominent forms of contemporary stand-up, the rational facts of a situation (logos) are extrapolated into a reductum ad absurdum; as a result, the comic is left in an absurd situation, with which we sympathise (pathos); and all the while the comic uses various devices to establish rapport with the audience (ethos)—the comic is very much ‘one of us’ and even (in a sense) goes through these experiences on our behalf.

Proponents of the ‘new homiletic’ have argued for a more radical rethinking of the sermon as a performative engagement. But the need to rediscover rhetoric is more fundamental and all-encompassing; contemporary preachers need to develop basic skills of communication, ‘asking alliteration’s artful aid’ (as I was once taught)[viii], structuring in threes,[ix] creating narrative tension by delayed resolution—and so on. I found the experience of giving two-minute ‘Pause for Thought’ talks on Radio 2 transformative of my preaching, since it demanded a scripting and crafting of language that a 30-minute sermon never asked for. So I required all those to whom I taught homiletics to preach a two-minute sermon to their peers. Discovering how much you can say in such a short time when you take care, they then sometimes wonder why they ever needed 20 minutes or more! 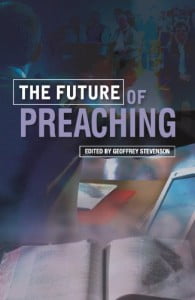 Given the sense of growing hostility to Christian faith, the importance of good, persuasive, engaging preaching is not just about satisfying religious consumers in the supermarket of faith. Increasingly, Christians in the West need to have good reasons for what they believe, and encouraging faith involves continually making a persuasive case for trusting in God.

You might like to observe the rhetorical devices, use of metaphors, and changes of gear (from logos through ethos to pathos) in these examples, from Barack Obama, and from Winston Churchill, Martin Luther King, and Allan Boesak.

You might then want to ask the question: how can I incorporate some of these practices in my preaching—in a way that is appropriate in my context?

[i] In How to Read the Bible for All Its Worth London: Scripture Union, 1983 and later editions, the entire framework of which is genre recognition. I am aware that this growth in literacy is very uneven, given the continuing poor levels of attainment particularly in areas of social deprivation. Rather than uniformly increasing literacy, Government education policy could be seen to have both increased but also polarised literacy, with certain social groups becoming more literate but a continuing underclass remaining functionally illiterate.

[iii] Both transcripts of the speech itself and analyses of its features are plentiful on the internet.

[viii] See the section ‘How to give a talk’ in David Watson, Discipleship, London: Hodder and Stoughton, 1985.

[ix] From Barak Obama’s Inaugural Presidential Address: ‘Homes have been lost; jobs shed; businesses shuttered… all are equal, all are free, and all deserve a chance… the risk-takers, the doers, the makers of things…For us, they packed up…/For us, they toiled…/For us, they fought and died… we have duties to ourselves, our nation, and the world… This is the price…/ This is the source…/This is the meaning…’ and so on!

(Part of this piece was first published in 2013)

Come to the book launch for my new commentary on the Book of Revelation on Thursday April 19th.

22 thoughts on “How effective is your preaching rhetoric?”