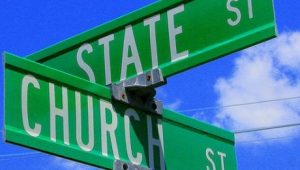 Will Jones writes: If we’re honest, we’re a bit confused about religion in the West. We know that we don’t want to end up like many Islamic countries, slavishly implementing a backward and brutal law code in the name of God. We also know that we believe in religious freedom, though aren’t sure how that relates to religionists whose system of belief does not reciprocate. We have some kind of concept of a separation between church and state, between religion and politics, but aren’t entirely clear about why that is or what it should look like, and what it does and does not permit in terms of religious engagement with politics on the one hand and government regulation of religion on the other.

A particularly vexed question concerns the ways in which it is legitimate for religious ideas, such as an understanding of the nature of God’s will, to be brought to bear on public policy and law. A position which has been highly influential in recent decades (espoused especially by liberals such as John Rawls) argues that religious views (and other views grounded in a comprehensive philosophical vision, such as Marxism and even Utilitarianism) are simply too sectarian to be permitted as part of the public form of reasoning which informs the most important matters of social organisation and law.

This has, not surprisingly, been criticised by many people, particularly Christians, as an illiberal, unjustified assault on the public validity of religious forms of reasoning. However, it is easy to see how we have arrived at this point. For surely religion itself typically claims to be based on revelation that is exclusive to believers, and indeed places great (even ultimate) significance on whether a person believes in this revelation or does not. So religion itself appears to recognise that its teaching is not, and is not likely to be, universally accepted. The upshot of this is that if religious forms of argument are permitted to influence public law and policy then anyone who does not believe in the religion will find themselves obliged to obey religiously motivated rules which they may well regard to be in error. Furthermore, insofar as those rules rest not on any kind of rational justification but on the mere say-so of the religion there will be no means of disputing them on any commonly accepted rational basis.

Matthew Franck has argued that ‘there is no compelling reason of principle for religious citizens to refrain from employing religious discourse in the public square.’ But surely there are good reasons for such restraint. For religion is, by its own admission and by common observation, sectarian and non-universal in a way that makes it plainly unreasonable to expect all people to submit coercively to its teachings. Indeed, Franck himself acknowledges this insofar as he remarks that religious reasoning cannot by itself justify public policy, absent an alternative justification which non-believers may also find convincing, particularly one anchored in ‘strictly practical grounds’.

So, in line with the mainstream Christian tradition, let us affirm that there is an important restriction on the role religion may play in politics, one which explains why Christianity is not like Islam and does not endorse theocracy. However, it is important to characterise this limitation correctly, as otherwise we risk falling into the opposite error, more common today in Western liberal democracies, of unduly limiting the role of religion in public life, and shutting out the Creator from the active role he seeks in his creation.

To get this limitation right, we need to focus in on the distinction between general revelation and special revelation and capture correctly their respective relationships to human knowledge. General revelation (also known as the revelation to reason) is everything human beings can learn and know by empirical observation and rational reflection on the world around us and on the human condition. It includes knowledge of natural processes and phenomena, including human nature and the rational moral law. It also includes the knowledge we can infer (along with Plato and Aristotle, among others) about the existence of God from the order of nature, the existence of rational consciousness, and the logical need for a universal reality which transcends the finite material world. Christianity endorses this concept of general revelation, with scripture speaking of a moral law written on the heart (Romans 2:15), and of God’s existence, power and eternal nature being evident ‘from the things he has made’ (Romans 1:19-20).

Special revelation (also known as historical revelation), on the other hand, is revelation brought about through the direct intervention of the Creator in history outside the normal course of nature. Knowledge of it differs in kind from general revelation, because it is historical knowledge of one-off events in the past which are not directly accessible to the present, including claims to have witnessed supernatural events and had special encounters with the divine. This difference in nature of the two kinds of revelation and the knowledge we can have of them produces important differences in their relationship to what human beings in general can reasonably be expected to know, believe and accept.

General revelation is the common language of humanity and knowledge of it is identical with empirical and rational knowledge of the world and how it works. It is based on the form and pattern of the universe and the human being and our comprehension of those, which is generally available to all through careful observation and reflection. Special revelation, on the other hand, relates to historical claims concerning hidden aspects of the divine nature and will which have been revealed to specific individuals at specific times. Accepting it is therefore contingent on accepting the historical claims about these individuals and the evidences of their divine vocation and experiences. Such claims, being historical claims and of a particularly contentious kind, are much less accessible to general consideration, much more disputable, and anyway many religions (including Christianity) take it as a feature that not all accept and believe in the revelations of their prophets.

This more tentative character of special revelation presents a considerable intellectual and, ultimately, political problem, since a person’s relationship to the divine is clearly of the utmost importance and has the weightiest consequences, and we can also assume must be sincere – yet because of the tentative nature of human knowledge of special revelation reasonable people are going to disagree about what it requires and involves. Consequently, the requirement for freedom of religion as a practical tenet arising from general revelation becomes inescapable. As James Madison put it: ‘It is the duty of every man to render to the Creator such homage and such only as he believes to be acceptable to him. This duty is precedent, both in order of time and in degree of obligation, to the claims of Civil Society.’

In this way, then, is coercion ruled out under general revelation in matters of religious belief and profession, and freedom of religion established as a rational principle of human social order that no revealed religion can coherently deny.

What this means in practice, and what counts as coercion in matters of religion, is a more subtle matter than this bare statement of principle might suggest. Plainly, for instance, it rules out forcing conversion or confession of faith (whether that is done for religious or non-religious reasons). But it does not rule out entirely the public role of religion in state and society. Indeed, it could not without undermining its own foundation, since religious freedom is itself grounded in an appreciation of the necessary role and supreme importance of the divine or transcendent dimension of existence. Thus the two – religious freedom and public religion – must coexist, however challenging that may sometimes prove in practice.

In terms of avoiding theocracy, alongside ruling out forced conversion and confession the most important principle is the prohibition non-coercion places on any claims a religion might make to prescribe public law and policy by fiat, absent any generally acceptable rational defence of the principles and rules so commended. This is because any such approach would involve people being forced to abide by laws solely because they are commanded by a religion – a religion which many do not accept – and not because they have been successfully defended or commended on any rational basis. A ban of this kind prevents laws and principles being lifted straight from the pages of religious texts without further, public, rational justification, and serves as one of the chief safeguards against any theocratic or anti-rational tendency in religion which can hamper religious liberty.

Something non-coercion does not rule out, on the other hand, is the role of religion in confirming or clarifying the moral principles which are part of general revelation and the rational moral law. Thus we find in Christianity (and in part in Judaism) the Ten Commandments, an assertion of the divine image in humanity, and the extensive moral teaching of the New Testament, including the sanctity of conscience.

This steering or clarifying role of religion in relation to public law and policy is in no way in contravention of religious freedom or non-coercion. This is because a full, public, rational justification can always be offered for the law or principle which the religion is commending, and the function of the religious endorsement is not to stipulate the public law by fiat but to confirm, for the avoidance of doubt, which interpretation of the rational moral law is most congruent with the whole vision of general revelation. Provided religion remains within this steering, clarifying remit, and does not venture off into full-blown stipulation and fiat, it is difficult to see how anyone could have reasonable grounds for grievance. For alongside the religious commendation is a full rational defence, grounded in general revelation, which is available to all, of any faith or none.

Religious freedom does not therefore rule out a public role for religion, including significant influence in public law and policy, provided that role is limited in ways which safeguard conscience and the rational foundation of public law. To steer and not to stipulate, to clarify and not dictate – that is the framework which general revelation provides to special revelation for public purposes, for the engagement of religion in politics. 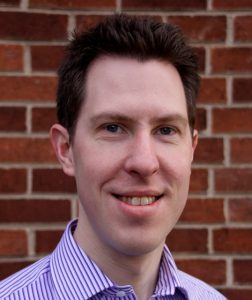 Dr Will Jones is a Birmingham-based writer, a mathematics graduate with a PhD in political philosophy and a diploma in biblical and theological studies. He works in a Church of England Diocesan office, blogs at www.faith-and-politics.com and is author of Evangelical Social Theology: Past and Present (Grove, 2017).

29 thoughts on “Where is the boundary between religion and politics?”