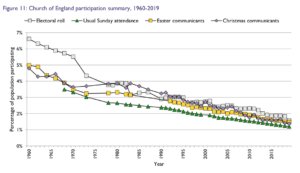 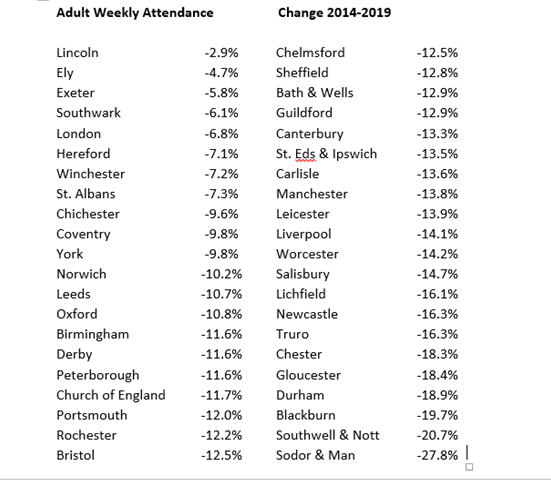 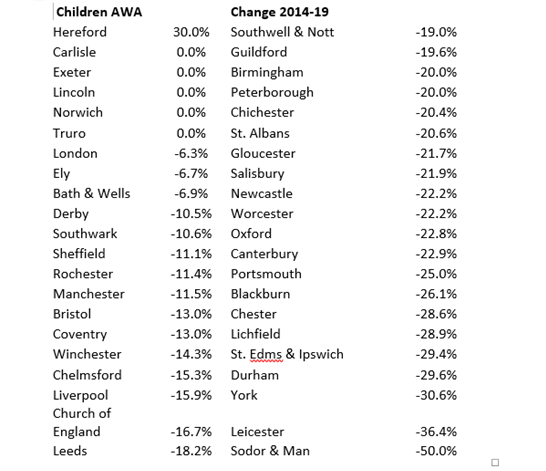 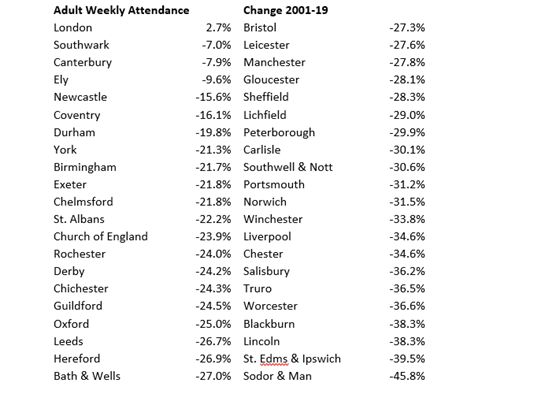 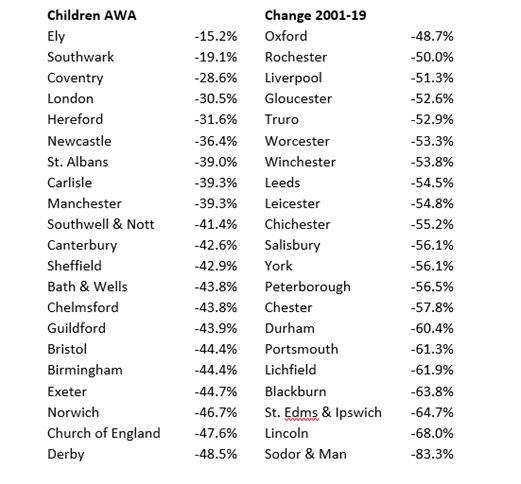 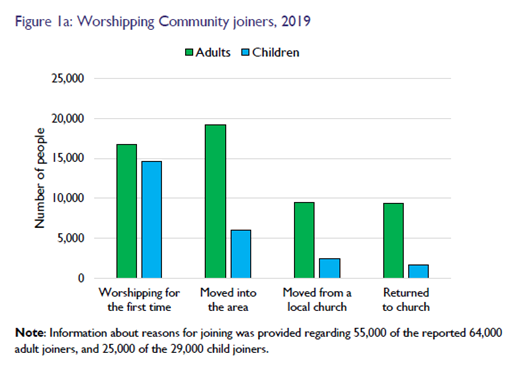 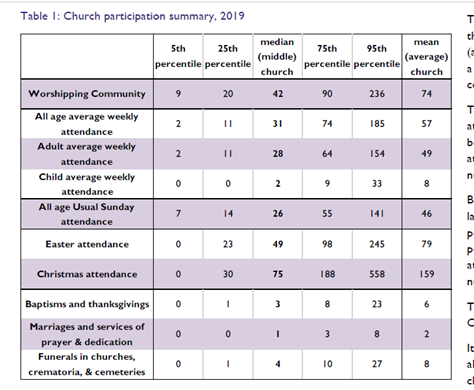 77 thoughts on “What is happening to Church of England attendance?”