I am a governor for The Nottingham Emmanuel School, which all of our children have attended, and two are still there. At our last meeting, we signed off a revised Code of Practice, which sets out governor responsibilities. It is a daunting list, where those of us who offer some spare time in a voluntary capacity are to hold to account responsible and qualified professionals, who know far more about the technical and administrative details of running a school than we do. 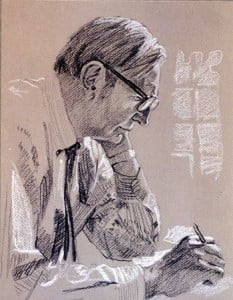 If that was not daunting enough, at the end of the Code was appended The Seven Principles of Public Life. These were originally published by the Nolan Committee:  The Committee on Standards in Public Life which was established by the then Prime Minister John Major in October 1994 (following the ‘cash for questions’ scandal) under the Chairmanship of Lord Nolan, to consider standards of conduct in various areas of public life, and to make recommendations. The Committee still exists, and these principles are supposed to continue to apply to all in public office:

Selflessness Holders of public office should act solely in terms of the public interest. They should not do so in order to gain financial or other material benefits for themselves, their family, or their friends.

Integrity Holders of public office should not place themselves under any financial or other obligation to outside individuals or organisations that might seek to influence them in the performance of their official duties.

Objectivity In carrying out public business, including making public appointments, awarding contracts, or recommending individuals for rewards and benefits, holders of public office should make choices on merit.

Accountability Holders of public office are accountable for their decisions and actions to the public and must submit themselves to whatever scrutiny is appropriate to their office.

Openness Holders of public office should be as open as possible about all the decisions and actions that they take. They should give reasons for their decisions and restrict information only when the wider public interest clearly demands.

Honesty Holders of public office have a duty to declare any private interests relating to their public duties and to take steps to resolve any conflicts arising in a way that protects the public interest.

Leadership Holders of public office should promote and support these principles by leadership and example. 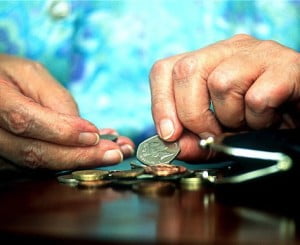 These are great principles, but they make for sobering reading when we consider the almost daily headlines about those in positions of responsibility who make use of them to their own advantage. Yesterday it was about pension fund managers who can make vast fortunes by taking small percentages from investments, but which significantly reduce the value of the final pensions.

Today it is the autobiography of Damien McBride, former special adviser to Gordon Brown, in which he reveals the internal world of politics in all its cruelty:

Damian McBride, the former press secretary to Gordon Brown, admits he routinely destroyed Brown’s rivals by briefing about their sexual affairs, alcoholism or internal political rivalries. He also reveals that he planted moles in the Labour party to spy on rivals, and accepts at times he became “a cruel vindictive and thoughtless bastard”…

What has gone wrong when there is so much more scrutiny and regulations? Perhaps this is precisely the problem: when it is regulation that seeks to deliver the Nolan Principles, then people feel no responsibility to them unless they are regulated.

I think Nolan made a fatal mistake when he called these seven ‘principles’; they are not. They are virtues. They are not things you do, they are things you are. And you cannot regulate what people are.

Our youngest daughter had to write an essay this week on what she would do to change the world. I offered her John Stott’s maxim:

Evangelism is social action, because it is changed people that change the world.

Reading the Seven Principles/Virtues makes me want to pray—for myself, that I might embody them; for those in leadership in culture and politics, that they might discover and live them; and for our country, that it might learn about the One who alone can change our hearts and make us virtuous.