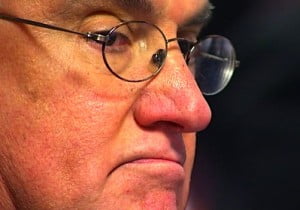 A few weeks ago I was in a meeting at the school where I am a governor to review last year’s performance against targets. As we were looking at each subject area, and the ‘added value’ the school had brought to the results, mapped against ‘expected achievement’, we (quite naturally) fell into a kind of industrial language about the children as they were ‘processed’ through the school. It made me pause and ask out loud ‘How can we—can we at all—use this language in a context where ‘every child matters‘, particular in a church school where we want to respond to pupils holistically?’

The question about language use came up for me again this morning. On Radio 4’s Today, there was an interview with the Chief Inspector of Schools, Sir Michael Wilshaw. Listen to some of the language used:

‘A third of secondary schools in England are not good enough. Too many are not getting any better.’

‘170,000 are in schools which are judged to be not adequate, which are failing’

‘What is going wrong with our secondary schools?’

‘They are not dealing with the most able students very well, and they are not closing the gap between those on free school meals and those who are not.’

‘If you have poor leadership, particularly in monitoring teaching quality, it does not work…it comes down to the head teacher, and we do not have enough good head teachers.’

‘We are seeing underperformance across different types of school; the leadership and the teaching, that is the issue.

‘If we had 22,500 schools with good and outstanding leaders, we probably wouldn’t need OFSTED, but we haven’t got that situation. The big challenge for the future of education is to get better people into our schools, certainly better people into teaching, and promote the best ones into leadership positions at a faster rate.’

‘We have instances of schools who go from outstanding to less than good and even inadequate in a short period of time, even in one year…schools can quickly decline. Schools need very close monitoring…’

‘People forget how poor schools were, how bad standards were, in the 60s, 70s, 80s and 90s before OFSTED came into being.

The interviewer pressed rather well on whether being an academy made any difference, and despite Wilshaw’s own background in academies, he could not provide actual evidence for this. And he would not accept that there were problems with the OFSTED process.

My immediate reaction to listening to this language was to describe it as toxic. There is a complete absence of trust; no-one will get it right unless I ensure it happens. It is strangely salvific too; the system was a mess, and will always be a mess, unless I can redeem it. And the whole tone lacked any sense of mutual professional respect.

I wonder what would happen if teachers in schools used language like this about the pupils that they were teaching—whose performance is, in fact, the evidence for all this ‘failure’. Is it really the case that, if a child does not increase his or her grades above the ‘expected performance’ level, the only word that the school and teachers merit is ‘failure’?

And what would happen if similar language is used of all other professions? Actually, it is beginning to be so used. The Care Quality Commission has been forced to apologise after it wrongly labelled 60 GP practices as being at risk of offering patients a poor standard of care, based on a widely criticised set of metrics.

None of this is to suggest that there are no problems in teaching (or in medicine) which need to be addressed, and most head teachers would agree that inspection has improved standards. But the question is: how should this be done, and what language should be used? The language which is widespread suggests a highly conflictual approach, based on mistrust, in which problems can only be resolved by threat of punishment, and the way to get all schools to improve is to set one against the other in competitive rivalry. It is as if the myth of redemptive violence has infected the whole culture; only by struggling with opposition can we ever hope to attain perfection.

In response to my previous post on the so-called Autumn Statement, Kevin Lewis wrote an insightful reflection on the message of Christmas. In politics and culture he observes ‘a dangerous narrative…that deeply challenges a Christian theology, [a] narrative of power, of blame, of self-protection and short-term thinking.’ In response to this, Christmas offers a radical alternative, one that does not prioritise money and power, that does not just blame everyone else, that does not focus on self-protection, and that looks to the long term. Kevin’s words on blame are pertinent here:

Christian theology shows God does not just blame everyone else. Not the previous government, or poor people who receive benefits, or immigrants, or anything other than our own people. Rarely do we hear ‘we’ have messed up, people like me, the wealthy, white, middle/upper classes, those who needed a bank bail-out. Christian theology begins and ends with repentance, with humility. God did not simply blame humans for mucking up his world, but became incarnate to be part of the solution, not the bully-king but the servant-king. Christian theology confidently says we mucked up and we spend our lives being the solution.

Michael Wilshaw’s approach appears to be to blame everyone else. He has a good track record in teaching, at least as measured by the current system, so perhaps he feels he is in a position to do so. But it smacks very much of Michael Gove’s stupidity in suggesting that everyone needs to be above average, an approach doomed to label 50% of any group as failures. We ‘need better people’ in the system—but this language of blame is hardly likely to attract them.

Rather than saying people are the problem, perhaps we need to recognise that the problem is now with the culture and the system—and this is reflected in the kind of toxic language we see here.

5 thoughts on “The Toxic Language in Education”