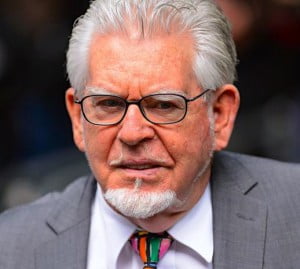 With the conviction of Rolf Harris on 12 counts of sexual abuse, it is difficult to know what aspect of the whole affair is most shocking. Is it the length of time that Harris was active as an abuser? Or the age of his victims—one as young as seven? Or the devastating impact of his actions on his victims? Or his grooming of his daughter’s best friend over several years? Or the fact that child pornography was found on his computer from as recently as two years ago? Or his arrogant defiance in which he refused to offer any explanation or apology—symbolised by wearing his ‘lucky tie’ with matching briefcase to hear the verdict?

Harris was prodigiously talented. A serious sportsman, he was an Australian junior national champion and narrowly missed out on winning a place in the Australian Olympic team. At the same time, he was winning prizes for his art, and receiving serious training in impressionist painting techniques. I remember as a child being entranced as he conjured extraordinary images from a blank wall, and with our children we used to enjoy listening to his classic songs he wrote and performing in his role as an entertainer. All that is lost—but pales into insignificance in comparison with the damage done to individuals.

I have been struck at how response to these horrors resonates with some biblical themes. To ‘remember someone’s name no more’ is the ultimate sanction (Hosea 2.17, Ps 83.4) and continuing a name was a major concern in having offspring. If someone was childless, apart from practical concerns, a major fear was that their name would be forgotten. Just as there is now no-one in Germany with the surname ‘Hitler’, everyone who was associated with Rolf Harris is hurrying to remove his name, even digging up plaques and memorials.

And in a culture which is generally uncomfortable with notions of sin and judgement, no-one hesitates to names this as evil and call for appropriate retribution. In fact, the final shocking thing has been the lenience of the sentence (5 years and 9 months, which would work out in practice at 3 years in jail), which arises from the principle that people are sentenced in accordance with the law in place at the time of the offence. There is some logic in this—yet we would not hang someone now who was convicted of a murder in 1963. And given that the change in sentencing, particularly in cases of sexual abuse, has arisen because the previous sentencing guidelines were shown to be incorrect and unjust, it seems strange to be continuing to follow such guidelines.

Once the immediate questions of this case have settled, there are some wider issues to consider. The most immediate is: what other leading figures will now be found out? If there really has been not only child abuse but an establishment cover up, will this threaten the very basis of Parliamentary democracy? Given the distrust of politicians, will this confirm the views of the most sceptical sceptics?

And the questions run even deeper than this. Our culture is prone to depict itself as the end-point of human cultural evolution; how could they, in the past, have had the views they did, when we now know so much better? We have now attained the end-point of human maturity and enlightenment. But of course that is exactly what the 1960s thought about itself. And it is precisely that culture of sexual liberation which created the context for Jimmy Savile’s abuses, and which prevented people from asking serious questions at the time. Our presumption here lacks perspective, which Giles Fraser helpfully corrects in discussing the connection between consumerism and the right to die:

When the moral history of the 21st century comes to be written, I predict we will look back with horror at how the word ‘choice’ became a sort of cuckoo in the nest, driving out all other values…The moral language of the supermarket has become the only moral currency that is accepted.

It wouldn’t be unfair to characterise Harris’ offences as a symptom of (male) abuse of celebrity power. Yet we now live in a culture where celebrities are more revered and influential, not less. Worse than this, the rapidly growing imbalance of financial resources means that many leaders in business, culture and politics have almost endless resources: the contemporaneous trial of Andy Coulson was almost in jeopardy simply because the defendants’ legal team was far better resourced than the prosecution team, simply because of the defendants’ personal wealth. And we also live in an age where, despite a greater awareness of the importance of consent, substantial sectors of society assume that casual sexual encounters are the norm. This seems to be the uniform assumption of popular entertainment, whether dramatic or ‘docusoap’.

It could be argued that the Harris episode marks a watershed, encouraging victims to speak out. But it is not clear that there really is a new culture of openness. All the evidence from the use of the Freedom of Information Act is that people now simply do not write things down or email any more, but communicate in an alternative, less traceable way. Those we might want to probe in twenty years’ time will likely have found better ways to conceal themselves.

10 thoughts on “The Rolf Harris affair”