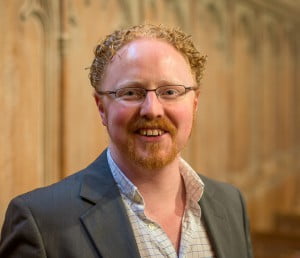 It is remarkable to think that it is only 11 days since the vote on the Assisted Dying Bill—a week is a long time in social media ethics. As part of ongoing reflection on this issue, Matthew Kirkpatrick of Wycliffe Hall in Oxford offers this reflection on The Meaning of Death—A Response to Lord Carey and the Question of Assisted Dying.

I don’t know how I will die. Will it be swift and painless at a ripe old age? Will it painful, debilitating, perhaps when it feels far too soon? And how will I react? How will I feel about the emotional and financial burden that my continued life will make upon my children? I have worked hard to give them the best start in life so that they can live adventurously, ambitiously, and with the sense that they can achieve what they truly put their minds to. How will I respond when my life now holds them back? I really don’t know.

On Friday 11th September, Parliament rejected the most recent Assisted Dying Bill, which sought to make suicide accessible and as painless as possible for those facing an immanent and tortured end. Although the result (330 to 118 votes) was resounding, so were the voices of those who passionately fought to have the current guidelines overturned. One that particularly stuck out was that of former archbishop George Carey who again reflected on his change of heart to promote the legalisation of assisted dying. In his most recent article, in the Mail on Sunday (16th August, 2016), Carey argues that he has come to realise that the only compassionate response—to someone whose suffering is so great as to drive them to suicide—is indeed to help them accomplish it.

Carey does not offer a critical or in-depth contribution to the euthanasia debate. And there are many points at which one might critique his position—not least his caricature of the anti-euthanasia position as having no meaningful response to suffering other than that it is ‘good for you,’ or that it is based purely on fear. However, what is most striking is the pronounced lack of a theological argument. Or perhaps it is the slight presence of one. How a secular state decides on euthanasia is an important question. So too is how the church and believers should interact with and influence this discussion. However, at best Carey’s article ignores both these crucial questions; at worst it causes confusion by suggesting that Christ himself might support the Assisted Dying Bill.

There are many good and well-rehearsed arguments against euthanasia, which I will not repeat here. However, many of them are theologically unsatisfying. They are useful at showing how euthanasia is pragmatically problematic, and effectively so in keeping euthanasia illegal. However, they don’t get to the heart of the reason why Christians might reject it. For just as with simplistic and unqualified arguments that appeal to compassion and dignity, they fail to take seriously both the meaning of life and the meaning of death.

Although it may remain the million dollar question, human life gains its meaning by acting as a minister of God’s presence, will, and glory. Even the most rudimentary formulations of the image of God retain something of this vocation. In our fallen state, that image has now been lost or tarnished. However, in living out of the image of Christ, the meaning of our task has now gained a greater urgency and specificity in this ministry. Whether it be through word or deed, direct evangelism or simply through the structures of responsible life as parents, friends, colleagues or citizens, each of us is called to be Christ to one another, to seek first the kingdom of God, and to make it manifest on earth as it is in heaven. The meaning of life, therefore, revolves around our identities as vessels for God’s glory. Although we are designed for freedom, it is a freedom that is always for others. The importance of this being-for-others is revealed in Paul’s declaration that ‘To live is Christ and to die is gain’ (Phil. 1:21). Although Paul reveals his desire to die and be with Christ, he recognises that it is more necessary that he ‘remain in the body’ for the sake of those around him as a minister of God’s presence.

But how do we become the vessel of God’s glory? It isn’t achieved through human systems, schemes, or strength, but rather through our weakness. Just as God spoke to Zerubbabel, ‘Not by might, nor by power, but by my Spirit, says the LORD of hosts,’ (Zech. 4:6) so he says to us now ‘My grace is sufficient for you, for my power is made perfect in weakness’ (2 Cor. 12:9). It is when we become weak and surrender our strength and control that God is able to manifest his strength through us.

If we consider Paul’s uncompromising desire to bring about God’s glory on earth through his bodily presence, and his understanding of the importance of weakness as the channel for God’s power, assisted dying or suicide is placed in an extremely uncomfortable light. To affirm euthanasia theologically is to declare that there is such a thing as a life not worthy to be lived, an existence that is not only truly hopeless but one that God is unable to use for his glory.

Christianity is founded on an understanding of martyrdom—whether that be through the loss of our actual lives or a more metaphorical, but still analogical, understanding of taking up our crosses and following Christ. The world, on the other hand, works under the cult of power and success. And Christians are just as susceptible to their influence. We easily slip into considering that when we work the hardest, pray the most, deliver the most fluent sermons, we are best serving the kingdom; or, by looking at the numbers in our congregation, or our popularity and plaudits, believe that we are achieving it. Even when we consider the most extraordinary of self-sacrificial or martyrous acts, they too are in danger of being those actions that we determine and choose—and so remain under our control—rather those that we receive and accept in true submission.

By being more influenced by the world’s ideology than the New Testament witness towards weakness, two important consequences have occurred. The first concerns us as individuals. It isn’t that suffering is ‘good for us’ in a rather British, ‘stiff upper lip’ kind of way, as Carey caricatures. Rather, it is through our infirmities that we can not only learn what true weakness and submission are, but also learn how to embody them before God and for his sake. If we share with Paul a profound concern that God use out bodily lives for his glory, it is not just that we should desire the end of our lives to manifest God’s glory, but that we should also see it as the most profound opportunity to allow his power to come through our lives. That medical science is making us live longer and so die slower is not a reason for now allowing euthanasia—as Carey argues—but rather for seeing a new, more modern form of martyrdom.

The second implication, however, concerns the Christian community. When we consider the ways in which God speaks through the most vibrant of writers, eloquent of speakers, or charismatic of leaders, the church equally falls prey to ignoring the weak as the channels of God’s revelation. By turning to the strong we fail to encourage the weak to recognise their potential and to listen to how God speaks through them.

Where Carey suggests that the anti-euthanasia perspective rests on fear, a truly theological response requires the greatest of courage. Are we willing to embrace absolute weakness in order that God might work more powerfully through us; to desire to remain in our bodies through sickness, pain, and all manner of degradation, for the sake of others; to have the courage to suffer all things to further God’s kingdom? Are we able to believe that God will use our crippled and faltering lives to carry those we love, when all we can understand is how they may crush them?

I still don’t know how I will react to the fate of my earthly life. Only time will tell. However, what we find in the New Testament is a message that requires extraordinary courage—a courage to believe that there is no life that God cannot use for his purpose, and that it is precisely the life that seems beyond worth that God can use in the most extraordinary of ways. In contrast to Carey’s response, the mission of the church must not be to sign people off from their Christian lives, but rather to transform our Christian communities to be courageous in the face of sufferings, and to commit themselves to learn from the frail, weak, and disabled, and for each individual to invest themselves in their deaths, as in their lives, to be the vessels of God’s glory for the sake of others.

Ian Paul adds: the courage and integrity that Matthew writes of seems to me to be embodied in the response of Michael Wenham in his interview for the BBC below, and on his blog Diary of a Dancing Donkey.

2 thoughts on “The Meaning of Death”