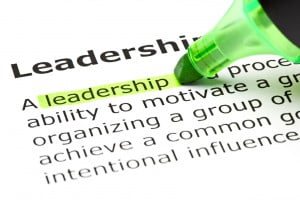 It is often commented that ‘leadership’ is not a very biblical word, and this should be a concern not just to evangelicals (who particularly want to root their understanding in the biblical texts) but to anyone who is in a reformed or Protestant church for which Scripture is a key locus of authority.

The first point to note is that, since we live after the time of the Enlightenment, we are fond of abstract notions (‘leadership’) rather than concrete nouns (‘shepherd’). Our word ‘leader’ comes through German, rather than from Latin or Greek, and has the underlying sense of discerning a pathway. This does, in fact, connect with at least two important ideas in the Bible. In the Old Testament, the torah (poorly translated as ‘law’) derives from the Hebrew verb yrh meaning ‘to shoot or throw’. So it has the sense of instruction which looks ahead and marks out a path of life in which to walk. In both Testaments, leaders are often referred to by the metaphor of ‘shepherds’. One of the key roles of a shepherd is to keep the sheep walking on a safe path, keeping them away from danger and leading them to places of pasture.

Secondly, biblical language about leadership tends to cluster around particular roles and draw on concrete metaphors. There is a ‘spiritual gift’ that is usually translated as ‘leadership’ in 1 Cor 12.28, kubernesis, which literally means the steering of a boat. We find kubernetes, stearsmen or pilots, mentioned in Acts 27.11 and Rev 18.17. But it is striking that this gift is listed as one among many, and is not given any prominence. (No-one was really interested in this gift when older Bibles translated it as ‘administration’!)

Having said that, it is striking that the NT avoids the usual terms for leaders when talking of leaders of the Christian community. Despotes is used of masters who own slaves (1 Peter 2.18 and elsewhere), and is applied to God (Acts 4.24) which fits well with Paul’s self-designation as ‘bond slave’ in the opening of his letters—but is never used of Christian leaders. The term kathegetes is expressly forbidden by Jesus in Matt 23.10; the term means leader or teacher, but the teaching aspect is covered earlier in the passage, when Jesus also forbids the use of the term ‘rabbi’ since we have one teacher (didaskalos). Perhaps most striking is the absence of the normal term for ruler or leader, archon. It is used fairly neutrally of the rule of a synagogue (Matt 9.18), for leaders amongst the Pharisees (Luke 14.1) and for national leaders (Acts 3.17). But, in keeping with Jesus warning in Matt 10.25 (and the parallel in Mark 10.42), this term is never use for Christian leaders. There are three passages where we find the term hegoumenos (‘one who leads/guides’) used of church leaders (Hebrews 13.7, 17, 24; Acts 15.22 and Luke 22.26) but the related noun (hegemon) is used only to refer to royal or imperial governors like Pilate (Matthew 27.2).

In their report on leadership for the Faith and Order Commission, Mike Higton and Loveday Alexander account for this by expanding on the idea behind Jesus’ prohibition in Matt 23. The suggest a ‘triangular’ understanding of leadership of the Christian community, noting that both the leader and the community itself depends on the call of God for their self-understanding and their identity.

This has profound implications for the way leadership is understood, and therefore for the way we understand the exercise of authority:

They [the terms use for leadership] are used to distance the authority of the leader from any sense of ownership or mastery, and to deflect attention back to the Lord of the church, who is the real source of the leader’s authority. They reflect what we may call a refracted authority, seen through a triangular prism that resists the construction of top-down management structures. (p 29)

The Spirituality of Leadership

In his remarkable study of Paul’s ministry and leadership, Paul’s Idea of Community, Robert Banks highlights the radically egalitarian reformulation of what it means to be the people of God:

Paul’s dissolution of traditional distinctions: between priest and laity

Within the church, distinctions between priest and layman, mediatorial and common service, cultic ritual and secular activity, do not and cannot exist…

Between officials and ordinary members

Between holy men and common people

Paul has no place in his view of community for the traditional distinctions between its members along cultic, official or religious lines… (chapter 13)

This does not make leadership unimportant; it would be hard to imagine that Paul was not in favour of the importance of energetic and effective leadership in the local Christian communities and in the wider church across the Empire. But, understanding his own call by God in the context of the call of others to minister and to be part of the body of Christ (1 Cor 12), he is profoundly shaped by the spiritual discipline of mutuality in ministry.

‘Mutuality’ might sound strange as a spiritual discipline, but it is vital to continued personal spiritual health. It is worth noting that Paul expounds this kind of mutual ministry in 1 Corinthians precisely in the context of exploring the question of spirituality (‘concerning the pneumatikoi…’, 1 Cor 12.1) One thing that is very striking about Paul’s ministry is that (contrary to Mr Incredible in the Pixar animation!) he never worked alone. In his ‘missionary journeys’ he always worked with at least one partner. The one exception to this was his time in Athens (Acts 17)—which is notable by the small effect it had compared with his ministry in other places. Many of Paul’s letters are co-authored (1 Corinthians with Sosthenes, Colossians and Philippians with Timothy, 1 and 2 Thessalonians with Silas and Timothy), and Romans 16 offers us a long parade of Paul’s co-workers and partners in mission. There is little evidence of monarchical leadership in Pauline churches; the more typical pattern is of shared leadership like that in Antioch (Acts 13.1).

For some, a small cell group of people who trained together in leadership offers a robust context for mutual accountability and support where the depth of friendship grows over the years. For others, having a ‘spiritual director’ or mentor, who is outside the immediate context of ministry, offers something similar. For others still, long-term friendships can provide this kind of mutuality.

Mutuality in ministry needs to extend not just to peers in leadership but also within congregations. I am not sure Paul, who was ‘in the pains of childbirth until Christ is formed’ in the Galatian Christians (Gal 4.19) would recognize the clergy/lay divide expressed in the idea that ‘You cannot make friends with members of your congregation.’

Personal: When and how did you experience God’s call of you into leadership? How has that call been renewed and revised?

How is your devotional life feeding your exercise of leadership—and vice versa?

Communal: ‘Trust, be persuaded, by those guiding you, and be ready to yield to their wisdom’ (Heb 13.17, my translation). Is leadership in your community both trustworthy and trusted? Is there a willingness to yield to the wisdom of leadership which has been raised up by God?

Programme: What opportunities are there for people in your context (congregation) to explore, identify and develop their gifts and exercise of leadership?

In what ways are you enabling people to consider the call to ordained ministry?

This is an extract from my forthcoming Grove Leadership booklet on Evangelical Leadership. Sign up on the Grove website to receive news of new titles as they are released.

5 thoughts on “The Language of Leadership”