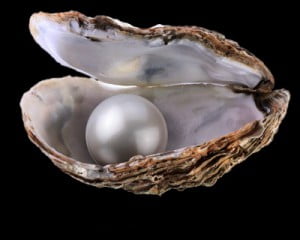 In one of the presentations at the Premier Digital Media Awards I attended last month, the speaker used a phrase about his project which has stayed with me. A group of coders spent a weekend trying to design computer and phone apps that could be used ‘for the kingdom and the common good.’ I was familiar with each of the terms (of course) but I don’t think I had ever heard them put together in this way before, and they struck me as a potent combination for thinking about ministry and discipleship.

The language of the kingdom ultimately has its roots in the sovereignty of God, and the dominion that he exercises over creation and which he delegates to humanity made ‘male and female’ in his image (Gen 1.27). But, because of human sin and failing, it quickly becomes a term associated with the distinctiveness of God’s people and God’s ordering of them in contrast to the peoples around them. Where other nations have kings over them, Israel needs no king because God is their king. But even when they ask for a king, this figure becomes symbolic of God’s distinctive rule, and ultimately becomes an anticipation of the perfect peace and justice that will come about when God himself visits his people, perhaps by means of an anointed ruler.

It shouldn’t be a surprise, then, that the language of the kingdom of God marks Jesus proclamation of his good news (Mark 1.15). Yet here the sense of contrast has been sharpened. Because God’s rule is perfect, and humanity is far from perfect, participation in this kingdom can only be attained by a process of change, or ‘turning’ or ‘repentance’—thinking again about how life can and should and will be lived. Jesus’ kingdom ministry in the synoptic gospels is marked by a clarity, power and authenticity in sharp contrast to the dullness and conformity of the scribes and Pharisees. It has a radical sense of inclusion about it, but one which involves change and transformation, so that sinners are ‘called to repentance’ (Luke 5.32). It also contrasts with the oppressive rule of Rome—though not quite in a way which sets this kingdom over against empire in a direct way.

In John, these contrasts are not so much spiritualised as made cosmic. Jesus’ kingdom is contrasted with the ‘ruler of this world’ (John 12.13, 14.30) who is overthrown by the triumphant sacrifice of Jesus laying down his life on the cross, in his death pouring out the water of life (John 19.34). And this cosmic contrast is continued in Paul. Although the language of the kingdom is not the controlling metaphor for Paul, it forms part of the clear binary of those who are ‘in Christ’ and those who are not, those who are no longer ‘what you once were’ (1 Cor 6.11). The old creation, dead in sin (Eph 2.1), under the control of ‘the flesh’, has now been raised to new life (Rom 6.4), is part of the new creation (2 Cor 5.17), walking by the Spirit (Gal 5.22) in anticipation of the transformation of the whole cosmos (Rom 8.19).

The language of ‘the common good’ has a quite different feel to it. It belongs to Catholic social teaching, originally developed by Aquinas in his Aristotelian re-reading of Augustine. (It also has a philosophical sense, connected with utilitarianism, but I am not sure that has shaped Christian use of the term.) But it, too, is rooted in a theological theme within the biblical narrative.

Alongside the focus on the distinctiveness of God’s rule over his people is a contrasting focus on God’s rule over all people. Some of the psalms have a surprising sense of God’s universal sovereignty; the ‘whole earth is the Lord’s and everything in it’ (Ps 24.1) and it means he can even make use of a foreign, pagan ruler like Cyrus to deliver his people (Is 45.1). We therefore find some OT texts, like Nehemiah, which focus on the distinctiveness and purity, and others, like Ruth, which focus on the inclusion of those from other tribes, peoples, nations and languages. Some focus on the uniqueness of God’s revelation of himself to his people, for example in the Ten Words (‘commandments’, Ex 20), whilst others focus on the universal availability of wisdom to all cultures, as we find in Proverbs.

Curiously, this contrasting theme also finds a place in the wisdom teaching of Jesus. In the Sermon on the Mount, which does focus on the kingdom of God and its priority, we also find an emphasis on the universality of God’s goodness poured out on all—he makes the sun to shine on the wicked as well as the good (Matt 5.45)—and this is to be the paradigm for our own ethic. We should treat all, good and bad, friend and foe, with equal charity since God does. This ethic appears to have been taken seriously by Jesus’ first followers too. Paul is concerned that we should be ‘at peace with all—as far as it lies with you’ (Romans 12.18). And Luke is at pains to remind us that, alongside persecution, the early ekklesia enjoyed the favour of all people (Acts 2.47). When he tells us that goods were distributed to all ‘as they had need’, he does not qualify that to limit it to believers only. The grace of God poured out and overflowed the boundaries that marked this distinctive community.

Traditionally (and probably stereotypically), the evangelical tradition has tended to focus on the kingdom, on sin, repentance, discipleship and coming judgement. By contrast, liberal theology has more focussed on commonality, shared humanity, engagement with culture, and our embeddedness in society. Both have their strengths, and both their weaknesses. Recently, there has been a growth in concern amongst evangelicals and charismatics to ‘bless our community’, but this has looked more like a PR overture to evangelism than part of a theological vision. Language of ‘the common good’ might just provide that.

The two terms, then, can form a theological health check for our corporate ministry and even our own personal patterns of living. How much of our (my) time and energy are we putting into questions of discipleship and maturity as followers of Jesus, and how much into simple human flourishing and healthy patterns of living and relating? How much attention are we (am I) giving to the Advent hope we have in Jesus, and how much attention to our own creatureliness? In relations with ‘outsiders‘, how often are we affirming them as created in the image of God, and how often are we calling them to the radical transformation of the good news in Jesus?

In each area we need to be doing both/and rather than either/or—and in fact I wonder if we can ever do one half of these effectively without doing the other half with equal enthusiasm.

14 thoughts on “The kingdom and the common good”