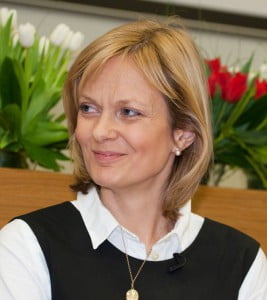 The Church Times has been running a series of interesting article on the state of the Church, with some significant insights from Linda Woodhead, Professor of the Sociology of Religion at the University of Lancaster.

Previous articles have explored issues of church growth, leadership, and some of the reasons behind the decline in church attendance. One of last week’s articles analysed the social impact of the Church of England, and made some provocative suggestions.

Imagine, for a moment, that all regular Sunday worshippers disappeared overnight, leaving only the clergy. Obviously there would be a financial crisis, the current parochial system would have to be radically reformed, a great number of churches and vicarages would need to be sold off, and the Synod would have to cease or change.

But the Church would remain, and its most influential activities could continue…

Yes, you read that! ‘Its most influential activities could continue’! My first response was to think this was an incredibly ‘clericalised’ view of the Church: its most important and influential activities are the ones done by its clergy and officials. It reminded me of my bishop in a previous diocese, who once commented:

Imagine what would happen if each parish hired 50 actors, dressed them in clerical collars, and paid them to wander around the parish. What an impact this would have on the profile of the Church!

What a hideous idea!

Linda Woodhead’s article does contain some encouraging news, but do look carefully at what is being measured:

How do [people] connect with the Church? In descending order, the five most common points of contact are: funerals, visits to a cathedral or historic church, weddings, Christmas services, and christenings. Regular worship came in sixth place.

But surely the main way that people have contact with ‘the church’ is by meeting, living next to and working with members of the church—Christians! This reminds me of the story John Wimber used to tell. A member of his church complained that a homeless man attended a service, and the man hoped ‘the church’ would do something for him. ‘In the end, because the Church did not help him, I had to take care of him!’ Wimber replied: ‘Looks like the church did do something!’

Fortunately, the Church of England ‘About Us’ web page has a more enlightened view:

So at least some of the ‘influential activities’ of the church are things done by ordinary Christians. Still better is the LICC’s ‘Imagine’ project, encouraging all Christians to realise that their first place of ministry is the place where they spend their time Monday to Saturday.

Perhaps the root of the issue is something that Linda Woodhead mentions at the very beginning of her article.

LAST week, a young person asked me a question in response to recent articles in the Church Times which brought me up short: “What should change, Church or society?”

‘The Church as separate from society.’ This touches on a key theological perspective on what it means to be ‘church’. When Paul says ‘Come out from among them; touch no unclean thing’ (2 Cor 6.17, quoting Is 52.11), he is saying something both nuanced and yet vital. The New Testament characterises the people of God in two paradoxical ways. The first is as the ekklesia which is the word used in the OT for the ‘congregation’ (AV) of Israel, but also used by Greeks as the gathering of citizens for decision-making in relation to their city. This is an established, respectable and reasonable understanding of ‘church.’ But the other, equally important insight is the idea of being paroikia and parepidemoi (1 Peter 2.11)—resident aliens, refugee pilgrims. We are citizens, but citizens of a different kind. We are to ‘seek the welfare’ (Jer 29.7)  of the city we are in, but also to remember that we are citizens of a different city (Hebrews 12.22). (I heard a brilliant exposition of this by Rowan Williams when he was ABC in a meeting of CEEC. He was a much better expositor than the two leading evangelicals who were speaking with him!) We are to be embedded in society, and yet distinct from it.

This is the reason why I always refused to allow ordinands to use the word ‘church’. It is all too easy to confuse our contemporary idea of ‘institution’ with the New Testament vision of an eschatological, Spirit-filled, counter-cultural pilgrim people of God—all too easy to lose the ability to think of church as distinct from society, or imagine that, without the people, the congregation, the ‘most influential activities’ might continue. There is no more influential activity than being faithful disciples of Christ, making him known, in all the places God calls us. 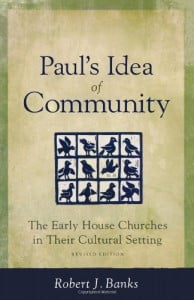 This is how the ‘church’ grows—by gossiping the gospel, and ‘preaching the word wherever they [we] have been scattered’ (Acts 8.4). Interestingly, this habit of the early church (which we sometimes call ‘evangelism’) was notably by its absence in the earlier Church Times articles reporting factors in church growth. How do we imagine we are studying church growth when we don’t mention the main means of people coming to faith?!

Robert Banks’ masterly exposition of Paul’s Idea of Community spells out what this means for the people of God in practice. Banks highlights Paul’s understanding of the difference that the Spirit makes in this new community, in relation to both pagan and Jewish ideas of a religious movement.

Paul’s dissolution of traditional distinctions: between priest and laity

Within the church, distinctions between priest and layman, mediatorial and common service, cultic ritual and secular activity, do not and cannot exist…

Between officials and ordinary members

Between holy men and common people

Paul has no place in his view of community for the traditional distinctions between its members along cultic, official or religious lines… (chapter 13)

This is not suggesting that Paul’s thinking about church organisation was undeveloped, and needed filling out in the post-apostolic era—quite the contrary. These things were the hallmark of the work of the Spirit, recreating a new humanity after the pattern of Jesus’s life and ministry. This is why we cannot consider the work of the clergy as the ‘most influential activities’ of the ‘church’, important though leadership is.

Woodhead’s conclusion is that the church, if it is going to survive, needs to throw off its past ‘paternalistic’ approach.

It is the difference between asking parents to have their child baptised in a Sunday service, among people they do not know, and making the family the centre of the event. It is the contrast between designing a funeral with the active participation of the bereaved, and telling them that they cannot even have the music they want.

It is the shift from school chaplains who were there to give Christian “instruction” to the employment of chaplains – even in non-faith academies – to support the moral and general well-being of the whole institution. It is the difference between being a Church that works with other agents in society – and is open to being changed by them – to one that claims to be the sole repository of truth.

In other words, we need to forget about baptism being the initiation into faith, funerals involving the possibility of Christian hope, and the presence of ordained leaders in schools being about making faith known—that is, we need to abandon the very things that have been the hallmarks of growing churches down the ages!

What has gone wrong here is that theology has been subordinated to sociology, instead of sociology—with its crucial insights as it holds up a mirror of reality to the institution of the church—being shaped by and serving a theological vision. The worst thing the church could be, from a sociological point of view, is a ‘sect’, and that is Woodhead’s parting shot. But Christian distinctiveness is the lifeblood of the people of God; without it, we wither and die.

Steve Walton has pointed out some similar things said by Richard Bauckham in his letter in the Church Times this week:

This view of the Church is in part sociological (it is very important to Professor Woodhead that the Church be what sociologists define as a “Church” rather than a “sect”), and in part an attempt to hold on to some remnants of a traditional Anglican vision of the Church – those that still linger in society as a whole when most people no longer attend worship or even care much about the Church at all. But a Church whose core business is baptisms, weddings, and funerals is actually very different from the traditional Anglican vision of a Church whose core business was the worship of God and the proclamation of the gospel.

Professor Woodhead’s approach is one way of responding to the demise of Christendom. Another is to recognise that the Church is the people of God whose identity lies in their commitment to Jesus Christ (which is what their baptism entails). It is the community of those who worship him together and dedicate themselves to living for him both in their life together as a community and in their life of witness and service in the world. Of course, the Church needs leadership, and it must, by its very nature, be orientated outwards to the rest of society. But what it is is the people of God.

These are theological issues that really matter if we are to know how to make use of all the excellent material that the Church Times is currently providing in its Church Health Check.

21 thoughts on “State of the Church: sociology or theology?”