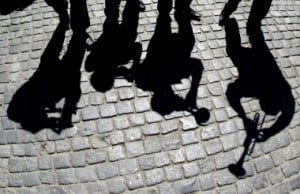 There is the moment that every Christian leader dreads. Someone in the congregation comes and tells you that God has called them to a particular ministry in the church. You don’t want to be discouraging, so you find a place for this to be exercised. The person concerned is passionate about it, feels strongly God has called them, and tries really hard—but they are just not very good. The damage can be limited when the ministry is away from the spotlight, but is harder to handle when it is something ‘main stage’ such as leading sung worship. What do we say?

Depending on your church tradition or network, there are different criteria for validating ministry. For some, you need to be called. For others, you need to be ‘passionate’. But I have yet to come across a Christian group where ‘competent’ features as a key virtue—the idea that you should actually be good at something as an indicator of God’s blessing. The notion of ‘gift’ comes close, but gifts need to be nurtured, honed and trained; being competent isn’t the same as having a ‘gift’.

Asked simply ‘Should Christians be competent?’, whether in church ministry or the ministry of everyday life in the workplace, then the answer is clearly ‘Yes’. But there are two powerful forces which make us hesitate, one from surrounding culture, and one from the life of faith. On the one hand, we seem to live in a culture which is increasingly intolerant of failure, and prizes the power of achievement. Competition is the primary paradigm in so many areas of life; it differentiates people into winners and losers, and for the losers this can be deeply damaging and disempowering.

By contrast, we believe in a gospel of grace; God accepts people as they are, because of the death and resurrection of Jesus, not because of how good or competent they are. God offers forgiveness for our failure and loves us despite our incompetence. There is a sense in which the impetus to spread the gospel at all came from this sense of failure. Whilst the women remained at the cross, it was the men amongst the disciples who deserted Jesus at the end. And yet it was the failed and forgiven men more than the women who became the primary proclaimers of his resurrection. There are cultural factors at work here—but it cannot be a coincidence that the ones who failed most obviously were the ones who proclaimed God’s grace most clearly. Paul’s presenting himself as the ‘worst of sinners’ continues this tradition.

But this gives us a problem. All too often in the local church—let’s be honest, things are done badly. Many of us struggle to find a theology which proclaims (in Bill Hybels’ words) that ‘excellence honours God’. And so we meet in shoddy buildings where the heating is intermittent, the music mediocre and the coffee is ghastly. Letting people do things because they are faithful rather than because they are good at it makes us and them feel better, and avoids what would be an awkward and unpleasant confrontation. But in reality it puts others off. I don’t think that people visit their local church in order to witness a smooth, professional production. But neither do they want to hear a keyboard player whose left hand doesn’t know what his right hand is doing. If the gospel matters to us, we should look as though we care about the way we do things. And if this is important in the local church, it is crucial in the workplace. There is nothing more exasperating—or damaging to gospel witness—to have a Christian colleague who does their job badly ‘but that’s alright, because God forgives me.’

There is one significant Old Testament text which does focus on competence—indeed, it reads like a hymn of praise to excellence: Proverbs 31. Although it is often sidelined as a (male-centred?) celebration of the competent wife, I think it is more important than that. First, it is worth noticing that it is one of the few parts of Scripture that is clearly composed by a woman, King Lemuel’s mother (Prov 31.1). Secondly, its position is highly significant. Proverbs starts out as the quest of a young man, searching for insight into how to live wisely. It ends with this picture of a mature woman who does indeed live the good life. Thirdly, this link is emphasised by the common phrase, ‘the fear of the Lord’. The young man needs to learn that ‘the fear of the Lord is the beginning of wisdom’ (Prov 1.7, 9.10); the mature woman has learnt this and allowed it to shape her life (Prov 31.30). As a result, she flourishes in every area of living—not just in raising children and providing for them (something we usually associate with the father as the ‘head’ of the household), but she is an entrepreneurial business woman, whose wise decisions bear fruit and gain her the respect of the community. (It is tempting to ask what her husband is doing, other than sitting around chatting at the city gate…but that is for another time.)

We might try to dismiss this as Old Testament ‘salvation by works’. But neither the text nor the rest of the Bible will allow us to do this. The text itself is clear that ‘fear of the Lord’ is a summary of her attitude, and leads to competence, not the other way around. And, more awkwardly for Christian readers, this wisdom tradition is picked up both in the letter of James and in the teaching of Jesus. James is absolutely clear that intention is not enough; action must match it (James 2.17). And it is striking that, in the parable of the ‘talents’ or treasures, the master commends his servants for not just being ‘faithful’ but also being ‘good’. They had done their job well, and Jesus expects us to do the same.

Competence not a qualification for acceptance, but it is a sign of maturity. It is not a way to earn Gods favour—but it is a sign of God’s grace at work in our lives. That is why Paul is able to make the extraordinary claim that ‘it is God who works in you, both to will and to work for his good pleasure’ (Phil 2.13)—not just shaping our intentions, but perfecting our actions too. Perhaps excellence, understood in this way as the fruit of grace, does honour God after all.

15 thoughts on “Should Christians be competent?”