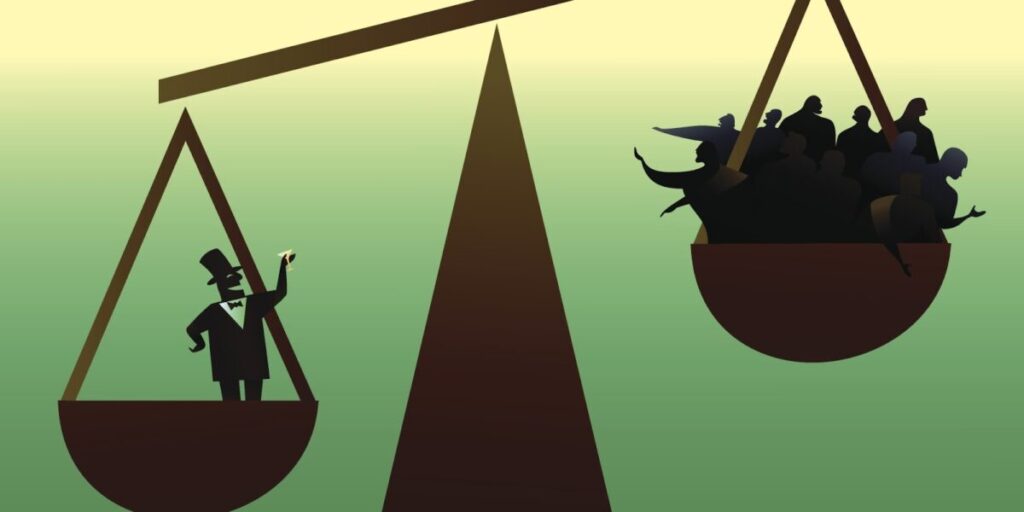 In this guest post, Dr Justin Thacker asks why we are so reticent about tackling issues of structural economic justice and highlights one way we could do so on Sunday 6th June – Tax Justice Sunday

For the Lord your God is God of gods and Lord of lords…who executes justice for the orphan and the widow, and who loves the foreigners, providing them with food and clothing. (Deut 10:17,18)

In these words from Deuteronomy, the two sides to our moral responsibilities to the economically vulnerable are highlighted. On the one hand, we are called to provide those who are destitute with ‘food and clothing’. At the same time though, we are also required to implement God’s missional concern for ‘justice’. While I think we have been relatively good in responding to the first of these aspects, we have, I would suggest, been woefully inadequate at addressing the second. Melba Maggay, a Filipino theologian perhaps sum this up most effectively when she says:

Evangelicals are unfortunately stuck in merely providing discrete services to the poor, without addressing the larger context of why people are poor. There is a reluctance to engage in advocacy, to create a public voice and insert the cause of the poor into political space.

There are of course many reasons for such reluctance including the sacred-secular divide, fear of liberal and liberation theologies, an under-realized eschatology, fear of losing our privilege (or from an NGO’s point of view, income), an individualistic gospel and lack of a fully worked out theology of advocacy, and finally an association with communism (for a discussion of these see Offut et al, Advocating for Justice). This last connection is neatly summed up in Dom Hélder Câmara reported statement:

However, as I want to argue none of these reasons should stop us from engaging in activity which addresses the root causes of material poverty. Not the least of the reasons for this is that it is a thoroughly biblical concern.

Throughout the Old Testament, repeated reference is made to the compassion we should show towards the widow, the orphan, the stranger/foreigner and the poor. These categories occur in combination throughout (Exodus 22:22; Deuteronomy 10:18; 24:17; Job 24:3; Psalm 94:6; Isaiah 1:17; Jeremiah 7:6 and so on). In a chapter I am writing for a book, I analysed every one of the OT references where at least two of these categories appear together. In that analysis, I examined the relevant scripture as to whether its injunction was that we directly help the relevant groups—for instance by providing food or shelter—or whether we should seek justice for the relevant groups by upholding their rights, pleading their cause and so on. I have classified the first of these responses as that of ‘charity’, and the second of these responses as that of ‘justice’, and the summary of what I found is that in 30% of the occurrences, the emphasis was on charity, and in 70% the emphasis was on justice. To be clear, when I refer to ‘charity’ and ‘justice’, I am not referring to whether the words hesed (loosely, charity) or mishpat / tsedeq (loosely, justice) appeared; I am referring to whether the concepts in terms of direct provision of support or advocating for their cause was the primary concern. Some examples of ‘justice’ are reproduced below:

Ah, you who make iniquitous decrees, who write oppressive statutes, to turn aside the needy from justice and to rob the poor of my people of their right, that widows may be your spoil, and that you may make the orphans your prey! (Isaiah 10:1,2)

Woe to those who make unjust laws, to those who issue oppressive decrees, to deprive the poor of their rights and withhold justice from the oppressed of my people, making widows their prey and robbing the fatherless. (Isaiah 10:2)

The sense we get in these verses (and others) is that while God does want us to respond to the situation of those who are economically vulnerable by providing direct support in terms of food, clothing and shelter, it is even more the case that we must not exploit them, that we must treat them fairly, that we must defend their cause. In short, we must advocate for structural justice alongside our works of mercy.

A similar argument to this could be made in respect of the New Testament, and theologically I have set out numerous arguments for why structural justice matters in my Global Poverty book. However, I now want to turn to just one issue that demonstrates the kind of advocacy for justice that I am referring to—namely, tax justice.

We are all rightly concerned about the crushing levels of poverty experienced by the majority of people in the world. In Africa, it remains the case that around a third of children suffer from chronic malnutrition, that every minute two of them die from malaria, and that over 300 million people in that continent lack access to clean drinking water. What makes these kind of statistics even more condemning for those of us who have access to material wealth is the obscene inequalities in our world. Just 22 men hold the same wealth as all the women in Africa, and while inequality has, of course, always existed, it has not existed on this kind of scale for a very long time. In short, the world easily has enough resources for everyone to thrive if only it was shared more justly.

This brings us to the issue of tax justice for one of the reasons why sub-saharan Africa is so poor is simply that we—as in the West—steal its wealth. We do this via debt servicing where many African countries continue to spend more on their debts than they do on their own health or education services—but I want to focus on tax injustice.

It is estimated that tax dodging by large multinationals costs the global south in total approximately $200 billion a year, and sub-saharan Africa around $100 billion each year. This is far more than the continent receives in official aid each year. The important point to remember about this tax abuse is that this is money that is owed to the continent. In a recent report I wrote, I detailed one such example relating to Zambian copper mines where after many years of fighting the Zambian government has finally won a court battle to recoup some of those lost tax revenues. In that specific case, the money they were owed in Zambia would have enabled them to double their spending on health or education if they had received it.

To put this more bluntly, money that should be paying a teacher or nurse’s salary in Africa is in fact helping fund the lavish lifestyle of some multi-millionaire in a tax haven. Tax Justice is about trying to right that wrong.

Sunday 6th June has been designated Tax Justice Sunday and if you are able we would love you to share a short video during your service that highlights this issue. You can download it here.

It uses data from a recent United Nations report to demonstrate the difference that a fairer global tax regime could make. That fairer system is within our grasp. The OECD is currently negotiating how to reform the global tax rules. The US president has set out one way forward. At the moment, the current proposals are not especially fair to lower income countries but there exist ready made proposals for how they could be, and we believe that public pressure on our own government could encourage them to seek a more just solution.

The history of evangelicals and economic justice is one of which we can be rightly proud. Evangelicals were at the forefront of campaigns to end slavery, reform factories, end child labour, eradicate slum dwellings and introduce public health and education, but most of these initiatives were over a hundred years ago. We seem to have lost a bit of our mettle in this regard and tax justice could be the issue where we rediscover this calling. 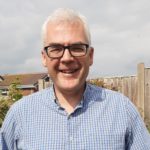 Dr Justin Thacker is the national coordinator of Church Action for Tax Justice. He was formerly the academic dean and lecturer in public theology at Cliff College and continues to lecture on a freelance part-time basis at a number of theological colleges. His most recent book is Global Poverty: A Theological Guide (SCM Press)