On Wednesday I was contacted by Tim Dieppe, a long time reader of this blog and recently appointed as Director of Islamic Affairs at Christian Concern, following the publication of the article about CC and the Wasteney case. I was happy to offer Tim a right of reply, giving Christian Concern’s more detailed perspective.

I would like to thank Ian Paul for allowing me to reply to the article published here on the Victoria Wasteney case. I have long admired the Psephizo blog and often found the articles helpful and insightful. I was, however, disappointed to see an article which is quite disparaging of our ministry posted on such a respected site. The main criticism in the article is that Christian Concern is selective in the material that it provides. There are also points raised about Victoria Wasteney’s case that I would like to respond to.

Christian Concern press releases about cases cannot be expected to comment on all the background issues surrounding each case, nor on every paragraph of a long ruling much of which is disputed in any case. It is entirely unreasonable to expect us to discuss all the details of a case in our releases. If we did produce a longer commentary on each case, we would still be accused of being selective because any release is necessarily selective. The ruling itself is also selective in what it includes and does not include. Had we written a longer briefing on this case, I doubt very much if we would have considered it necessary to comment on all the issues raised in that article.

On some of the facts involved, Victoria Wasteney did not “introduce Christian services on site”; she merely helped to facilitate them. These services were later suspended after a number of allegations about them. Victoria Wasteney was not subject to any disciplinary action in relation to that. She was merely informally warned about professional boundaries between her spiritual and professional lives. In passing, it is worth noting that Muslim fellowship meetings are facilitated at this location, and that Muslim staff are allowed to pray five times a day regardless of allocated break times, whereas Christians are often denied time off on Sundays, or breaks at lunchtimes to attend prayer meetings. No questions have been raised about what is taught at these Muslim fellowship meetings.

Peter Ould made reference to material from paragraph 63 of the original employment tribunal ruling which was not relied on in court, nor was it accepted as true by the court, nor has her former colleague ever turned up for any of these hearings or been questioned about these allegations. I ask the readers of this blog to consider how likely it is that a senior healthcare professional would say that Crohn’s disease “did not exist because it was not in the Bible and that only Jesus could heal her.” Anyone who has met Victoria Wasteney, as I have, would just not believe that she would ever say such a thing. The veracity of this claim also undermines the credibility of the other claims made in that section. Victoria Wasteney did not make the other alleged statements in that paragraph, and in fact they were withdrawn from the list of allegations.

Victoria’s colleague was a junior member of staff who did not report to Victoria. They established a strong relationship over several months with a common interest in human trafficking. There is evidence that conversations about spiritual matters were initiated by her colleague. Her colleague expressed interest in Victoria’s faith, and emails clearly show that she wanted to attend church events. Her colleague accepts that she never told Victoria to her face that these discussions were unwelcomed, and that she had given the impression of welcoming them. An example text message received by Victoria from her colleague is: “Hope your (sic) okay Victoria, your (sic) am (sic) amazing manager and a wonderful person, I hope you never feel otherwise!! Anyone that can’t see that is an idiot, see you tomorrow xx”. Does that sound like someone who is upset with Victoria, or feeling pressurised by Victoria?

There are only three allegations that held up in court, all of which were mentioned in Christian Concern’s press release: 1. She gave her colleague a book. 2. She invited her colleague to church. 3. She prayed and placed a hand on her colleague’s knee.

Can a football supporter invite a colleague to a football game? If the colleague is a junior one should they be concerned about professional misconduct? Out of an established relationship, Victoria gave her colleague a book and invited her to church. I think we can all agree that she should be able to do so. The prayer took place in a lunch hour when Victoria’s colleague was clearly distressed and came to see Victoria. Victoria obtained permission to say a short prayer and place her hand on her. Victoria’s recollection is that she prayed a few sentences and then went off to do an errand. This was a consensual action, in a lunch hour, out of an established relationship. It was a compassionate action for a friend. She was very surprised when complaints were later made against her.

No case is ever straightforwardly black and white. If we restricted ourselves to cases where there are no difficulties, then we would never do any cases. We support Victoria Wasteney because she behaved entirely reasonably throughout, and the case has important implications for the right of Christians to share their faith in the workplace. We will continue to support Christians who are suffering for manifesting their faith in various ways. This is very far from being a “fantasy land” for our clients, many of whom have lost their jobs or been excluded from certain professions for expressing their faith. 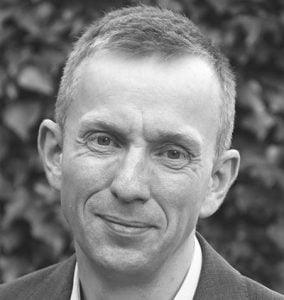 No doubt this response has been selective! Much, much more could be said, but this article is long enough already. Christian Concern has nothing to hide. We cannot, however, respond, or be expected to respond, to every query or criticism that is expressed online about our very public and high profile cases. I am not claiming that we are perfect, or that our clients are perfect and immune from criticism. Doubtless we make mistakes. I do appreciate some of the constructive and supportive comments made in the previous article. I hope that this interaction has been helpful in establishing some more trust and support of what we do. A 70-page case summary document is available here for those interested in more information about other cases that we have taken on.

11 thoughts on “Response: Christian Concern and the Victoria Wasteney case”