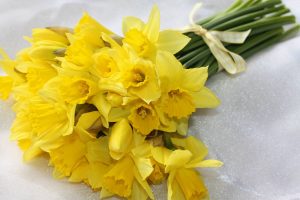 There’s probably no occasion in the calendar which is more bittersweet than Mothering Sunday—more recently but incorrectly called Mother’s Day—no other occasion which combines gratitude and celebration with pain and discomfort. Given how difficult we find it in modern culture to hold together joy and grief, it makes for a uniquely challenging pastoral moment. Kate Wharton from Liverpool Diocese commented on Sunday morning:

For another, moving and eloquent testimony of the joy and pain of Mothering Sunday, do read Garreth’s Frank’s reflection on the loss of his mother. Many will be full of gratitude for close relationships with their mothers in years past—but there will be many other feelings too. I grew up in a pretty normal family, mostly stable but with many of the usual ups and downs and challenges of family life. But I was never very close to my mother; our best conversations took place in the year before she died, when I used to travel to see her in a home. Because of her frailty as the result of a fall, she had mellowed considerably. I mentioned once how much I had disliked the first years of secondary school, to which she replied ‘Really? I had no idea!’ And it was true; she hadn’t. When our children were small, she announced that she wasn’t really into the grandmother thing, since she’d already done that with the children of my older brother and sister! (In fact, our children grew to be immensely fond of her.)

Why is Mothering Sunday such a source of joy and pain in the way that Father’s Day is not? Several years ago, Anne Atkins gave a remarkable Thought for the Day in which she claimed that her husband Shaun would never love their children in the way that she did. She was not in any way denigrating his commitment as a father—but was pointing out that he had not carried them as she had, they had never been part of his body in way that they had been part of hers, and that he never experienced the physical intimacy that came with breast-feeding. Our relationships with our mother and our father are different, and different in different ways for sons and daughters. In any family there are four possible kinds of relationships: fathers with sons; fathers with daughters; mothers with sons; and mothers with daughters. Each of them has a different dynamic—as I am reminded by my daughter who is taking A-level Psychology, and can comment on our family dynamics from whatever is the last subject she has studied in the course! There is a very strange stream in contemporary public discourse that, in the name of ‘equality’, seeks to eliminate these differences, and in doing so to eliminate recognition of the distinct contribution that mothers and fathers each make to our nurture. We ignore such differences at our peril.

As we turn to Scripture in order to reflect on these questions around mothering and motherhood, we find three important strands of thought.

The first holds up a mirror to our own experience in describing various mothers in the Bible. Think of the rivalry between Sarah and Hagar, and Hagar’s rejection and expulsion but blessing by God. Think of the disastrous actions of Rebecca as mother, her favouritism for Jacob sowing discord and conflict between him and his elder brother Esau that tortured him his whole life. Think of the jealousy and competition between Rachel and Leah. Think of the wordless agony of Hannah, longing for the child she could not have—her grief so intoxicating that the priest Eli thought she had been drinking. Think. of Mary, standing at the cross, not only seeing her own son die, but being tortured and publicly humiliated. So often, whilst the men are busy with the great affairs of state, fighting wars and building cities, we see the whole kaleidoscope of human emotion in these mothers.

But there is a different dynamic at work here too. Many parts of the biblical narrative depict the doors of history as turning on the hinges of the actions and decisions of powerful men, with the future of nations determined on the battlefield or by things decided at the city gate. Yet there is another, equally important, narrative, whether other doors, just as significant, hinge on the courage and commitment of these mothers, and the decisions that are made at home by the hearth. Think of Boaz and Ruth, the foreigner whose loyalty and determination lead her to become the great-grandmother of the greatest of kings.

The second strand explores the nature of God’s love for his people. God is, in different ways through the biblical narrative, described as the ‘father’ of his people, most fully in the teaching of Jesus, and is never called our ‘mother’—and there are good reasons for that. Yet God’s love is often characterised in motherly terms, and sometimes we don’t even realise it.

The powerful and dramatic deliverance by God of his people in the Exodus is described poetically as ‘carrying you on eagles’ wings’. Although this is an image of power, it is surely also the image of a mother rescuing her fledglings chicks from the nest before they are able to fly for themselves (compare Deut 32.11). It is an image revisited in Ps 103.5 and perhaps best-known from Is 40.31, but is also used in Rev 12.14 to describe the new Exodus journey of God’s people in the new covenant, on their journey through the desert of this world awaiting the promised land of the New Jerusalem when it comes down from heaven.

We find motherly themes in Ps 131, where the psalmist describes his soul as ‘like a weaned child’—his relationship with God is like that of a toddler, cuddled on his mother’s lap, no longer simply craving the milk that he needs, but content to rest in his mother’s company and enjoy it. A similar image is found in the eschatological promise of Is 66.13, where God comforts his people ‘as a mother comforts her child.’ Even Jesus is prepared to use a motherly image, as he longs to comfort Jerusalem ‘as a hen gathers her chicks under her wings’ (Matt 23.37, Luke 13.34).

The two most remarkable images of God’s parental and motherly love come in Hosea 11 and Is 49.

When Israel was a child, I loved him, and out of Egypt I called my son… I led them with cords of human kindness, with ties of love. To them I was like one who lifts a little child to the cheek, and I bent down to feed them…My heart is changed within me; all my compassion is aroused. (Hosea 11.1, 4, 8)

Can a mother forget the baby at her breast and have no compassion on the child she has borne? Though she may forget, I will not forget you! See, I have engraved you on the palms of my hands… (Is 49.15–16)

But there is also a third strand in Scripture: the identification of the people of God with a mother. In Is 66, God’s people in the agonies of exile and their longing for deliverance are depicted as a mother in the agonies of childbirth and longing for her deliverance (do you get the pun on the term ‘deliverance’?!) The same image is repeated in Micah 4 and 6, and this idea is redeployed and developed in Revelation 12. The deliverance of God will not simply give rise to the renewed people of God; instead, the woman clothed with the sun gives birth to the Messiah who becomes the means of her deliverance and rescue. (There is a parallel image used by Paul, in perhaps the most dramatic verse in his letters, where he too is in birth pangs until ‘Christ is formed in you’, Gal 4.19).

The metaphor is developed in Is 66 so that the nation becomes the mother of each individual, comforted and nurturing each one. There is a sense in which the people of God functions in a motherly way for all of us—the place where we came to spiritual birth, where we are given our first nourishment, where we are (hopefully) weaned onto solid food and grow so that we in turn can nurture and feed those who come to birth after us. The goal is that we all attain maturity (Eph 4.13). It was in this nurturing family that I discovered acceptance and unconditional friendship, by people who had discovered the unconditional nurturing offered by God, in Jesus and through the Spirit. 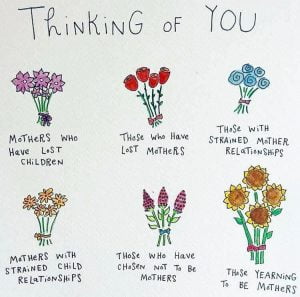 So on Mothering Sunday we offer to God gratitude for all our positive experiences of mothering—whether that is of being mothered or doing the mothering. And we bring to God our pain, frustration, disappointment and grief at the mothering we did not experience, or which have lost. And we do so knowing the motherly love of God, and experiencing that through mother church.

(This is the write-up of the reflection I shared at the 9 am service at St Nic’s on Sunday 11th March 2018. You can listen to the recording at the St Nic’s website.)

2 thoughts on “On mothers, church, and the motherly love of God”