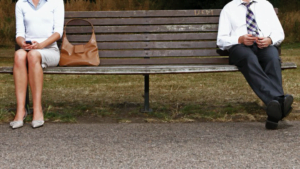 Kate Wharton, who is Vicar of St Bart’s, Roby in Liverpool Diocese, wrote a very helpful reflection on the so-called ‘Billy Graham’ rule. I republish it here with her permission.

Hmm. I’ve been meaning for ages to blog about this, but never quite got round to it. I think today’s the day, although I realise it’ll not be without controversy!

That source of all true and accurate knowledge, Wikipedia, says:

The Billy Graham rule is a practice among some male evangelical Protestant leaders, in which they avoid spending time alone with women to whom they are not married. It is adopted as a display of integrity, a means of avoiding sexual temptation, to avoid any appearance of doing something considered morally objectionable, and to avoid being accused of sexual harassment or assault. The rule has been named after Billy Graham, who was one of the early proponents of the practice. More recently, it has also been called the Mike Pence rule, after a US Vice President who also supported the idea.

I guess right at the start, before I go on to criticise the Rule (because you better believe I’m going to criticise it!), I should say that I absolutely get where it’s coming from, and what it’s seeking to avoid, and the desire for honour and holiness which lies behind it. I just don’t think that it goes about it in the right way.

I understand how it came about, as part of a wider rule called the ‘Modesty Manifesto,’ since Billy Graham and others were seeking to hold one another to the highest standard, and to ensure that nothing about how they behaved could be misinterpreted or misunderstood.

It’s also worth saying of course that there may be times when a woman wishes to enforce her own version of this rule, because she needs to keep safe and to feel safe, and that’s absolutely fine. I’m talking her about when this is enforced upon women.

Of course as Christians we need to live with the utmost integrity in our relationships. Of course we need not just to live that way, but also clearly to be seen by the outside world to be living that way. We’re called to be chaste, to be pure, to be above reproach. The Bible calls married people to live faithfully within marriage, and single people to be celibate. I absolutely support, endorse and uphold that standard.

And equally, of course we have to be realistic about the world in which we live, about the temptations we all face, about the sinful behaviour to which we are all prone. We all need to be honourable in our relationships, to steer clear of temptation, and to make wise choices.

I’m not naive about this. I have witnessed far too many marriages, families and churches torn apart by sexual sin. This stuff really, really matters. The thing is, it actually matters *too much* to be neatly packaged away in a ‘rule’. And not just any rule, but a rule which demeans and degrades everyone. A rule which casts the man in the role of weak willed robot, slave to his desires, incapable of withstanding temptation or resisting feminine wiles. A rule which casts the woman in the role of sultry temptress, who with one wink of her eye can draw the man into sin. It’s like a cross between a low budget Channel 5 romance and a shampoo advert. Surely we can all do better?

Tish Harrison Warren has written an article about this in Christianity Today, where she says this:

This rule, in its most pristine form, renders male-female friendships impossible. However unintentionally, it communicates to women that they are fundamentally dangerous. And it bars men from meaningful mentorship or pastoral care of women and vice versa.

I have some great male friends. Some of them are married, some are not. If they are married, I always make sure that I get to know their spouse too. In most cases I know and am friends with both, and see both together. Sometimes though, I might spend time with just the man. There’s my friend who I sometimes go out with for curry and beer. He’s basically the big brother I never had. We have a laugh, and set the world to rights. He’s got a brain the size of a planet, and is right an annoying amount of the time (but not as often as he thinks he is!). I adore his wife too, and his kids, but sometimes I just want to go for a curry with him.

It’s right and proper, of course, to be careful about how this all works. With my big-brother friend mentioned above, I’d always want to make sure that his wife knew when we were going out. I also have a rule that I wouldn’t ever stay overnight in a house where there was only a man, or have a man on his own come to stay here. That seems to me to just be sensible. Plus there’s also something about what others see—I don’t want the neighbours’ curtains twitching! Recently I was due to see some good friends after a conference, have dinner with them, and stay overnight. At the last minute, the wife had to go away. So I still went to the conference, still had dinner with the husband, and then got the train home. Would it have been perfectly safe and chaste and above board if I’d stayed overnight? Absolutely. Was it the right decision to come home? I think so. Because it’s important to have rules, and boundaries, and to be wise.

So I definitely think it’s wise to have some boundaries, and to have thought them through in advance so that everyone’s clear. But for me the problem with the BG/MP rule is that it says ‘fire is bad’ and so removes not just matches and lighters from the house, but also all paper, cardboard and wood. And then it douses the whole place in water.

Honestly, I find it offensive. I am offended that a man would think that half an hour alone with me in a car or a meeting room or a restaurant would mean he’d immediately be led astray. (Ha! Maybe I should be flattered instead!)

I’m offended on behalf of all of the women who have been denied access to meetings and conferences, left out of the old boys’ network, and missed out on mentoring opportunities. That’s where it leads, I think, at least today, in its modern incarnation. It leads to women being denied a place at the table because everyone else around the table is male. 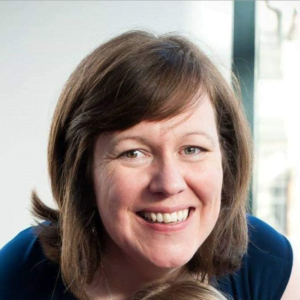 But I’m also grateful, and I’m hopeful. I’m grateful for the extraordinary number of good, holy, Godly, honourable, wise, funny, kind men I know, men who are friends and colleagues and mentors to me.

And I’m hopeful that we might learn to live better together. To live lives which are pure and chaste, which honour one another and honour God. To show the world a model of loving friendship which knows that there’s more to life than sex.

58 thoughts on “Is the ‘Billy Graham’ rule a good thing?”