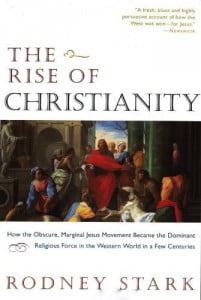 It is often thought that the decline in church attendance in the West is so precipitous, and the erosion of Christian values so rapid, that if the Christian church is to recover something very dramatic must happen. This can manifest itself in the quest for a ‘technique’ of leading church or of mission (often brought across the pond from the States), or the seeking of a dramatic act of God in some sort of ‘revival.’ Or perhaps the effect is to make many in the church feel that the task of recovery is too difficult, and there is no option but to accept the continued decline with good grace.

Curiously, this concern is also manifest, as a kind of mirror image, in the history of the early centuries of the Christian movement, the period when the church experienced its most rapid period of sustained growth in any time in its history. Historians of the period have mostly worked with two assumptions: that the ‘triumph’ of Christianity was more or less inevitable; and that it could only be accounted for by periods of dramatic mass conversion. Without these, the numbers don’t add up.

I have just read Rodney Stark’s The Rise of Christianity, and in his opening chapter he debunks both these ideas, expanding on the detail in subsequent chapters. I should say I am a bit late to this—Stark’s book was first published 20 years ago. And the book as a whole took me rather by surprise. I expected a continuous narrative or argument; in fact the chapters bring together what were originally separate studies, mostly previously published as academic papers. At some points the work is quite technical, and Stark assumes that the reader will understand about statistical correlation and levels of statistical significance. And each study draws on a great depth of previous research; for example, Stark mentions in passing how he calculated the distances between cities in the Roman world, which actually takes quite a lot of effort. (See the detail provided by Mike Thompson in his chapter ‘The Holy Internet’ in The Gospels for all Christians, published a year after Stark.) Stark is quite unsentimental in his calculations of, for example, the impact of different rates of mortality amongst Christians and pagans because of their different reactions to the outbreak of an epidemic, and is happy to sweep aside the previous consensus in social scientific study of religion on the grounds of evident bias in earlier studies.

Stark begins with a starting figure of 1,000 members of this new Jesus movement in the year 40 (he is happy to be a little sceptical about Luke’s claims in Acts about ‘thousands’ coming to faith early on) and ends with the suggestion that by 350, Christians were in the majority by the year 350 in an Empire with a population of 60 million. This suggest to him a growth rate of the movement of 40 percent per decade, and gives this table of the growth of Christianity:

It looks like there is astronomic growth in the later years, as is often noted in the literature. But Stark points out that this is just a feature of compound growth (and is the reason that you ought to start investing in your pension scheme when young). The rate of growth here continues at the same rate. Stark also notes that this growth looks painfully slow at the beginning; he returns later to explore why the movement might have sustained itself through this period when new religious movements often give up, discouraged. But he also notes that this is why we have just about no archaeological evidence of Christians prior to 180; it was too insignificantly small to leave any detectable footprint. To support this model of growth, Stark correlates it with a range of estimates and data, the most convincing being actual numbers of Christians in an area of Egypt calculated by inspecting names on graves—so it looks like a convincing model. In the light of this, Stark can debunk suggestions that there must have been mass conversions or dramatic miracles for this to have happened, using my favourite phrase in the whole book: ‘There is no substitute for doing the arithmetic.’

Why is this relevant to our present situation? Well, what does 40% growth per decade actually look like? As Stark points out, due again to the compound nature of growth, it is a ‘mere’ 3.42% per year. So what would the dramatic revival that we need look like? If you are in a congregation of 50, then that means imagining perhaps one or two more people joining you in the course of a year. If you are in a congregation of 100, then it means seeing perhaps three or four more in a year’s time. What struck me about this is that it is perfectly imaginable and not at all discouraging as an unattainable goal for any congregation. And yet it is this kind of growth which saw Christianity turn from a tiny, marginal cult to a movement which transformed the Empire. We just have to ‘do the math.’

Now there are, of course, several provisos to this. It only works if the growth is a steady 3.42% per year. Stark argues that the main reason that this growth was sustained was that the early Christian movement remained a socially open network. Many churches stop growing because the members have no significant friendships outside the congregation, and it is friendships which form the bridge across which Good News can travel. In the UK, I would also suggest that small churches find it much easier to grow at a percentage rate than large churches—so to sustain growth here we would need to be committed to church planting once congregations reached a certain size. (I am just trying to think if that is being done by any large churches in England at the moment…) 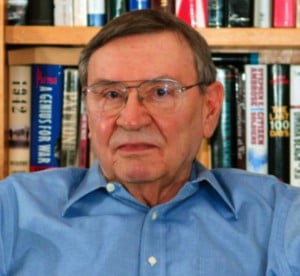 Another major proviso is that, in order to grow at this rate, you need to replace the members that have ‘gone to glory’. Stark notes that this happened in the early church through that often-neglected phenomenon, biological growth. In other words, Christians had children and raised them in the faith. It is quite a good way of replacing those who have grown old and died! Having recognised the importance of reaching young people, many churches have invested in employing youth workers, and the whole area of ministry has been professionalised and invested in through the development of youth work courses and qualifications. The only trouble with this is that it might be precisely the wrong strategy. A few weeks ago I was speaking to someone who has been prominent in the national scene in youth work, and he pointed out to me the problems. In the ‘old days’, youth work would have been overseen by a group of adults from the congregation, working together, some of whom would have been parents of children in the group. This means two things. First, the youth work will naturally be connected with families in the church and issues of parenting, so that the two are integrated and support one another. Secondly, with a choice of adults to relate to, there is less dependence on one star to whom all youth of every background and personality must get on with and like. In other words, plural leadership connected with the wider church is far preferable to monarchical leadership which operates independently from the life of church families.

That aside, the challenge of Stark’s number-crunching is a reminder that church growth is more about focus than fireworks, more of a marathon than a sprint—something that calls for a long obedience in the same direction. Perhaps that requires more depth of thinking, praying and acting that we sometimes allow for.

33 thoughts on “How fast should the church grow?”