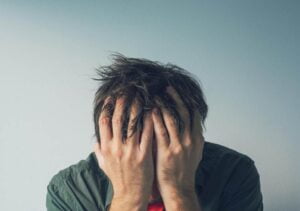 Rebecca Winfrey writes: As they sat in the front seats of the parked car, Judith know that her mother was about to launch into one of her rants about Judith’s recent gain in weight. But on this occasion, things turned out differently. An enormous Lion stepped into the space between Judith and her mother, and as her mother drew breath to begin her tirade, the Lion started to roar. And his roar was so loud that Judith couldn’t hear a word her mother was saying.

This was the mental picture given by God to someone who came to me for prayer ministry. She needed help with crippling inner shame which had affected her since childhood. It had led to an eating disorder and several episodes of severe depression. She smilingly told me a few weeks after our prayer session that she had been able to return to work with her head held high because she knew that the ‘Lion’ was with her. This time of prayer had been one small step, but a significant one, in her healing. A ministry of allowing God to reframe shaming memories is part of the practical outworking of my theological conviction that toxic shame (a sense of wrongness in who one is, not in things done wrong) is an important category of brokenness, though it is one that has been largely ignored by the Western Church.

Shame and guilt are often confused, and it is very important to distinguish them clearly because they need dealing with in very different ways. Please note that here I am not talking about the kind of shame that comes from being guilty. I am writing of the kind of shame some have called ‘toxic shame’ which stands alone and can be distinguished from guilt in the following ways:

Jon Kuhrt, in his review of my Grove book The Cross and Shame, which was published on this blog last month, noted that the shame I am speaking of is a particular issue for the homeless and young people, which it is. But Judith is not homeless, nor is she a young person. She is a middle-class, white professional. She represents many unexpected people who have been touched by what I have written and taught about shame.

One clergy-person came up to me after listening to a talk I gave on this topic, and admitted, ‘Your words may just have changed my life’. But when I have spoken to others, they haven’t been able to see that it affects them too. Perhaps that is because it is simply too painful to admit to it. Or perhaps it is only those who have found themselves lower in status who can identify with this. Women, divorcees, those who have been made redundant, those who have been mentally unwell, those who are disabled or have been bullied at school or at work – all these will have experienced shaming and may still struggle with it. Even if ministers can’t identify with this for themselves there will be a large proportion of their congregation who will. Once you start to see it, it appears all over the place.

What is it that prevents a bishop from acknowledging that one of his clergy has been a perpetrator of sexual abuse? The shame of association. What is it that drives the ‘Black Lives Matter’ movement? The shame of being treated as ‘less’ for the colour of one’s skin. What is it that makes it a titanic struggle for a woman to leave an abusive marriage? The shame of years of erosion of her self-respect. What makes it so hard for young graduates to keep sending out hundreds of unsuccessful job applications? The shame of rejection. So many of the issues that are acutely painful in our society revolve around shame. ‘Am I worth it?’ is a question that won’t be resolved by using a well-known face cream ‘because you’re worth it.’

Shame, rather than guilt, is the sense of wrongness in themselves that most people in our society are familiar with. In the past people struggled with guilt, perhaps because they had a stronger sense of duty. But in my pastoral work I have rarely had anyone say this is a problem for them. In contrast it is so common for them to be struggling with shame. We urgently need to focus on the aspects of the gospel that deal with this presenting issue.

Jesus spent his life dealing with shame, but we haven’t seen it because we’ve been so concerned with his work of dealing with guilt. The man with leprosy who came to him at the beginning of Mark’s gospel hadn’t done anything wrong. But he had been shamed and excluded by many people, so he was unsure how Jesus would react to him: ‘If you are willing, you can make me clean’ (Mark 1.40). Filled with compassion, Jesus reached out his hand and touched the man. ‘I am willing, he said. ‘Be clean.’ Jesus had done so much more than healing the man’s leprosy. In those words ‘I am willing’ was the affirmation that would heal his shame.

The story of the woman with the haemorrhage is another such. She also had been excluded from the community through no fault of her own. Jesus’s insistence on seeing who had touched him, and on praising her for her faith, healed not only her body but her shame, and brought her back, standing tall, into the community. Here was Jesus’s teaching ‘the last shall be first’ fleshed out.

Shame doesn’t respond to the message ‘repent and receive the forgiveness of God’, because it is not about something we have done. We need more in our toolbag for curing  souls than confession and absolution. It is looking into the face of God and finding affirmation that heals shame. ‘Restore us O God; make your face shine on us, that we may be saved’ (Ps 80.3).

We say that to get to the point of being able to look into the face of the God we need to come to the Cross. But when dealing with people who are particularly affected by shame, we need to be very careful how we talk about the Cross. Penal substitution, the explanation that Christ was sent by his Father to take on himself the death sentence due to us for our sin, is a good model of the atonement to explain how the cross deals with guilt. I am aware that it is a model much loved by evangelicals. But I would ask them to consider carefully the effect it may have on a person struggling with shame.

One problem with it is that to explain the cross in this way you have to start by telling the person that they are a sinner. I’m not saying that that is not true—of course it is—but this may not be a good place to start. The urgent question the person struggling with shame is asking is ‘Am I worth it?’ not ‘How can I deal with my guilt?’ If someone already feels that there is something profoundly wrong with them, telling they are a sinner will only drive them further away.

The other big problem is that a person suffering from shame may well be the victim of past abusive behaviour. Statistics show, for example, that nearly a third of adult women have been the victims of domestic abuse (Crime Survey of England and Wales 2018). This figure is large enough; it does not include another large group who have been abused in childhood. A minister may well be unwittingly speaking to someone whose sense of shame has been evoked in this way. The description of God deliberately sending his Son to the cross echoes too loudly with these people’s experience of an abusive parent for them to see it as anything other than ‘cosmic child abuse’. Traumatized people’s brains have been re-wired to be hypervigilant. They continually scan the environment for anything that has the same feel as the abuse that happened to them. You can ask them to accept the logic that God the Father sent Jesus to the cross with his full consent all you like, but it is neither fair not realistic to expect their subconscious to stop flagging up ‘don’t trust him’.

It seems to me that, to deal with shame, it is much more effective to draw on older explanations of the cross, as the Eastern Orthodox church does to this day. The Early Fathers described humanity’s problem as being in bondage to the devil, which fits very nicely with a shamed person’s experience of a taunting inner Accuser. Using Irenaeus’s concept of recapitulation we can say that he pioneered a path through death to resurrection and glory. We know that Jesus has identified with our shame in the most shameful death possible. He now takes us with him out of the ‘death’ of the devil’s prison of shame and up into the resurrection and the glory of the affirming love of God. Then ‘we, with our unveiled faces all contemplat[ing] the Lord’s glory [will be] transformed into his likeness with ever-increasing glory’ (2 Cor 3:18). That glory is the opposite of shame.

At a later date, as their relationship of trust with God develops, people will feel safe enough to deal with their guilt, and penal substitution may be a helpful model of the atonement at that time. But it is by no means the only explanation of the cross that can be drawn from the biblical text. We need to follow the example of St Paul in Acts 17, and shape our presentation of the gospel to the needs of the listeners.

So please don’t ignore shame. If you can admit to even a small effect of shame in your own life, it helps with empathising with it in others who are more profoundly affected. And once you have seen it for yourself, you will start seeing it everywhere. Lots of theologians are already doing this. There has been a flurry of books released on this subject in the last decade. Here are my favourites: 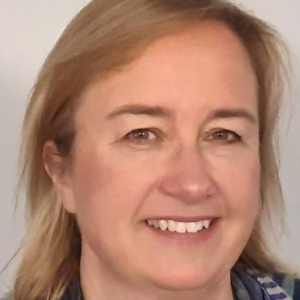 (The story at the beginning of this piece has been told with the consent of the person concerned and with her name changed.)

Rebecca Winfrey worked as a doctor in general practice, hospice medicine and in a mission hospital in Uganda. Since acquiring an MA in pastoral theology, Rebecca has pursued her interests in psychology and theology as a pastoral worker in a church with significant outreach to disadvantaged families. She explores the issue of shame and the cross in her Grove booklet The Cross and Shame: speaking of atonement in a shame-filled society.

30 thoughts on “How do we deal with the invisible plague of shame?”