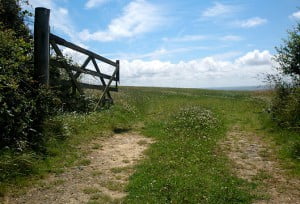 I am not really convinced by the idea of New Year’s resolutions. Although it is good to reflect on life, our goals and priorities, resolutions have never really worked for me and I don’t think they work for many others. (January is the biggest time for new gym subscriptions—but the gym habit doesn’t last for most people.) This is in part because January is not the time when we naturally make changes; that privilege belongs to September, when most of us have had time to reflect over the summer. It is also because ‘making resolutions’ is not the way that most people embrace change.

So instead of suggesting resolutions, I offer here four prayers, or poems-as-prayer, for the new year.

The first is very well known, and is by Minnie Louise Haskins. Though first published in 1908, it was made famous when George VI read it in his New Year broadcast in 1939—a prophetic word for a country on the brink of global conflict. I remember seeing it cast in iron at a cathedral—I think perhaps in York Minster. Most people know only the opening sentences, and not the poem that follows. It challenges me to accept God’s mysterious work, though perhaps suggests too much that discipleship involves passive acceptance rather than active embracing.

The second comes thanks to Revd Richard Coles, who posted it on his Facebook page. It was written by Alfred, Lord Tennyson, in 1850, the year he was appointed Poet Laureate. It originally formed part of an elegy to his sister’s fiancé who died aged 22, and you can hear hints of grief particularly in the third stanza. It has been set to music several times, and (slightly curiously) is read as part of the public celebrations in Sweden every New Year. I like the rhyming pattern (1–4, 2–3) which is chiastic, suggesting beginnings and endings, as well as the implicit claim at the end that Jesus is in fact the key to all change in life, and in particular the movement from death to life, from despair to hope, and from the past to the future. The penultimate stanza also hints at postmillennialism, which was a widely held doctrine in the nineteenth century.

The third is a Puritan prayer from a collection The Valley of Vision edited by Arthur Bennett in 1975 (pages 206–207). It was sent to me by a friend Tabitha Smith from Poulner Baptist Church in Ringwood, Dorset. I love the challenge of the Puritan tradition and its absolute sense of dependence on and dedication to God. Alongside that, I also find the tradition austere in its demands, and want to find God in celebration and the ordinary business of life as a counterpoint to the strenuous demands of total discipleship. But I love the way the second half of this prayer deploys the metaphor of sailing rooted in the triune action of God.

The last one is a personal favourite which I used to have pinned on my study wall. It is by Francis Drake, and similarly deploys the metaphor of sailing (not surprisingly). Apparently he wrote it in 1577 as he departed Portsmouth on the Golden Hind to raid Spanish gold on the west coast of South America. He returned with booty worth half a million pounds, and received his knighthood from Queen Elizabeth, so I guess that would count as a prayer answered.

None of these, perhaps, offers a rounded sense of discipleship. But each offers some powerful and challenging images for renewed discipleship in the year to come. What is your favourite prayer for the New Year? Add it in the comments below.

Additional Note It appears as though the prayer attributed to Francis Drake actually has no connection with him at all (h/t Jeremy Fletcher). This blog tracks it down to 1962:

In its first detectable appearance, (in The Minister’s Manual, Vol. 37, a sermon helper for the year 1962), the prayer ran “Stir us, O Lord,” and it was apparently written or compiled by a gentleman named M.K.W. Heicher. How it got associated with Drake, I have no idea.

There is another prayer often attributed to Drake which goes as follows:

O Lord God,
when though givest to thy servants to endeavour any great matter,
grant us also to know that it is not the beginning,
but the continuing of the same unto the end,
until it be thoroughly finished,
which yieldeth the true glory;
through him who for the finishing of thy work laid down his life,
our Redeemer, Jesus Christ.

There must be a begynnyng of any great matter, but the contenewing unto the end untyll it be thoroughly ffynyshed yeldes the trew glory… If we can thorowghly beleve that this which we dow is in the defence of our relygyon and contrye, no doubt but out mercyfull God for his Christ, our Savyour’s sake, is abell, and will geve us victory, althowghe our sennes be reed.

or, in modern English:

There must be a beginning of every matter, but the continuing unto the end yields the true glory. If we can thoroughly believe that this which we do is in defence of our religion and country, no doubt our merciful God for his Christ our Saviour’s sake is able and will give us victory, though our sins be red.

The last phrase appears to come from Isaiah 1.18.

And I said to the man who stood at the gate of the year: “Give me a light that I may tread safely into the unknown.”
And he replied:
“Go out into the darkness and put your hand into the Hand of God. That shall be to you better than light and safer than a known way.”
So I went forth, and finding the Hand of God, trod gladly into the night. And He led me towards the hills and the breaking of day in the lone East.

So heart be still:
What need our little life
Our human life to know,
If God hath comprehension?
In all the dizzy strife
Of things both high and low,
God hideth His intention.


God knows. His will
Is best. The stretch of years
Which wind ahead, so dim
To our imperfect vision,
Are clear to God. Our fears
Are premature; In Him,
All time hath full provision.


Then rest: until
God moves to lift the veil
From our impatient eyes,
When, as the sweeter features
Of Life’s stern face we hail,
Fair beyond all surmise
God’s thought around His creatures
Our mind shall fill. 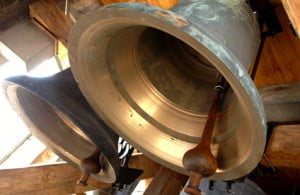 Ring out the grief that saps the mind,
For those that here we see no more,
Ring out the feud of rich and poor,
Ring in redress to all mankind.

Ring out a slowly dying cause,
And ancient forms of party strife;
Ring in the nobler modes of life,
With sweeter manners, purer laws.

Ring out the want, the care, the sin,
The faithless coldness of the times;
Ring out, ring out my mournful rhymes,
But ring the fuller minstrel in.

Ring out false pride in place and blood,
The civic slander and the spite;
Ring in the love of truth and right,
Ring in the common love of good.

Ring in the valiant man and free,
The larger heart, the kindlier hand;
Ring out the darkness of the land,
Ring in the Christ that is to be.

O Lord,
Length of days does not profit me
except the days are passed in Thy presence,
in Thy service, to Thy glory.
Give me a grace that precedes, follows, guides,
sustains, sanctifies, aids every hour,
that I may not be one moment apart from Thee,
but may rely on Thy Spirit
to supply every thought,
speak in every word,
direct every step,
prosper every work,
build up every mote of faith,
and give me a desire
to show forth Thy praise;
testify Thy love,
advance Thy kingdom.

I launch my bark on the unknown waters of this year,
with Thee, O Father as my harbour,
Thee, O Son, at my helm,
Thee O Holy Spirit, filling my sails.
Guide me to heaven with my loins girt,
my lamp burning,
my ear open to Thy calls,
my heart full of love,
my soul free.

Give me They grace to sanctify me,
Thy comforts to cheer,
Thy wisdom to teach,
Thy right hand to guide,
Thy counsel to instruct,
Thy law to judge,
Thy presence to stabilize.
May Thy fear by my awe,
Thy triumphs my joy. 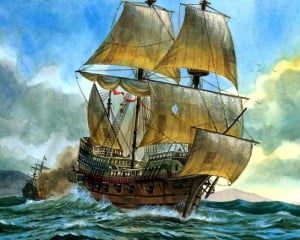 Disturb us, Lord, when we are too well pleased with ourselves,
When our dreams have come true
Because we have dreamed too little,
When we arrived safely
Because we sailed too close to the shore.

Disturb us, Lord, when
With the abundance of things we possess
We have lost our thirst
For the waters of life;
Having fallen in love with life,
We have ceased to dream of eternity
And in our efforts to build a new earth,
We have allowed our vision
Of the new Heaven to dim.

Disturb us, Lord, to dare more boldly,
To venture on wider seas
Where storms will show your mastery;
Where losing sight of land,
We shall find the stars.
We ask You to push back
The horizons of our hopes;
And to push into the future
In strength, courage, hope, and love.

7 thoughts on “Four prayers for the New Year”